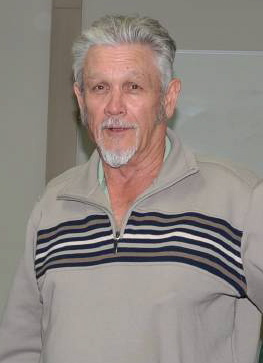 Much loved Father of Craig, Darren and Bradley.

Adored Poppy of his 13 grandchildren.

A Funeral Service will be held at Kiama Presbyterian Church, Thursday 8th April 2021, commencing at 11am.

I’m sorry to hear of Adrian’s passing.
My thoughts and prayers are with you and the family at this sad time.
Joan Hoare
Joan Hoare 1 week ago

Thinking of you all today

We remember a kind lovely friend to us

We were deeply saddened to hear of Adrian’s passing.

Always had a smile and the time to stop for a chat.

Our sincere condolences to Leone and the family.

A bloody lovely bloke whom I remember from Nowra.

That study found the West Cambewarra options would not measurably ease the traffic on Illaroo Road.

Councillor Jane Bange has been lobbying for council to develop the existing road reserve, or adopt an option which would be west of the existing West Cambewarra Road.

The main stumbling block against using the existing road reserve, is that the RTA has indicated it would not approve another road feeding into the roundabout at Glendon Motors.

The current study is on hold, waiting for traffic modelling in connection with council’s Nowra/Bomaderry structure plan to be completed.

WHILE the debate raged over where a link should be established between Bomaderry and North Nowra, a traffic policeman came up with a scheme in 1999 to relieve traffic congestion at the Shoalhaven River bridge.

“This would allow the complete removal of traffic lights at the Princes Highway and Illaroo Road intersection, and alleviate the constant stopping and queuing problem” he said.

“Such a construction would mean all pylon supports would be on dry land and not on the river bed, reducing the cost.

However, Shoalhaven City Council’s city services manager, Barry Russell said the suggestion would not solve the problem of increased traffic on Illaroo Road.

“The original link road was aimed at reducing traffic at the Illaroo Road/Princes Highway intersection, and along Illaroo Road,” he said.

SHOALHAVEN City Mayor Greg Watson believes the RTA should urgently look at constructing a third crossing of the Shoalhaven River.

“The plans the RTA have at the moment are for a complete bypass of Nowra, and that’s 40 years away, and you would be looking at spending $60 to $100 million,” Cr Watson said.

“And a bypass of the town would not solve the traffic problems in North Nowra.

“What we need to be looking at is a bridge to the west of the new bridge.

“That way the two pavements could be merged, and it would be easy to dedicate two lanes to Illaroo Road traffic, removing it from the highway traffic.

“That way you could remove the traffic lights at Illaroo Road.

“The existing bridges carry 46,000 vehicles a day, and capacity is fast running out.

“I wouldn’t suggest placing the additional bridge to the east of the existing structures.

“The acquisition cost of land in the area would be horrendous.”

STATISTICALLY speaking, Illaroo Road has been carrying far in excess of the recommended traffic load for a residential street.

According to the studies done by Mitchell McCotter back in 1995, by 2011 Illaroo Road is expected to be carrying 25,573 vehicles a day.

Again, according to Mitchell McCotter, this figure would only be reduced by about 5000 vehicles a day if any of the West Cambewarra Road options are adopted.

However, an estimate of accidents per million vehicle kilometres in 2011 shows that the West Cambewarra Road options would significantly reduce accident rates from 10.6 if no link is established down to 7.86.

Back in 1995, it was estimated that the West Cambewarra Road options would cost from $5.8 million to $7.7 million, whereas the Shoalhaven City Council preferred route, Narang Road to Pitt Street, North Nowra, would have cost from $4.8 to $7.7 million.

Retired officers from across the Shoalhaven were honoured on Thursday as part of the special event.

It is important we recognise the great work each of you have done for our organisation and the contribution and service to the people of NSW, Acting Superintendent Thone said.


We honour your contribution and sacrifice and ongoing legacy of our retired NSW Police officers.

Policing is a dangerous profession, and the risk taken by all our officers as they serve the community daily comes with inherent danger.

Some of our fellow officers have unfortunately paid the ultimate price with significant injury and loss of life.

This loss is a reminder of the sacrifice of all of our officers, both sworn and unsworn.

You set the platform for the future.

Acting Superintendent Thone said it didn’t matter what duties officers performed, they had all contributed to making NSW police one of the most progressive and modern law enforcement agencies in the world.


That connection will never leave you, he said. We that remain, and those whom are beginning their police careers are honoured to continue

Daryl Irvin
I worked with Adrian at the STP North Sydney in the 70s.
His affectionate nickname in those days was Adrian Damnslow.
I didn’t see him from those days until I saw him again at the last Retired HWP/Traffic at Huntingwood and we had a chance to talk over old memories.
Rest In Peace Adrian my friend…

So very sorry to hear of Adrian’s passing. My thoughts are with Leone and the rest of the family. I will always remember him as a gentleman who did a lot to help me join the Police.