‘possibly’ from Academy Class 94A

He was deemed ‘Competent’ to drive Buses on 6 November 1973

Awards: Commended for part played in the search for Monica Schofield, missing from Heathcote Hostel from 17th June, 1963, and whose body was subsequently found buried in the bush on the 25th June, 1963.   N. T. W. ALLAN, Commissioner of Police – 9 April 1964

Commended for part played in fighting the disastrous bush fires which occurred in the County of Cumberland during March, 1965.   N. T. W. ALLAN, Commissioner of Police – 19 August 1965

23 March 1972 – “Highly commended for his outstanding courage and devotion to duty on the 30th September 1971, at Lurnea in confronting an armed man who had earlier murdered two members ( RILEY & McDIARMID ) of the Force.  On the offender raising a pistol the Constable shot and killed him. 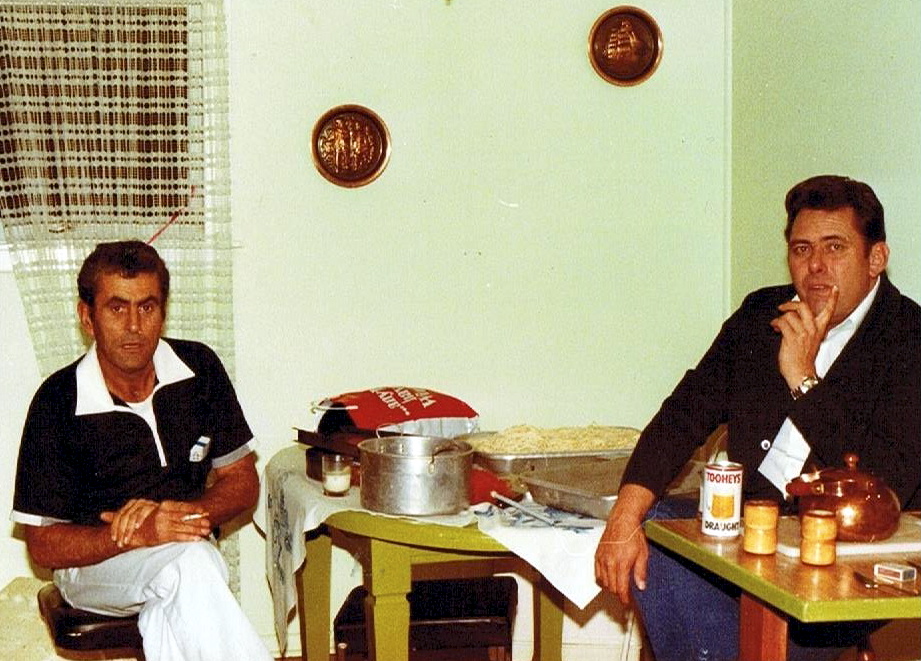 September 1971: Fatal Shooting 22 Division.
Mid-morning of 30th September 1971, a female walked into Blacktown Police Station to report a murder /rape earlier that day at Toongabbie. Sgt 1/c. William. W. Riley and Sgt 3/c. Maurice. R. McDiarmid attended the scene. Soon after both Officers were shot dead by the suspect Ronald Clark, using a .22 calibre repeating rifle. He then stole both Officers .38 Smith and Wesson revolvers.
Clark escaped in a vehicle. That afternoon the car and armed suspect were seen travelling in Hoxton Park Rd, Green Valley, in the Liverpool Patrol, by Constable Alfred Gregory and Constable L. A. Crawford of Cabramatta. The suspect was pursued, refusing to stop. On making a right turn into Hill Road, Constable Crawford, heroically rammed the suspect’s car, causing it to crash into petrol pumps at a service stationed at that intersection. Constable 1/c. Gregory immediately alighted from the Police vehicle and confronted Clark who aimed a firearm at Constable Gregory. During this confrontation Clark was fatally wounded by Constable 1/c Gregory. Later in his service Sgt Alfred Gregory was station at Liverpool on General Duties.
Annual Report of the Police Department of New South Wales for 1971.
Courtesy of Liverpool ( NSW ) Police Time Line ( 1788 – 2016 )
[divider_dotted]

SYDNEY, Friday. — One city and five country policemen had been awarded the Queen’s Commendation for Bravery, the Governor of NSW, Sir Roden Cutler, announced today.

The citation for Constable Chapman says that in Lord Street, Kempsey, on October 13, 1970, he saw a car being driven at high speed and in a dangerous manner.

He stopped the driver who pointed a sawn-off .22 calibre rifle at the constable and shouted abuse at him.

The driver disarmed Constable Chapman and forced him at gunpoint to enter the car.

During the journey south along the Pacific Highway, “he held the police revolver at the back of the constable’s head, continued to abuse him, threatened to kill him and fired two shots, apparently out of the car window, as a warning to the constable“.

At Kew Constable Chapman managed to alert the proprietor of a service station.

Sergeant Third Class P. N. Long, of Kew police, arrived but was disarmed, and forced to enter the car.

The man was subdued, later charged with various offences and sentenced to 14 years’ hard labour.

http://trove.nla.gov.au/newspaper/article/101992408
[divider_dotted]
Upon joining NSWPF – Alf was described as:
5′ 11″ tall, 12 stone 9 lb, hazel eyes, brown hair, medium complexion.
He was previously employed as “Call Boy”, Cleaner and fireman for 6 years with the Dept. Railways.
Alf was a train driver prior to joining the Police Force, he loved his beloved trains, he used to talk about the old steamer he shovelled coal on and the runs he made with the railway. A couple of things about Alf, he was very musically talented, he could play any keyboard instrument by ear, no music, he’d just sit down and play. He had his own Organ at his house and he loved it. Another thing that was outstanding with him was his handwriting. He had a beautiful handwriting style. The charge books he wrote in were copperplate, and a short while ago I went to Tingha just to see where he’d worked. I managed to get into the Police Station there and rummaged through some of their old records, sadly a lot of them had been destroyed but I managed to find a sample of this handwriting dating back to the mid to late 1960’s in an old index book. I showed it to the Senior Constable on duty there and he agreed about Alfs style.
Peter Croucher – 2017
[divider_dotted]