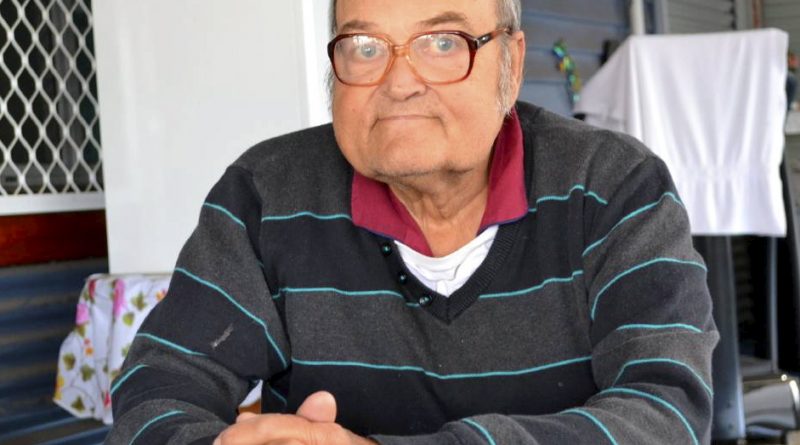 Late of Collie, W.A. – formerly of Hillman – near Rockingham, W.A. and formerly of Fairfield, NSW.

I used to work with Alf at Fairfield in the late 1970s and always found him to be a nice bloke.

Alf had been living in W.A. for many years until his death.

THE settlement in Collie ( W.A. ) of a number of families from Iraq, Iran and Myanmar has brought back memories for Austrian born Fred Peschel.

upon the long journey to Australia by ship at age 11.

“My mum, two brothers and my sister, without a dad, came to Australia as immigrants,” he said.

Fred travelled with his family from Genoa, in northern Italy, their first port of call being Fremantle, before sailing on to Melbourne and embarking on a bus trip to what was then called the Villawood Migrant Hostel.

Fred and his family spent two years at the hostel and he laments the re-naming and re-purposing of his old home.

“I think that’s wrong,” he said of the old hostel’s rebranding as the Villawood Detention Centre.

“They are being detained but they’re not prisoners.”

The immigration issue is very topical at the moment in Collie and Fred feels passionately about recognising any new migrants as people who deserve a chance at a better life.

“We came here for a better lifestyle, which is exactly what these people are doing,” he said.

Although he would go on to become happily married with two children and seven grand children, things were not all good in Australia.

“I couldn’t handle it in school because I couldn’t speak English. I struggled from the age of 11 to 14,” he said.

He describes the difficulty of being a child in a strange land and being unable to speak a word of English.

“It was hard to communicate. I was only 11, only a child.

“It was hard for us to adjust and this is why it will be hard for these new people to adjust.”

He is quick to point out that while he was teased a bit at school because of his difficulties with the language, people were not racist.

Fred got himself a welding apprenticeship at 14 and from there was able to move into the police force, where he worked for 21 years before moving to Western Australia.

Fred lived in Hillman, near Rockingham, from 1990 until 2004 when he made the journey south to Collie.

“We wanted to get away – Rockingham is getting as busy as most Sydney suburbs,” he said.

Fred has now been in Collie for nine years and he feels that as the community has welcomed him, so should they welcome all new residents to the town.

“Because they have been assessed and they’re of apparent good character we should welcome them with open arms, like anyone else.

“Lets not call them asylum seekers. Let’s call them immigrants.

“They’re not seeking asylum, they’re migrating to Australia,” he said.

Fred said the people of Collie should do what they can to make any new arrivals feel welcome.He believes the new arrivals should be happy in Collie.

“That’s all that really matters,” he said.

Fred thinks people should remember that these people are not stepping into public housing, but rather private rentals, organised by Communicare, a non-government agency.

“People are saying they are getting housing above anyone else. That is not true,” he said.

“I think people should dispel the thought that they are getting something more than anyone else.”

Although Fred’s health issues prevent him from being able to contribute directly to helping the new migrants settle, he has faith that the people of Collie will be welcoming.

“If I was to go to another country, I would hope to be accepted as we would welcome other people into our country,” he said.

“I honestly believe the greater majority of the community in Collie will accept them.” 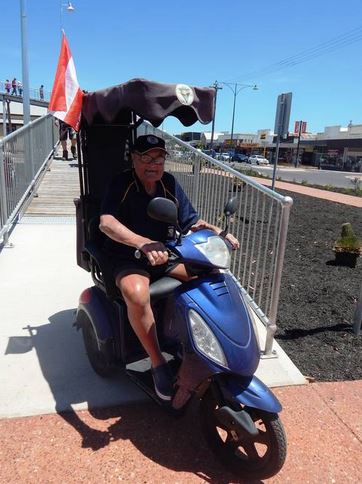 This is an article I Posted, on NSW Fallen Police FB Group on 31 October 2014.

For the information of anyone who used to work with Alf Peschel who was a Constable 1/C at Fairfield when I was there back in the late 1970’s, he is now living in Bunbury, W.A. and is a renal dialysis patient at St John of God Hospital over there.

I AM a renal dialysis patient at St John of God Hospital dialysis satellite unit in Bunbury, under the care of Dr Helen Rhodes, renal physician.

I am informed there are now a number of people residing in Collie and surrounding areas who in due course will require renal dialysis.

I have had renal failure since 1975, only until September 2010 did I require actual dialysis. I am now 66 years of age.

If any prospective dialysis patient wishes to contact me with a view to fully explain the actual treatment and have a cuppa, I can be contacted on my mobile 044 8344 695.

I did not have the opportunity to meet a person to fully explain the dialysis procedure to me.

1. The City of Rockingham Parking and Parking Facilities Local Law 20002.