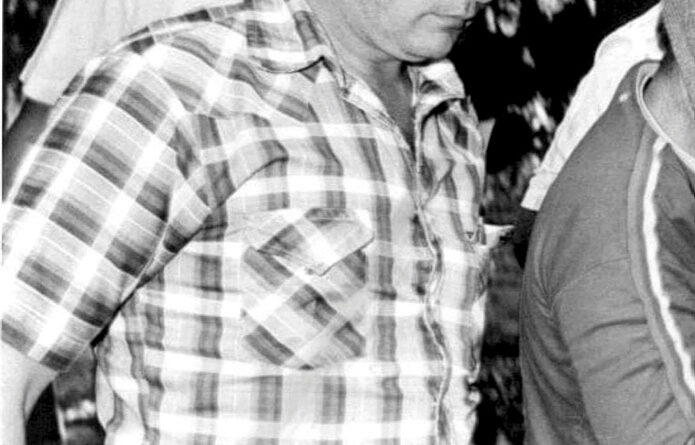 Time in Retirement from Police: zero

Highly Commended with Cst 1/c Robert Clarence WITCHARD ( # 9186 ) & Sgt 3/c James Herbert GARNER ( # 5276 ) for courage and devotion to duty displayed at Cootamundra on 9 July 1966, in connection with the arrest of Mervyn Leslie CORNISH who had fired a number of shots from a .22 rifle.

At the conclusion of proceedings before Cootamundra Quarter Sessions on 19 October 1966, His Honour Judge Curlewis commended the three for the courage showed. He was recommended for the award of the Queen’s Commendation for Brave Conduct. 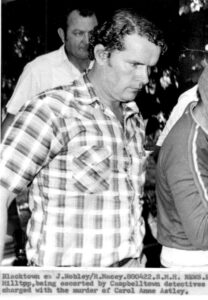 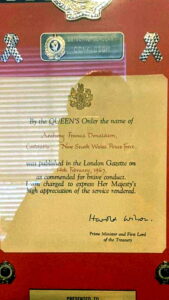 TONY IS NOT mentioned on the Sydney Police Centre Memorial Wall, Surry Hills * But is entitled to be

Upon joining the NSW Police Cadets, Tony recorded as being 5′ 10 & 1/3″ tall, weighing 11 st 13 lb, with blue eyes, brown hair, medium complexion and being a native of Wollongong NSW.  He was single at the time and was previously employed as a Clerk for 2 months.

He held the School Intermediate Certificate, had a Shorthand speed of 80 ( Words Per Minutes ) as of the 1 January 1964.

He completed a 3 day course in Civil Defence – November 1965.

On 22 August 1966 he was approved to drive General Duty cars.

in 1981 he successfully completed the Sergeants Course # 62.