( Due to current Govt. restrictions of 50 persons at a Funeral due to the Cornona19 Virus Pandemic – this was a Private Funeral ) 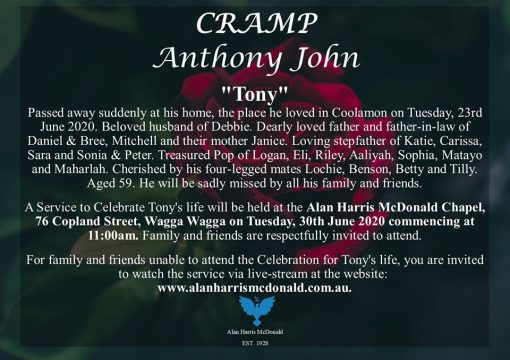 Passed away suddenly at his home, the place he loved in Coolamon on Tuesday, 23rd June 2020.

Dearly loved father and father-in-law of Daniel & Bree, Mitchell and their mother Janice.

Cherished by his four-legged mates Lochie, Benson, Betty and Tilly.

Aged 59. He will be sadly missed by all his family and friends.

A Service to Celebrate Tony’s life will be held at the Alan Harris McDonald Chapel, 76 Copland Street, Wagga Wagga on Tuesday, 30th June 2020 commencing at 11:00am.

Family and friends are respectfully invited to attend.

For family and friends unable to attend the Celebration for Tony’s life, you are invited to watch the service via live-stream at the website: www.alanharrismcdonald.com.au.

If you would like to be recorded in the family memorial book, please contact the team at Alan Harris McDonald on: (02) 6933 7802. 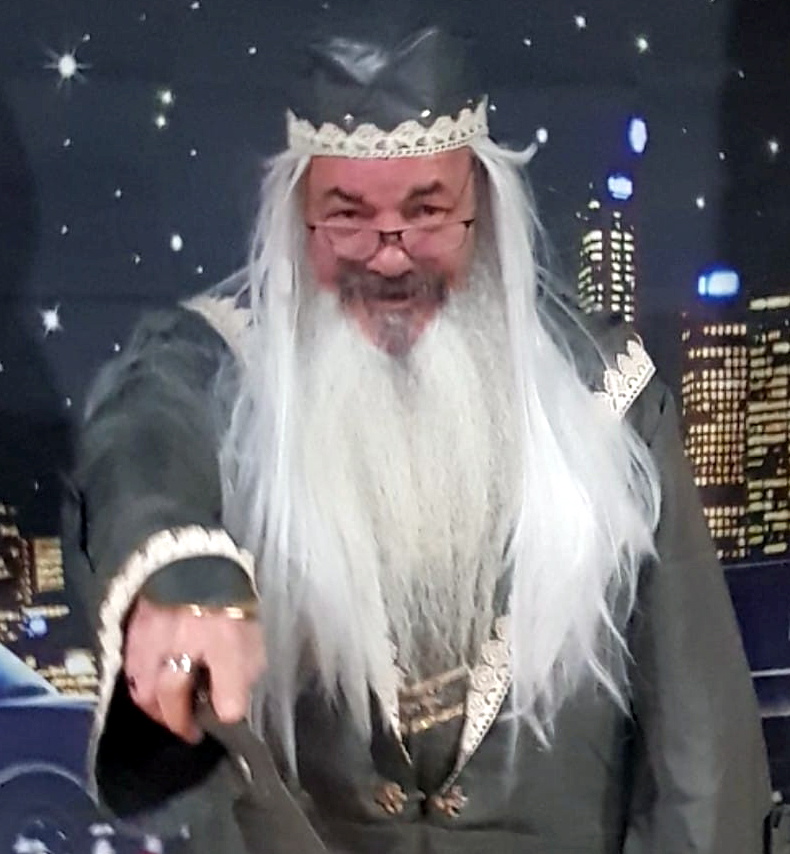 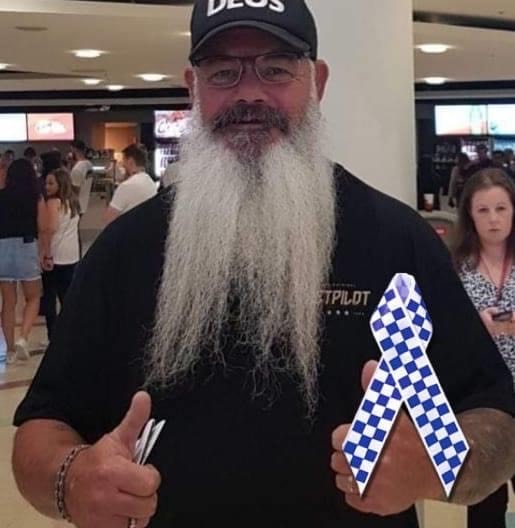 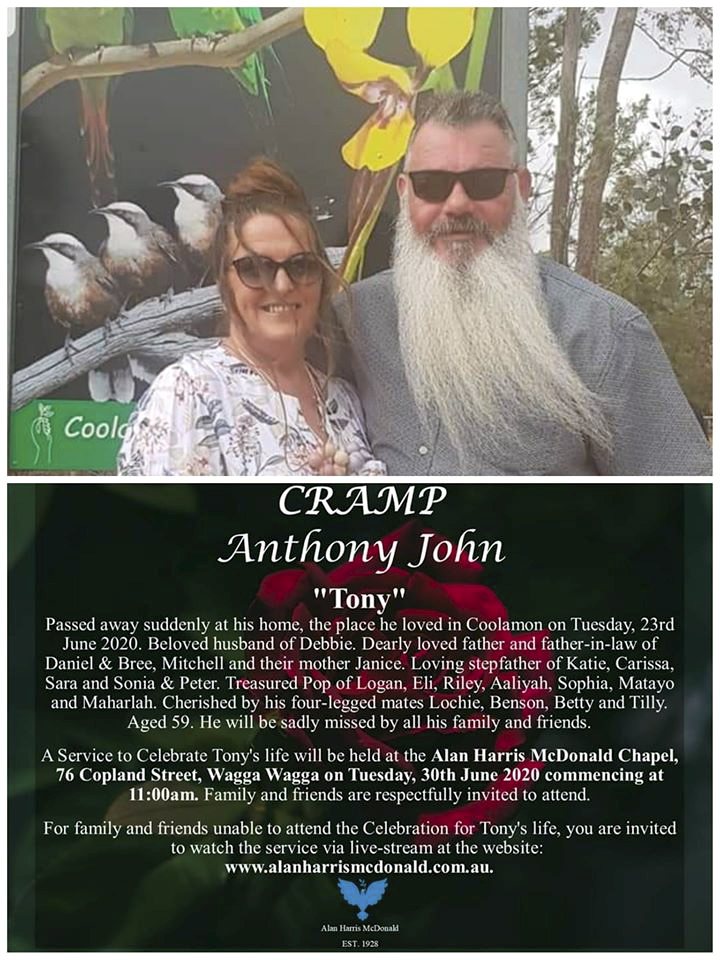 The club is saddened by the loss of Tony Cramp, better known around the club as Crampy. Crampy became involved in the club over the last few seasons and didn’t miss a training this pre season, always making sure the players drink bottles were full and always up for a chat.
Thank you for your contribution Crampy the club was a better place with you in it and we will miss you mate. 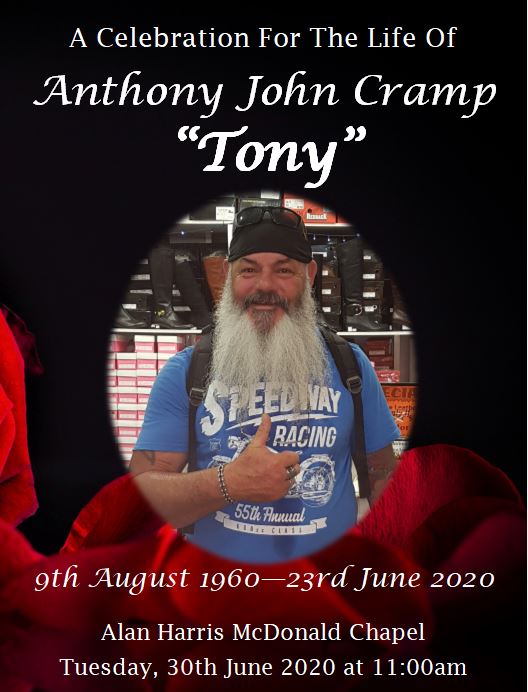 Pauline MizzLassi Crampy May you bring laughter to the heavens above, just as you did on earth. Thank you for everything you did for my family and I, something that will never be forgotten. Some tears were shed by my four children with my eldest reminding me how much you helped him in his teenage years. Rest peacefully 💙 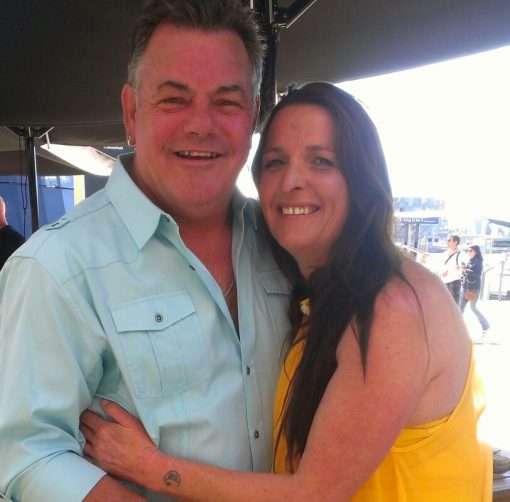 It is with great sadness that I share this post of a Cabramatta icon. My beautiful Mum, Margaret Rose O’Neill sadly passed away on 30 December 2019 in the Palliative Care Unit at Liverpool Hospital, aged 77.

Prior to Mums death she had been a resident of Coventry Rd, Longfield St and John St ( Cabramatta ) for the majority of her beautiful life.

Mum was always well known in the CBD of Cabra, and her means of transport were mainly the local bus and taxi services.

It is without doubt that the staff in the Liverpool Palliative Care Unit is living proof that Angels live amongst us.

During Mums funeral service, my sister Cheryl Mcgrath paid homage to the Students of Cabramatta High School who, on Christmas Day, visited the Hospital and shared their love of man kind as they joyfully sang Christmas Carols to the patients. It was the most beautiful experience and a true acknowledgement of the values being instilled in the Students at Cabramatta High.

Mum will be absolutely sadly missed, but I believe her commitment by always remaining a resident of Cabramatta she will always be remembered as a “True Local” of this beautiful town we call Cabra. 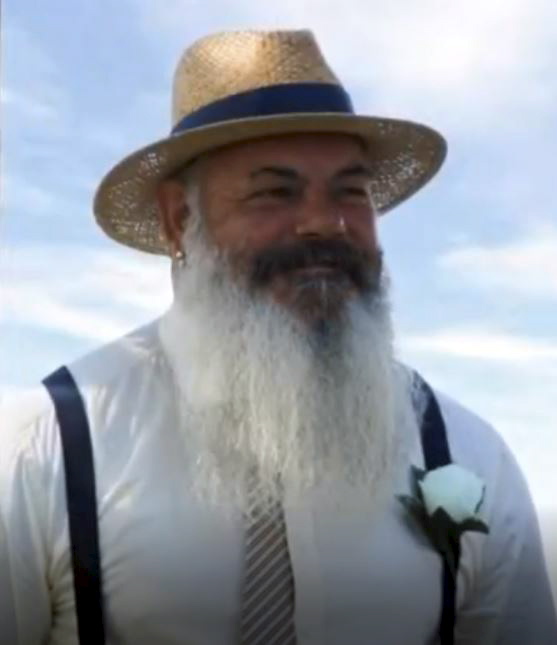 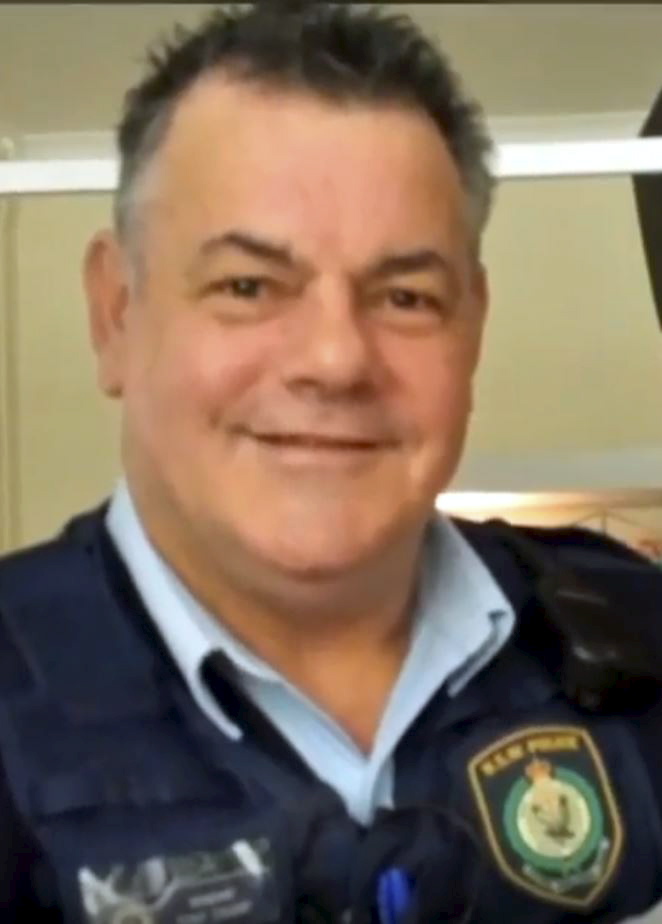 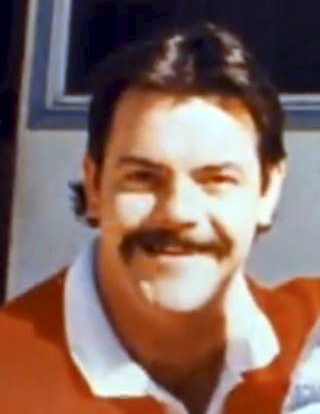