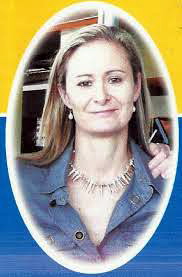 ? is NOT mentioned on the Police Wall of Remembrance  * BUT SHOULD BE

? is NOT mentioned on the Police Wall of Remembrance  *NEED MORE INFO

? IS mentioned on the Police Wall of Remembrance

? is NOT mentioned on the Police Wall of Remembrance * NOT JOB RELATED

A gifted, dedicated and tenacious investigator, Detective Sergeant Berlinda Jane CUSH tragically took her own life on this day in 2008. We remember your infectious laugh and amazing smile around the Boondall CIB office…

You are missed and loved each and every day.

POLICEWOMAN shot and killed herself with her own gun at a suburban police complex yesterday. The tragedy has stunned workmates.

Acting Detective Senior Sergeant Belinda Cush, 37, walked into the Queensland Police complex in Wecker Rd at Mansfield, picked up her police-issue Glock pistol, fired a shot into a chair and then turned the weapon on herself.

Queensland Police Union president Cameron Pope said she greeted colleagues when she arrived at the Prostitution Enforcement Task force just after 8am but then did not speak to anyone before the shooting.

He said her workmates were struggling to cope with the tragedy, the reasons for which remain a mystery.

” Several police were actually there when it happened, ” he said. “Between the service and the union, counselling is being provided to any number of persons who require it and that’ll be monitored closely to make sure that all the officers who’ve suffered from this can get as much treatment as possible. ”

Det Snr-Sgt Cush worked in various ” high-profile areas of the service ” and was very well-respected, he said.

” I spoke to her officer-in-charge this morning and he was very distressed about the matter and he was very glowing in his description and praise of her, ” Mr Pope said.

” She was very highly regarded by members of the service and certainly her superior officers. There were a lot of platitudes coming out for this lady. ”

In addition to the police chaplains, Mr Pope said officers had a number of support services to assist with the daily demands and stresses of police work.

” In every police establishment there is what’s called a peer support officer who police can approach about any issue. There’s also human support officers who check the daily occurrence sheets and follow up officers involved in major incidents and of course there’s the police chaplains who do a wonderful job, ” he said.

In the past 10 years, there have been two other incidents of police officers taking their own lives at work at Ipswich and Smithfield stations.

The Prostitution Enforcement Task force is one of several ” specialised ” units that operates out of the police building in Wecker Road, and it investigates complaints about illegal prostitution.

A QPS spokesperson said the circumstances of Det Snr-Sgt Cush’s death were being investigated, but it was considered non-suspicious. A report will be completed for the coroner

Readers seeking support and information about suicide prevention can contact Lifeline on 13 11 14 or SANE Helpline on 1800 18 SANE (7263).

much loved Sister of Peter, Anton, Dave and loved Sister-in-law and Aunt to their Families.

No flowers by Family request.

Donations may be made to Berlindas sponsored Child at the Funeral Service or at Police Headquarters in Brisbane.