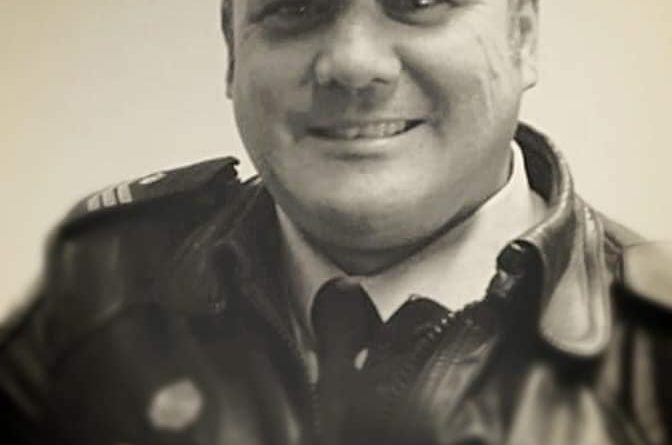 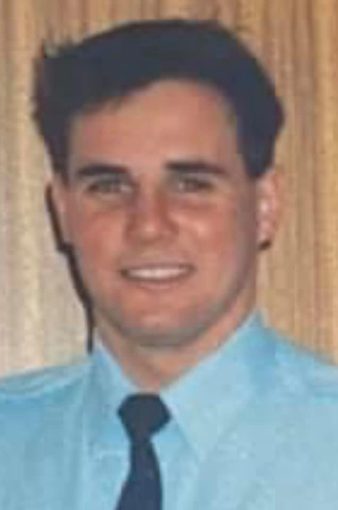 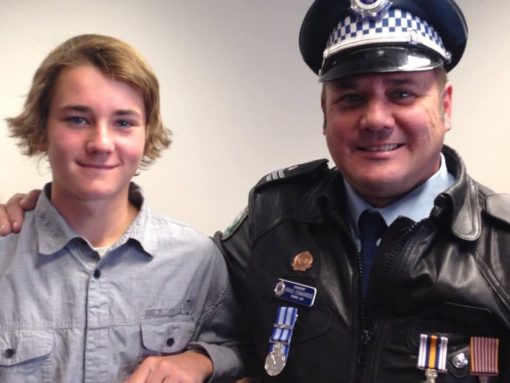 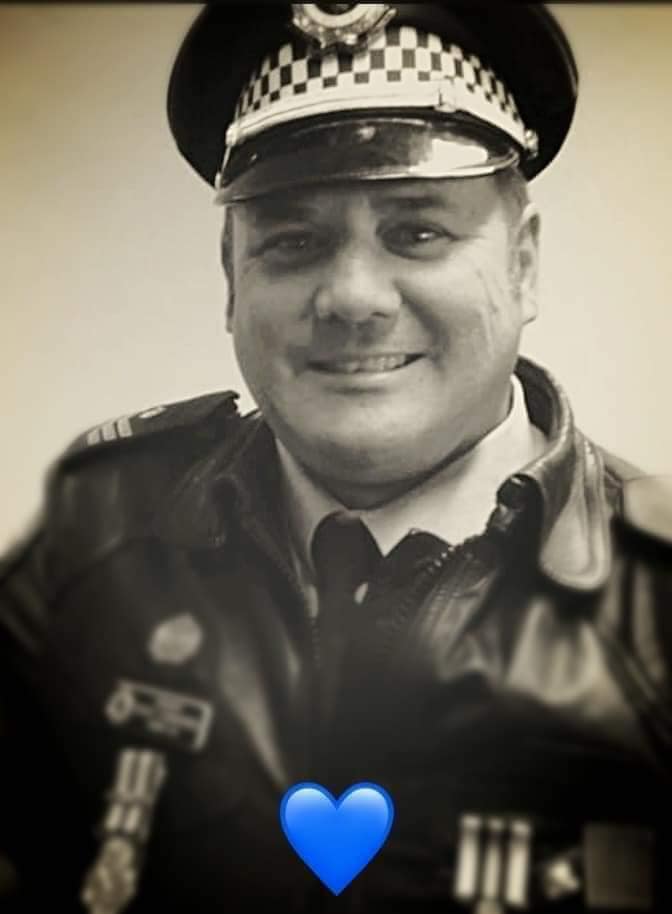 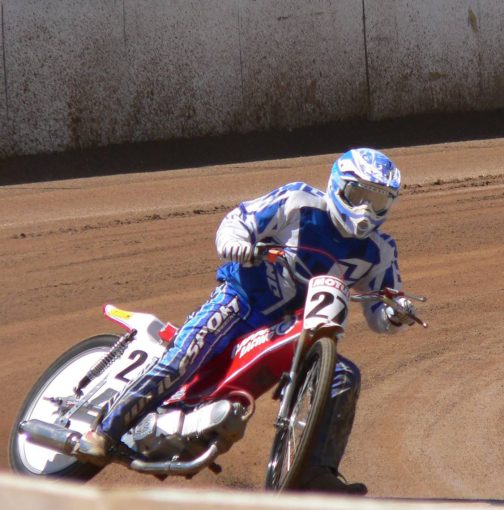 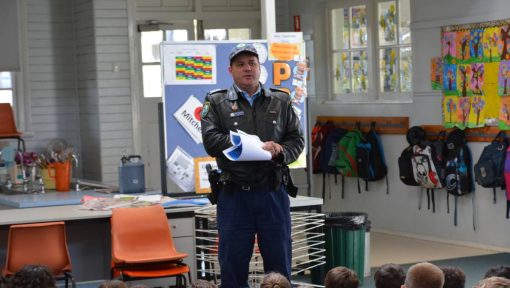 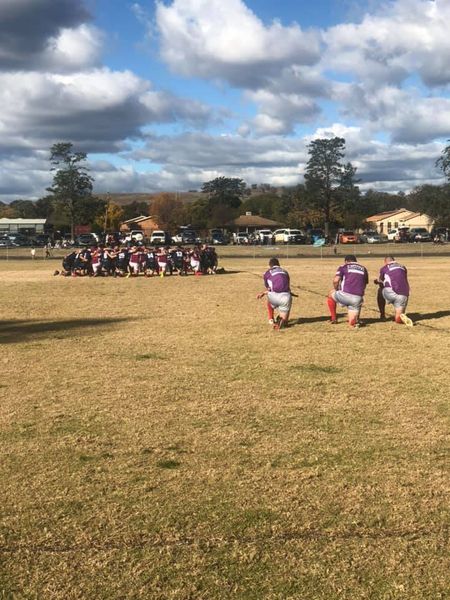 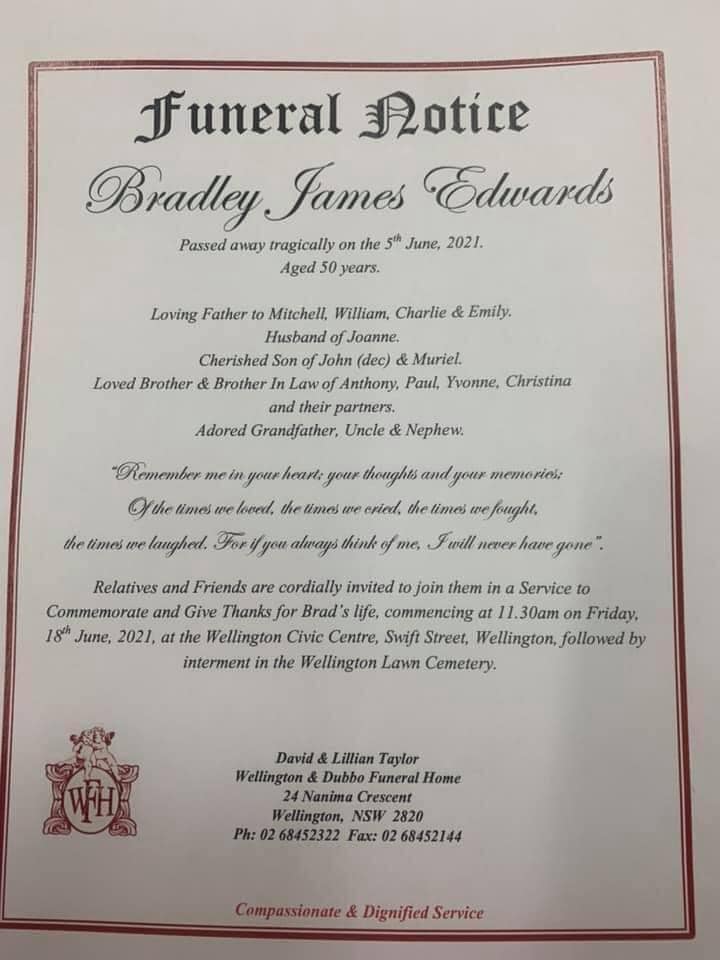 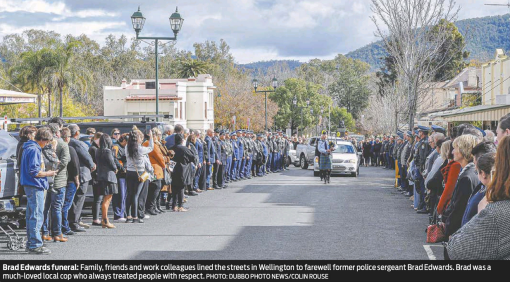 A man, with a heart of gold, a thoroughly good bloke, who served his community with distinction and with honour, ended his suffering and torment and took his own life recently.
I always thought highly of you mate.
I have just been advised that my Academy Class Mate of Class 243 and fellow brother in blue recently succumbed to the black dog.
Gutted.
Tonight old mate, I most certainly will shed a tear or two, a beer or two and share a laugh or two…in honour of you and in honour of your legacy
Rest in eternal peace SGT Brad Edwards, you are forever missed.

NSW Police have sadly lost another of their own, SGT Brad Edwards.
Our condolences to his family, friends, colleagues and the Wellington Community.
He will be missed by all
Rest In Peace.
PLEASE – if you’re struggling seek support from friends, family, EAP, Peer support or
LIFELINE 131114 or online www.lifeline.org.au crisis chat 7pm to 4am 7 days a week
BEYOND BLUE 1300 22 4636 or online www.beyondblue.org.au webchat 3pm to 12pm
SUICIDE CALL BACK SERVICE 1300 659 467

A DUBBO woman has spoken out on White Ribbon Day and encouraged others not to tolerate domestic violence as she did for 32 years.

Mary (not her real name) spoke with the Daily Liberal yesterday about her three decades of violence she suffered at the hands of her partner before she went to the police.

She had noticed police wearing white ribbons outside the Dubbo Police Station and decided to share her story.

“Women have to start standing up for themselves,” she said.

Mary said some of the injuries she had suffered in her abusive relationship had been fractures to her nose, jaw, arm and ribs.

“Domestic violence is in the community but women are not coming forward and letting the police know,” she said.

“They need to come forward now, not wait like I waited for 32 years.”

Mary said she believed White Ribbon Day was a good initiative to bring public attention to the issue of domestic violence.

Recently she has begun working to help others affected.

“I have worked with domestic violence victims for the last two years,” she said.

“I have seen both sides.”

White ribbons were worn on the shirts of every Dubbo police officer yesterday as they took a stance against domestic violence.

Orana Local Area Command (LAC) duty officer Inspector Brad Edwards said Dubbo police had handed out many white ribbons to raise awareness of the day and answered questions about the day from members of the public.

“I think it is very important that society realises there is no excuse for violence against women,” he said.

“The fact that it still happens today is pathetic.”

“We know the statistics from on the job experience.”

Dubbo police and their colleagues across NSW all took a pledge against violence against women and wore white ribbons in a show of solidarity across the state.

Would your parents like their property damaged,” Senior sergeant tells children

Wellington police sergeant Brad Edwards has told children at Wellington Public School he and his officers are pushing up the ante on young children aged from nine to 13 throwing rocks.

“I am very upset children in the town are throwing rocks.

“These are parked cars near the railway line, people’s roofs, their houses and they are upset their property is being damaged. Would your parents like their property damaged,” he asked the children.

“I want to get them, take them to the magistrate and lock them up.

“We have cameras now everywhere, hidden from view, monitoring these children. We will lock up these people.” he added.

He warned the children police were answering the community’s plea for the rock throwing incidents to stop.

“Tell your parents, tell your teachers when you see them doing these things,” he said.

Children in the crowd at the school said their parents had been victims of the latest outbreak of vandalism.

“My mum had the back window of her car smashed by a rock,” one child told the class.

“It was so badly damaged mum had to buy a new car.

“There is a hole in our window from people throwing rocks,” another said.

Children said slingshots with rocks were being aimed at people and cars.

“A slingshot is no different to a gun, it injures people and they may die.

The officer also told children social media site Facebook was an ineffective measure in countering the rock throwers and other incidents.

“Don’t go on Facebook and bully people. Turn it off. Don’t gossip and target people,” he said.

The sergeant also said children seen on school grounds during holidays will be prosecuted.

“I went to this primary school but I didn’t want to come back during the holidays,” he said.

“I don’t want you on the grounds of this school in the holidays.”

20 June 2021  ·
Our club is special and it was great to see all our teams and even the Refs getting behind raising awareness for Bowel Cancer Australia. This month is Bowel Cancer month and our teams wore the Apple Red socks and trainers wore the bare bums to let everyone know how important this awareness is.
We also Took a Knee for Ackers for James Ackerman who six years ago on this day, was tragically killed in a football match.
Our teams also observed a minute silence for Sergeant Brad Edwards a local Wellington man who was much loved and respected by many. His death has devastated our community.
Much love to Justin Toomey-White and your family! You are our hero always!
Much love to the Ackerman Family. James will always be remembered and our heart felt condolences to Brad Edwards family. A man of diligence and loyalty like no other.
Forever in our hearts and always on our minds. 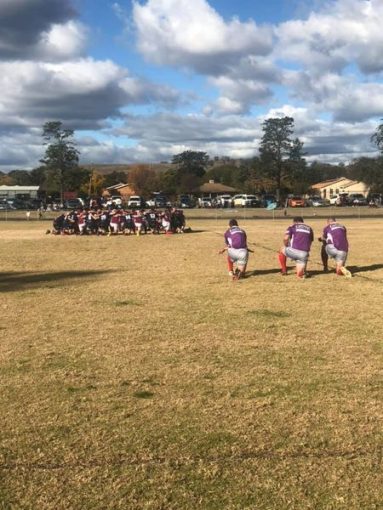 7 June 2021
Wellington Cowboys would like to extend their deepest sympathy to the Edwards family.
Brad was a mate to many Committee Members, Players and supporters.
He was one of a kind, a beautiful person who was well respected in our community.
May you Rest In Peace