Bruce was a former Head Coach and champion rower at Penrith Rowing Club.
There are various newspaper articles about Bruce, as far back as 1947 in relation to rowing.
[divider_dotted]

WITH MURDER OF TAXI-DRIVER

A young Victorian farmhand was charged at Phillip St. police station at 4.30 am today with the murder of Joseph Edward Fisher, 29, Dee Why taxi-driver, at Church Point, last Saturday. He is Peter Mannington Harvie, 17½, of Eildon, a township about 60 miles from Melbourne.

Harvie was arrested shortly after midnight on Wynyard ramp, by Constable Bruce Soane and *Probationary Constable Kevin Proud, who were on beat duty. It is understood Harvie approached the two constables, said something to them, and accompanied them to Phillip St. police station. Harvie was questioned by Detective-Inspectors Calman and Rogers, of the CIB Homicide Squad, and wrote out and signed a long statement.

Dressed in old clothes — a high-necked woollen sweater over a working shirt, heavy boots and an old overcoat — Harvie was taken by car to the culvert at Church Point where Fisher‘s body was found. He was then brought back to Phillip St. police station and charged with murder.

As the charge was read Harvie gazed straight at the sergeant without speaking, and was then locked in a cell.

Harvie appeared before Mr. Macreadie, SM, at the Children’s Court, Albion St., at 10 am. Proceedings lasted only a couple of minutes.

Harvie was charged with the murder of Fisher and formally remanded until July 24, the date on which the coroner will hold the inquest. Harvie was then taken back to the CIB.

On Saturday at 11.30am Christopher Mallis, the owner of Fisher‘s cab, saw the cab being driven in Oxford St., Paddington, by a stranger.

Mallis stopped the cab and the stranger ran away.

Police then discovered bloodstains, a spent .22 calibre cartridge and Fisher‘s watch and cigarette lighter in the cab. A sawn-off pea rifle was found later in the backyard of a house near where the cab had been stopped.

Following publication of a photograph of the weapon in Melbourne newspapers yesterday, Detective Petty, of the Melbourne CIB, was visited by several youths.

Detective Petty communicated with CIB chief James Wiley, at the Sydney CIB. and detectives on the Fisher case then were instructed to search Sydney for a Victorian youth. It was while they were combing the city that Harvie was arrested by Constables Soane and Proud. 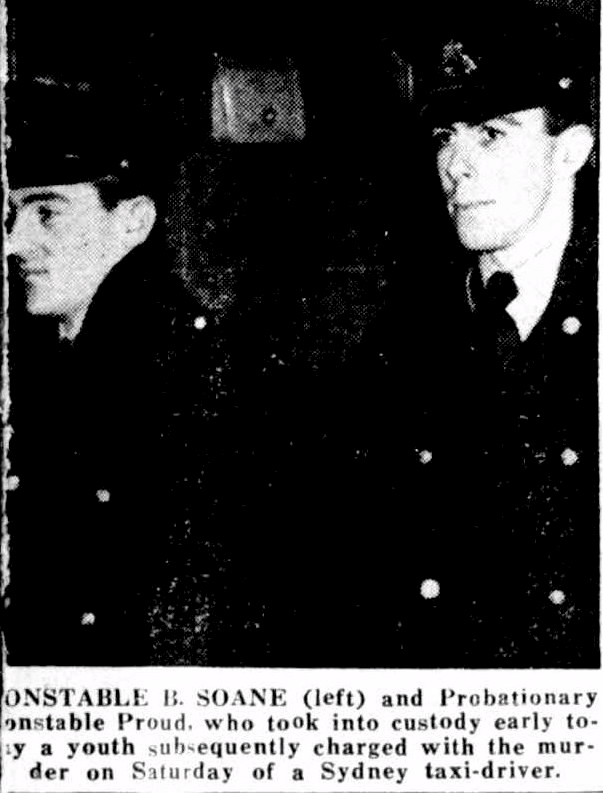 CONSTABLE Bruce D. SOANE (left) and Probationary Constable Kevin P. Proud, who took into custody early today, a youth subsequently charged with the murder on Saturday of a Sydney taxi-driver. 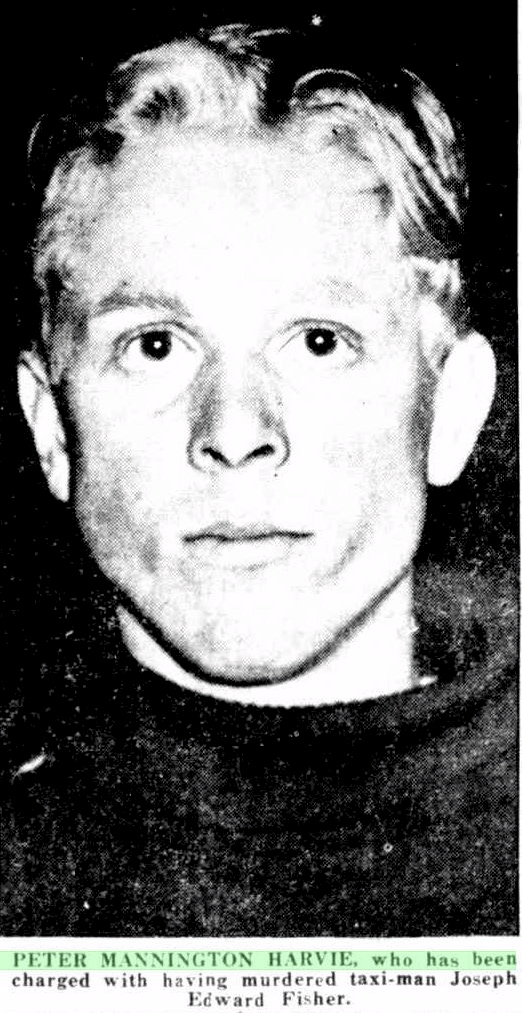 PETER MANNINGTON HARVIE, who has been charged with having murdered taxi-man Joseph Edward Fisher.

* PROUD does NOT appear in the 1969 ‘Stud Book’.
[divider_dotted]
Subscribe
0 Comments
Inline Feedbacks
View all comments