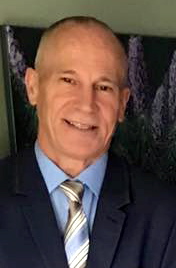 Awards:  No find on Australian Honours 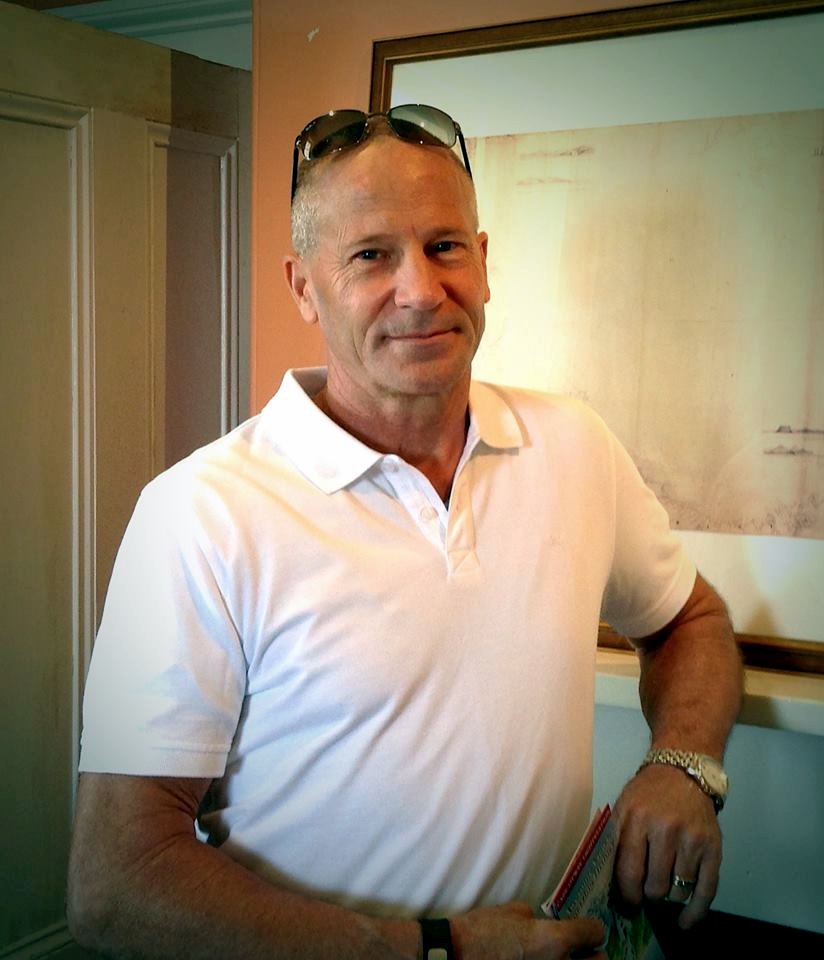 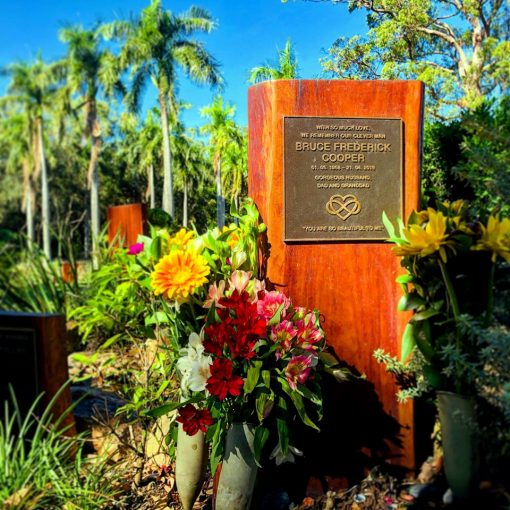 On behalf of Bruce’s sons, Simon, Joshua, Paul and Myself we would like to invite you to Bruce’s funeral to celebrate his life with us.

It is with great sadness that I announce the death of Bruce Cooper who tragically died by suicide on the morning of Saturday, 21 April 2018.

Policing took its toll on Bruce. He struggled with chronic PTSD for a long time and, like many who struggle with PTSD, Bruce tried to numb the pain with alcohol. Bruce was a fighter though; he fought his way back and had control over alcohol for a long time. The nightmares, painful memories and horrific images however, would not relent.

I first met Bruce in 2016, when he hit a hurdle and relapsed. His amazing wife Michelle reached out and we decided together that I would drop by to say G’day. I arrived unannounced and met a man who was in immense pain and struggling badly. At first, he was reluctant to talk so we just sat together watching television while he sized me up out of the corner of his eye.

Trusting people was hard for Bruce. He’d been let down many times in his life and aside from a couple of close friends and his family, he didn’t easily let people in. He was also a fixer; a man of great skill who could build and repair just about anything he turned his mind to. Cars, trucks, motorbikes, things around the house. You name it, Bruce could fix it.

Sadly, when it came to his own demons, Bruce couldn’t find a fix and he was reluctant to ask for, or accept help. So needless to say, he was a bit cross at me and Michelle when I showed up that day.

[blockquote]He was also embarrassed and as he told me later, “bloody ashamed”.[/blockquote]

We didn’t speak much at first. I’d share a bit and he’d open up a little bit and after a while the rapport that so often occurs between coppers started to build. Bruce was still wary though. He was also embarrassed and as he told me later, “bloody ashamed”. It’s hard to admit that you’re not ok and it can be even harder to admit that you need help. Eventually though, Bruce started to talk. We talked about his life, his sons, his grandchildren and his love for Michelle (his “Shelle Machine”). We talked about cars, motorbikes and eventually we started to talk about the job. That was hard for Bruce. He had seen and experienced a lot as a police officer. Police see some awful things, but I think Bruce got more than his share.

So, we sat together for hours; hours became days and thankfully, in time Bruce got some help. He entered a treatment program and was placed into the care of some great mental health professionals. Bruce and I became friendly, talking and texting occasionally. He’d often tease me about the day we met and the blue shoes I was wearing that day. He was a funny bugger. He seemed to be doing pretty well and, in the Winter of 2017, he and Michelle came to a Blue HOPE car show to say Hi. We hugged, and I was struck by how well he looked. He had spark and it seemed that the future looked pretty bright.

Unfortunately, towards the end of 2017, Bruce relapsed after a death in the family. I called in to see him and was shocked to see how much pain he was in. The Bruce I knew was still there, but the demons had resurfaced and taken hold. Everyone who knew and loved Bruce was rallying around him to encourage him to get back into treatment, but he didn’t want to go. “It’s too fucking hard”, “It hurts so much”, he told me. His pain was unfathomable. He wanted to get better. He wanted to beat PTSD. He wanted the nightmares and images to go away. He wanted to help others. Bruce had so much to offer the world but first he needed to get help.

We all had countless conversations about options and eventually, Bruce started to attend his appointments again. After a rough few weeks things were starting to look up. We spoke from time to time, I’d see him on social media and he’s touch base regularly via text, signing off with his traditional gorilla emoji. He seemed ok; but he wasn’t.

During the morning of Saturday 21 April, I received a call from Michelle saying that Bruce was in crisis; asking if I could come. He had somehow come into the possession of an old firearm and was talking about hurting himself. The police were immediately called, and I raced over to offer what assistance I could.

When I arrived, police, ambulance and tactical units were in attendance, all carefully positioned out of Bruce’s view. Thankfully, I was allowed through the cordon to speak with the police in command, provide a briefing to the negotiators and most importantly provide support for Michelle. I did not have the opportunity to speak with Bruce. Sadly, before anybody could make contact with him, Bruce took his life.

It’s important that I thank the members of the Queensland Police and the QLD Ambulance who were present. The QPS negotiation team in particular were incredibly professional, caring and supportive to all present. All emergency services personnel present should be commended for their incredible efforts to save Bruce.

To Bruce… Coops, I’m sad and I’m angry but I’m also thankful that you are no longer in pain. I’m sorry I couldn’t do more. For what it’s worth, I’m a better man for having known you. Rest well mate.

Finally, to everyone who is reading this.

If you are struggling, know this. Recovery starts and ends with you. You might have all the help in the world at your fingertips but unless you accept responsibility for your own recovery and surrender yourself to the healing process, recovery will elude you. It’s not enough to just show up for appointments; you have to get your hands dirty and do the hard work. This can mean going to hospital, accepting psychiatric and psychological treatment, taking the meds and persisting with recovery groups. Don’t just turn up. Engage with it. Your life depends on it.

Yes, it will be a grind. In fact, it will seem unbearable at times but all of the people that I know who are doing well (myself included) know that this is the only path. It’s hard and it’ll take time but it’s worth it. Not only for you, but for your family.

No police officer I have ever met was diagnosed with PTSD as a result of being a coward. If you were strong once, you can be strong again. I promise you that it can be OK.

Thanks for taking the time to read about this terrific man.

Today we remember Bruce Cooper who died by suicide on this day 2 years ago in Brisbane.

I first met Bruce briefly in 2002, when we were both in the job, but our paths didn’t cross again until 14 years later when his wife Michelle re-introduced us during his struggle with trauma, PTSD and alcohol addiction. After a while, we became good friends and the next couple of years were a mix of happiness, hope, sadness and frustration as Bruce improved in clinical programs, only to relapse sometime later. He did his best, but trauma and addiction had their hooks in him. He had so much love and support in his life. Honestly, if love and support alone could have saved him, Bruce would still be alive today.

I wish it was that simple.

Despite the efforts of those who loved him and tried to help, Bruce lost his battle. Many people worked so hard to save Bruce that awful day. We waited nearby, as incredible members from the QPS tried valiantly to reach out to him; we tried to help them with as much information that we could provide …. we prayed and we waited. We honestly thought that he would be recovered safely but that wasn’t to be. We all failed to get through…. and Bruce took his life. The rest is indescribable, so I won’t try. It wasn’t really Bruce in that moment; it was his pain, his trauma and his addiction that took him away. He loved us and we loved him, and we live in hope that he is now in a better, more peaceful place.

Today, Michelle and I visited Bruce at his resting place. We sat and we chatted. We reflected on his life and we thought about the meaning that this tragedy can have for others. What can we learn?

What I know is this. When you are faced with the impossible, the pain and the struggle you have to decide what is important. You have to decide what kind of person you are. All the support and love in the world can be available to you, but you have to make the choice to accept it and engage with it. Taking your life, ultimately robs the world of your potential to be more. You have so much to give, even if you don’t realise that now. Ask yourself, “What will my legacy be?”

Most importantly, suicide leaves a trail of destruction in its wake. When I look at my dear friend Michelle, I see an amazing woman who is trying to rebuild her life as best she can; in her own way, in her own time, and on her terms. Grief permeates every aspect of life, but I know she will prevail. As CS Lewis wrote, “Her loss was like the sky; spread over everything.” I was honoured to climb Mt Kilimanjaro with Michelle late last year so I know she can do anything. She is an incredible person.

I asked Michelle today, what she thought about trying to help someone who is struggling. She said very simply, “reach in and keep reaching in. It will be frustrating. Sometimes you will hate them, and they will often give you the shits, but you’ve got to keep trying.” She is not one to give up and I am immensely proud of her.

I have mixed feelings about Facebook posts about the death of police members. They are often polarising. Some people appreciate them and others dislike them. Today though, I write in the hope that someone, somewhere will draw strength to continue. It’s not too late. Two years ago, when I wrote about Bruce I said, “you have to get your hands dirty and do the hard work”. That remains true. So much help and support is available; you just have to accept it and commit to getting better for yourself and your loved ones. It will be hard and often unbearable, but it is worth it. The decision is yours and yours alone.

I apologise for the lengthy post and I appreciate you taking the time to join me in reflecting on the life of Bruce and all of the brothers and sisters we have lost to suicide. If you know someone who has lost a family member or friend to suicide, reach out to them today and tell them that you are thinking of them.

If you know someone who is struggling, “reach in, and keep reaching in”.

Their life may depend upon it.