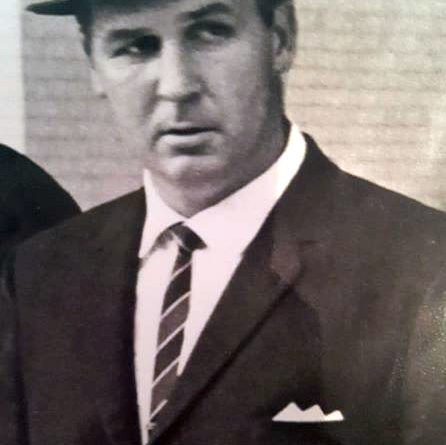 Rank:  Most probably commenced Training, at Redfern, on 7 October 1958

Stations:  ?, Waverley – Cyclist, Bondi – Detectives, Divisional Det Sgt – Hurstville – 1978, Pillage Squad, CIB – Light Duties due to Illness with Cancer.  He remained at the CIB for many years before going to the Breakers Squad – CIB on Full Duties. 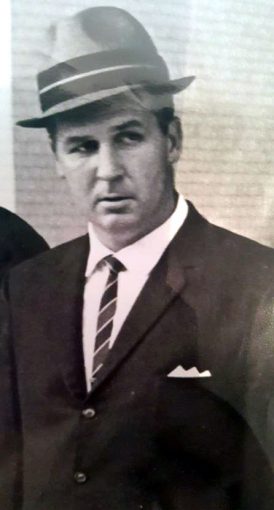 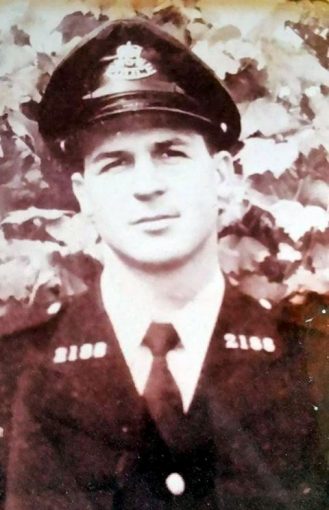 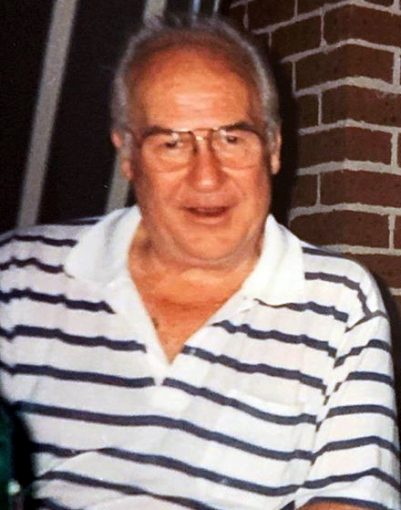 Prior to joining the NSWPF – Bruce SHIELS worked for the Department of Local Government, as a Clerk, on probation as of 1 April 1952 until his permanent position in June 1953 being advertised.

He just made the required weight by drinking jugs of water and over a pound of bananas prior to weigh in.

He worked at Waverley on the motor bikes and at Bondi where he made detectives.

At age 32 Bruce survived 4 operations for an aggressive cancer.

He had great support from his police family.

He was considered a miracle survivor and was transferred from the Pillage Squad to light duties at the CIB.

He remained for there for many years, back on full duties with the “Breakers”. The cancer experience made him very conscious of his own mortality. He loved to entertain and be entertained. Simple things in life gave him great pleasure. Family BBQs and days out on the golf course especially with the Police Golf Club were of great importance to him. Bruce served from 1 11 58 till 17. 1 .90. At retirement he was in charge of the South West Drug Squad. Bruce passed away in 20001 after yet another 4 year battle with lung cancer. A lot of older police and retirees may remember him as a great poet and a born entertainer at many Police functions. He was honoured by a Police presence at his funeral. Not a day goes by when he is not missed.

One of Bruces’ poems:

As promised, I have published one of Dads ‘works’. After reading the biography of Darcy – I kind of felt a bit of empathy for him…. but I know that Dad never did…..

(sung to the tune of the Green Green Grass of Home)

The old Rozelle don’t look the same, now that Darcy’s lost the game,
Because to meet him was half the CIB.
Down the stairs he came with his knees shakin’
Hands on head, his poor heart breakin’
Again, he’ll touch the Grey Grey Walls of Gaol.

Yes they’ll all come to meet him.
And his favourite screws will greet him
Though again, he’ll touch the Grey Grey Walls of Gaol.

Now the Wayside is still standing, though the walls are cracked and dry
And the Reverend Ted has lost his best hymn singer
But at Grafton there’s a choir that’s classy
Fifteen screws and our dear Darcy
Again, he’ll touch the Grey Grey Walls of Gaol.

Now the big holdups are finished, and the city’s nice and still
and the druggies go to church with Reverend Ted.
But with Darcy in… there’s no supply there
No pot ….and no LSD there
While Darcy’s in the Grey Grey Walls of Gaol.

Yes they’ll all come to meet him
And his favourite screws will greet him
Though again, he’ll touch the Grey Grey Walls of Gaol.

But there’s a lawyer….and a dear old Padre
On and on….. they’ll try for Darcy…
But still ..he’ll touch the Grey Grey Walls of Gaol.

Yes they’ll all come to meet him,
His favourite screws will greet him
I hope they bury him
Behind the Walls of Gaol.