Cause:  Illness – Heart failure after battling Ischaemic Heart Disease and Chronic Lymphocytic Leukaemia for about 10 years.

In 2014 he had successful surgery for Bowel Cancer and major heart surgery.

Buried at:  Cremated ( A private cremation took place.  There wasn’t an official funeral or public notice as per his wishes )

Memorial at:  Tubby’s Ashes will be scattered on a farm at Burren Junction where he liked to go shooting. 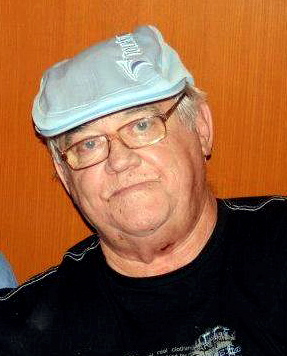 Due to an accident he had while in the Highway Patrol, he was always on pain killers and for more than ten years he has been using morphine patches, the prolonged use of these medications had a detrimental effect on his health this, coupled with his lifestyle, contributed to his early death.

Bruce had been ill since around August 2015 and had a bleed on the brain and surgery in September 2015.

Unfortunately Tarro had a few setbacks since that time and needed 24/7 care and was placed into the Mayfield Aged Care & Wallsend Nursing Home.

Some work ‘history’ of Tubby from Gunnedah:

His stint on the motorcycles ended in June 1969 in Newcastle, when a VW failed to give way to Bruce when he was dispatched to a bank hold-up (hoax).  He spent four months in the Mater Hospital in Newcastle and returned to work full-time the following year in highway patrol cars.

He transferred to Gunnedah in September 1972 as the only Highway Patrol officer in the town, about a year later he transferred to the PCBC to become the assistant constable at the Gunnedah Police & Citizens Boys Club and shortly after he was made the Officer in charge.

He lobbied for a better site for a multi-functional club and plans were drawn up for the new PCYC on the Gunnedah Showground, before the building was finished Bruce was offered a transfer to Newcastle to build another club in the Lake Macquarie area.

In 1979 we returned to Newcastle and Bruce commenced the task of raising funds and planning the new club.  This task was achieved with support from local businesses and a very strong committee and the new club was opened by the then Prime Minister the Honorable Bob Hawke AC on 1st October 1983.

Bruce continued to run the club until his retirement due continued complications from the motorcycle accident back in 1969.

A childhood friend of Bruce, comments:  Although Bruce and I ( Anthony Stevens ) were never stationed together, we were both good childhood friends living in Whitegates, Wallsend and attended school together in Newcastle.

I used to volunteer at the Lake Macquarie PCYC and it was at Windale. Was there for yrs and he was a great person and mentor to me and got to see his marriage to Debbie.
After he retired from the PCYC, the club had gone down hill and it is very rarely open on school holidays and the only thing they have there now is Bingo.
It use to have a lot of sports in there.