AKA Terry, The Admiral 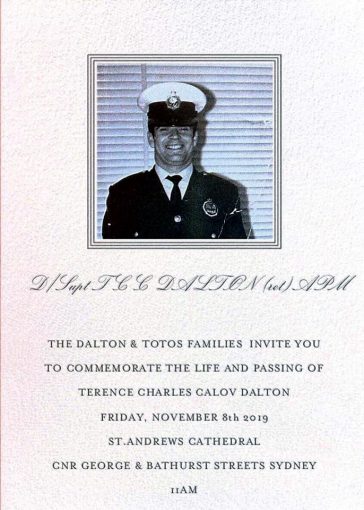 father-in-law of Ula and Ben.

Loved and respected by all his family and friends.

He will be sadly missed

The funeral service for Terence will be held at St Andrew’s Cathedral, Sydney on Friday 8th November 2019 at 11am.

In lieu of flowers a donation may be made to the Garvan Institute.

Terry was in the first ever TV show, on channel Ten at 8.30pm on 8 July 2013, called ‘Wanted’ where criminals were shown to the public as ‘Wanted’ offenders. 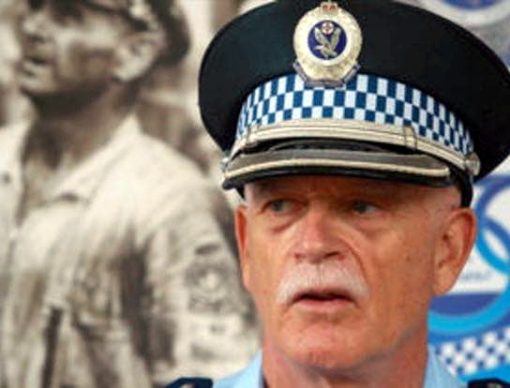 31 years ago, we met and you have never let me down. It’s been an honour calling you a brother, through the craft, the Cops and in our personal lives.
You have left a massive footprint on this crazy world.

Be proud of your achievements, none more significant than your amazing family.
Thank you for your tireless service to the community at large, you’ve allowed many of us to sleep safely at night.

RETIRING superintendent Terry Dalton has a word of advice for young police as he prepares to leave the force: “Make sure the crooks don’t win.”

It’s a sentiment the police veteran has followed all 31 years of his career – that, and make sure you duck when someone throws a punch your way.

“I learnt that valuable lesson early on, you’ve got to keep your eye on people,” he told the Herald yesterday.

Superintendent Dalton says he’s lucky he hasn’t been on the receiving end of much more violence since he copped a broken jaw during that incident, in his first weeks as a police officer in Tasmania in 1972.

He joined the Royal Hong Kong Police a few years later and in 1981 he moved back to Australia for a career in the force that earned him the nickname “the Admiral“.

It’s apt for the man who will today lead 700 officers in a march through central Sydney to commemorate 150th anniversary of policing in NSW.

On March 1, 1862, existing independent police units of the colony were amalgamated into the single NSW Police Force.

Superintendent Dalton said sodden conditions will not stop the parade.

“I think tomorrow will be a proud day for the entire NSW Police Force, just to be a part of it,” he said.

But it will be particularly poignant for him, as he leaves the force in September after more than three decades working in the water police, the police negotiators, in child protection and what used to be called “Special Branch” – which protected the world’s dignitaries here in Australia.

Superintendent Dalton was the first officer to Prince Charles’s side when a man brandishing a starter pistol fired two blank shots at the heir to the British throne during an Australia Day awards ceremony at Darling Harbour in 1994.

The 150th Anniversary of Policing will be formally launched with the NSW force’s banner being led by a police marine contingent across Sydney Harbour from Watson’s Bay at 9am, down to Circular Quay.

A “Sea of Blue” marching contingent will then take the banner along George Street to Town Hall, arriving there for a civic reception about 10.45am. 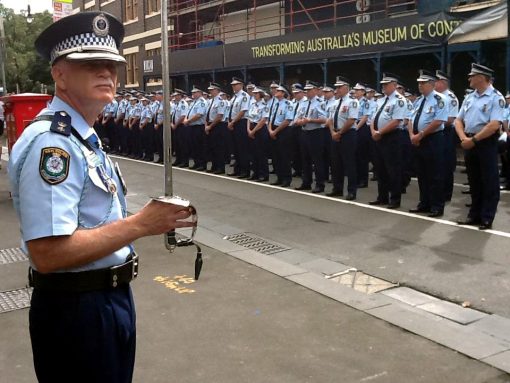 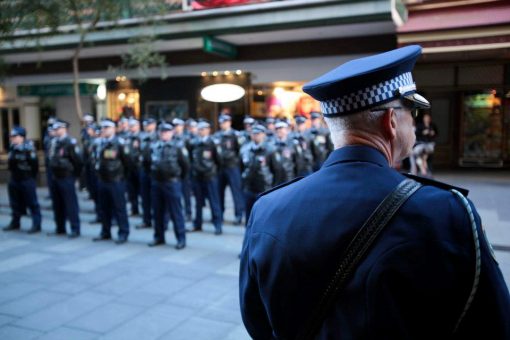 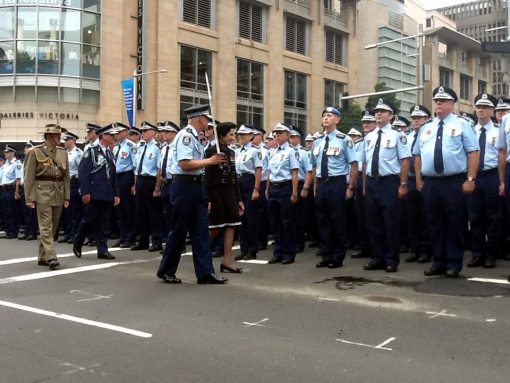 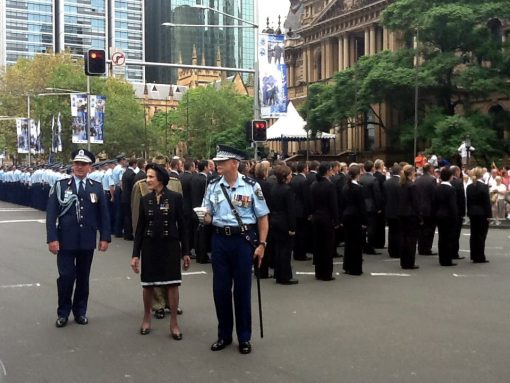 Many other links on Facebook that pay tribute to this man, and others, but the families won’t get to see those tributes because they are Private or Secret Groups unfortunately.