Commissioners Commendation:  Awarded on 27 April 1939 for his part in the disastrous bush fires during December, 1938 and January 1939.

Appointed Justice of the Peace – 1946

Cause:  Carcinoma of the stomach ( Cancer )

William David HANNA was the third child born to David HANNA and Susan Anna SMITH. He was born on the 10th March 1884 at Woorooma Station, Moulamein NSW.

After his Boer War service in 1902, the next recorded record of his life was on 12 July 1903 when he reported the death of his brother, John Alfred Hanna at the Jerilderie Hotel NSW Australia.

As a returned soldier he was offered a career in the NSW Police Force, and was appointed as an Ordinary Constable on the 1 April 1906, (information obtained from the NSW Police Gazette dated 11 July 1906).

Members of the HANNA family knew him by the nickname of “Barlow”.

On the 31st March 1908 he married Jessie TAMLYN in the Mount Hope district of NSW.

William and Jessie had three children. William David Gregory was born in Condobolin during 1909. The second child born was Grace May Dorothy who was born on 16 December 1911 at Hay NSW. The third child Jessie Margaret was born at Urana NSW on the 14th June, 1913.

When John Alfred Carroll HORGAN moved from Jerilderie NSW in the late 1920’s, to take up a job the GPO in Sydney, he boarded with his uncle, William David HANNA, who was a Crown Sergeant by this time, in the NSW police force. He resided at 71 Rosebery Avenue, Rosebery NSW where it was common for relatives to arrive at his home and stay for whatever time they liked.

A family source advised that Uncle Barlow’s relatives and friends would visit on a Saturday and drink beer in the garage.

Molly HORGAN recalls that when she was completing her nursing certificate during the 1940’s at St. Vincent’s Hospital, Darlinghurst, she would often receive a visit from Crown Sergeant William HANNA, just to see if she was alright and making sure she had everything she needed.

Molly also knew him as Barlow and stated he was a wonderful caring man.

Crown Sergeant William HANNA was professionally acquainted with Sydney’s major underworld figures of the day. He was also a member of the Orange Lodge and Masonic Lodge.

He was sent to the Hunter Valley Region on several occasions for Bush Fire control and Law and Order at times of the infamous Coal Miners Strikes during the 1930’s.

On one occasion he was severely beaten in a brawl and finished up in Hospital. His family could not get near him because of the number of Chinese residents holding a vigil around his bed side. He had an affiliation with the Chinese population and believed they were good citizens.

William David HANNA owned three houses in Sydney; I have located five addresses that he lived at in Sydney: one a flatette above the Lynx Service Station on the corner of Gardeners Road and Tunstall Ave, Kensington, another residence at 155 Botany Road, Botany, “Akaroa” Mount Street, Randwick,

The Sands Directory of 1917 and 1918 recorded his address as Mort Street, Randwick and his final residence at 71 Rosebery Ave, Rosebery.

My sister Valerie recalls that she and our mother visited Uncle Barlow in Sydney. As children my sisters would be threatened with “uncle Barlow”when they misbehaved.

William David HANNA died aged 70 on the 10 December 1953 at his Rosebery NSW residence.

His death certificate states he was a widower, married at the age of 25 to Jessie TAMLYN at Mount Hope NSW. He died of a carcinoma of the stomach, which he suffered with for two years and was under the care of a Doctor John C. RADFORD.

He was cremated on the 11th December 1953 at the Eastern Suburbs Crematorium. The undertaker was T. Moncrief, Reverend J.A Ross, Church of England Minister conducted the service and C. Higgins was a witness to the cremation.

His ashes were taken to Urana NSW and buried with his wife Jessie TAMLYN. His death certificate gives his daughter Jessie HANNA as the informant of his death and also gave 71 Rosebery Avenue, Rosebery as her address.

From The NSW Police Force.

Awarded the Imperial Service Medal on 11 August, 1944 from the King of England in recognition of the meritorious services rendered.

Appointed as a Justice of The Peace 1946

In 1902 William David HANNA then aged 18 enlisted in the Colonial Army to fight against the Boers in South Africa.

William HANNA like so many other young men lied about his age stating he was 20 years old to get into the colonial army. He gave his occupation as “station hand” and was a Trooper in the 3 NSW Imperial Bushmen with the service number of 22.

This contingent of soldiers, arrived in South Africa and when peace was declared, immediately returned to Australia. He was awarded the Queens South Africa Medal, with clasps serving at Belmont, Transvaal, Rhodesia and South Africa, 1902.

In January 1902 a new squadron for the Regiment was formed in Cape Town from Australians already in the country, as was another squadron in February. This brought the strength of the regiment to 500.

About 1,000 men in total are thought to have served in the unit, although it had no more than 600 at any time.

During May 1902 some of the men whose time had expired returned to Australia in the transport Ansonia but many more, and all the officers, volunteered for further service.

200 Victorian Riverina Bushmen, raised by J. S. HORSFALL, reinforced those who stayed. (I believe that his future brother-in-law, John Joseph HORGAN were part of this 200 being from the Riverina Area).

The regiment spent the remainder of its time serving with William’s column in west Transvaal, until peace was declared in June 1902.

On 12 July 1902 the regiment sailed from Durban, Natal, for Australia, on board the transport Drayton Grange arriving in Sydney on 11 August” 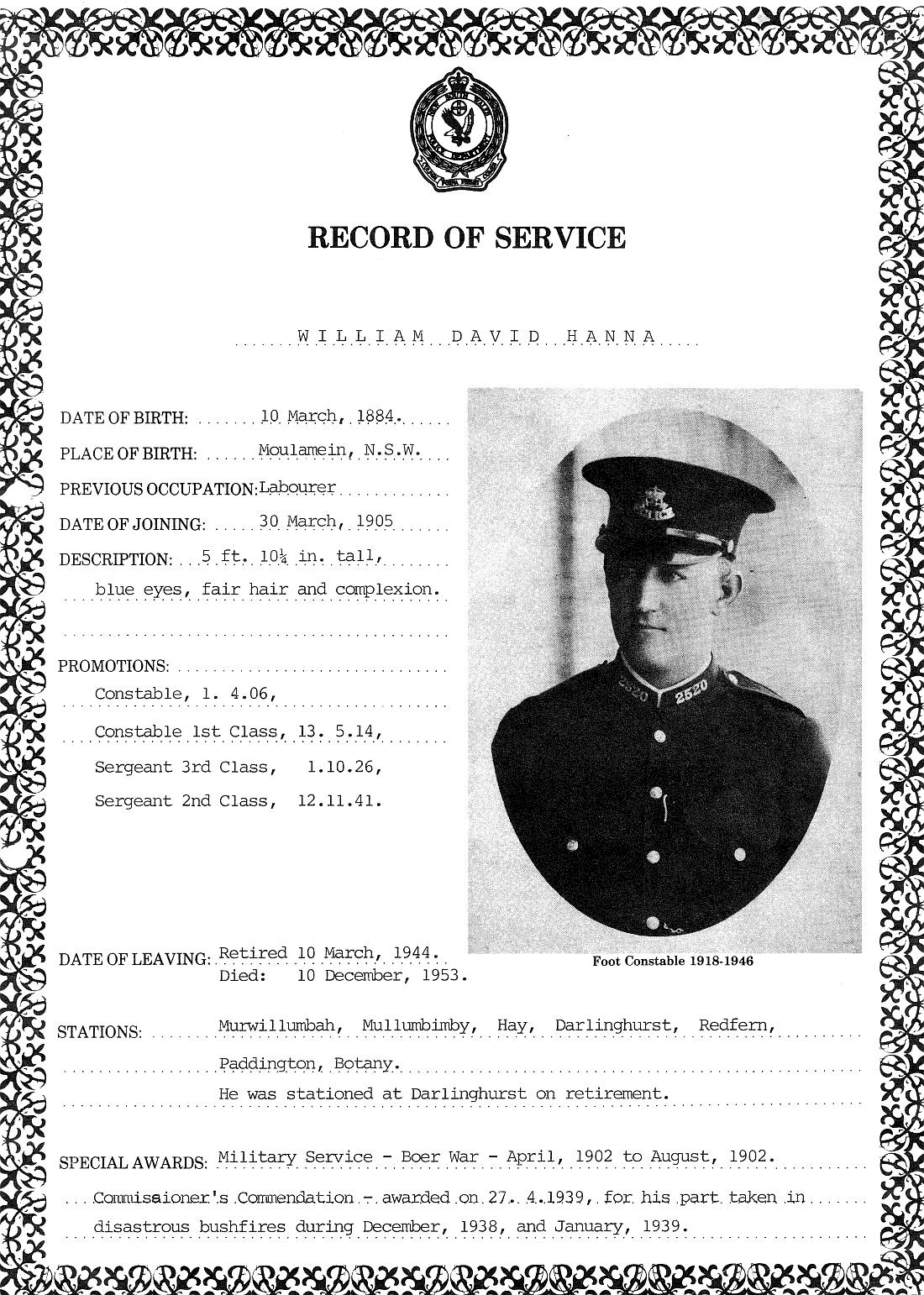 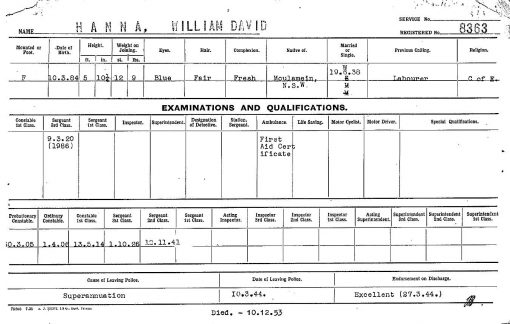 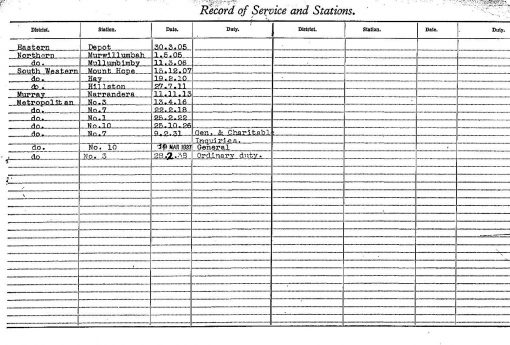 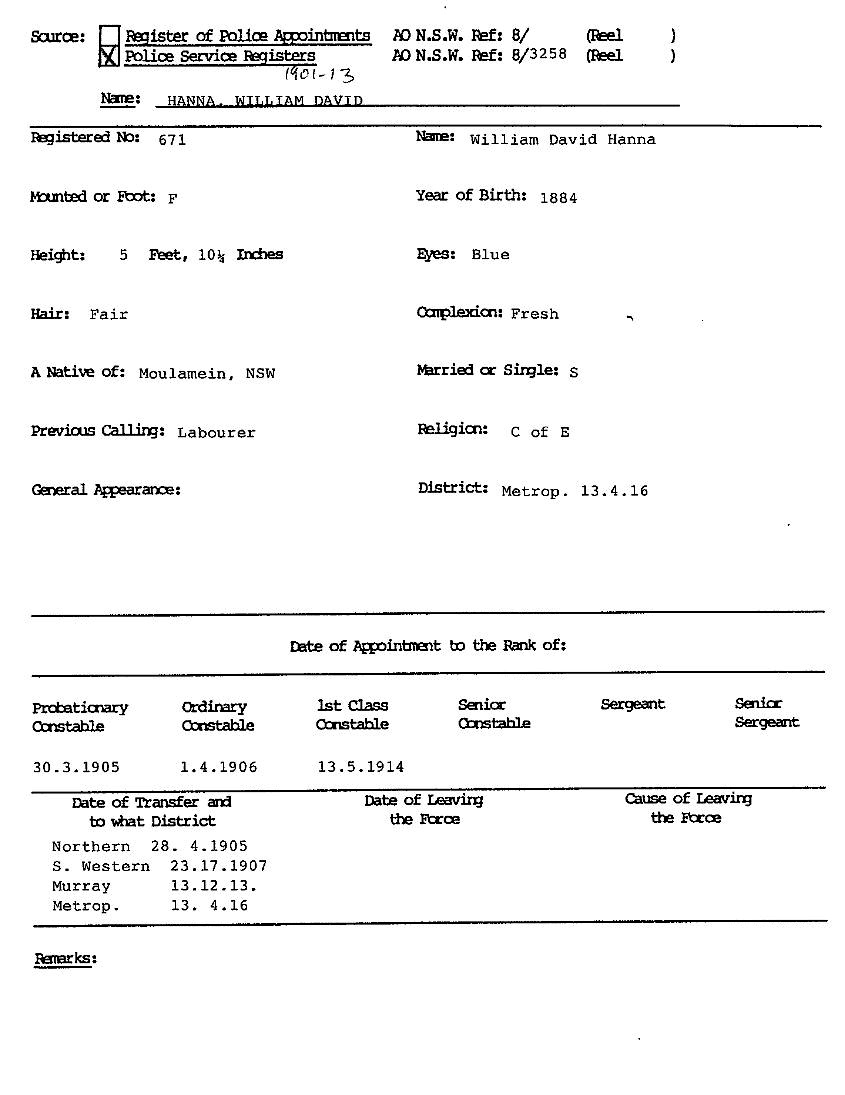 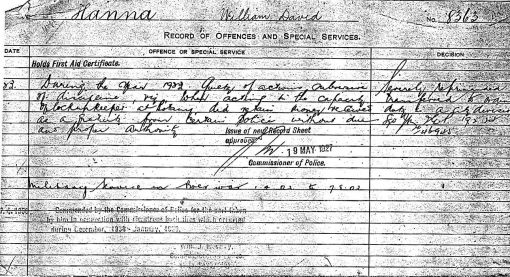 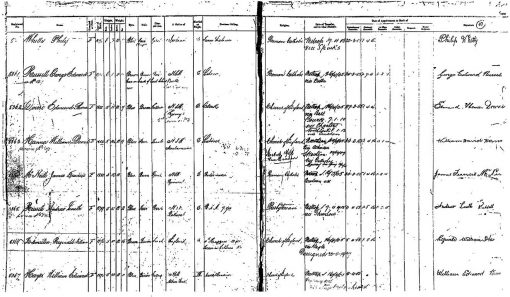 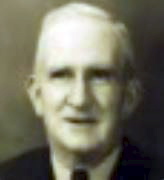 Wake location:  ? TBA ( Due to current Govt. restrictions of 2 persons only at a ‘Gatherings’,  there won’t be an immediate Wake ) 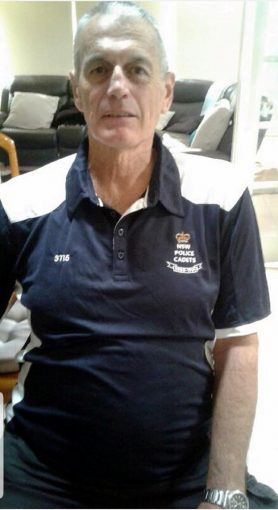 Deepest of condolences to his wife Julie and their boys Tiron & Nathan and to their extended family and friends.

Now out of pain, may you forever Rest In Peace mate. 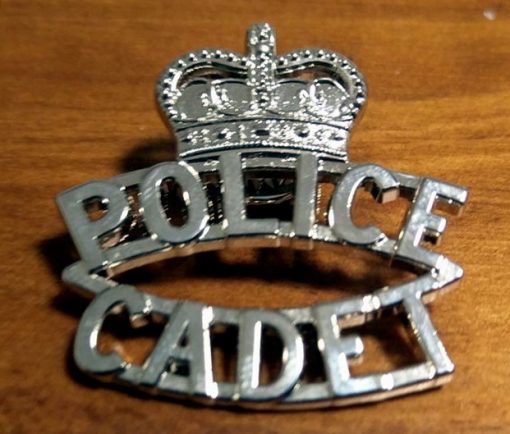 Proud Dad of Tiron, and Nathan.
Father-in-law of Kristal, and Jackie.
Besotted Pa of Xavier and Hudson.
Cherished brother, brother-in-law and uncle of his family.
A proud Dinosaur.

The family and friends of Chris are advised that His cremation has taken place privately at His request.

A Memorial Service will be held to Celebrate Chris’ Life at a later date.

Memorial located at: A pub at Bathurst, where Dick enjoyed a drink during the Bathurst Races each year, had a section of the Hotel renamed the ” Dick Martin Beer Garden ” in honour of Dicki. 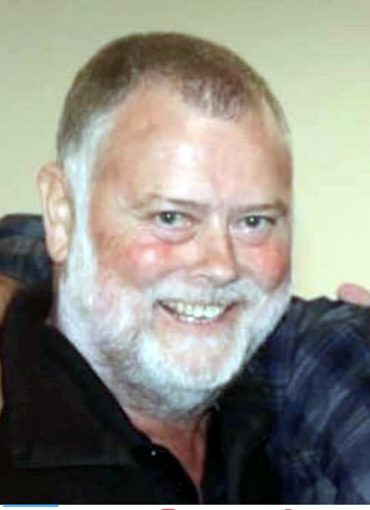 DICK IS NOT mentioned on the Sydney Police Centre Memorial Wall, Surry Hills – But should be ( by 2020 )

Passed away peacefully at home with his loving family by his side October 10, 2019.

Adored father of Ben and Daniel.

He will be sadly missed by all his family and friends.

Dearly Loved By All Who Knew Him

Requiem Mass for the repose of RICHARD’S soul will be celebrated at Our Lady of Fatima Catholic Church, 389 Port Hacking Road, Caringbah on Thursday, October 17, 2019 at 10:30am

A ‘family‘ member of the Kogarah days was extremely ill and did not make the rest of the week.

Richard ‘Dicki’ Martin. Approximately 4 weeks ago, was not feeling well and was diagnosed with Stage 4 Stomach cancer and liver cancer. Dick is at home in palliative care.

You may all remember he went to the mounted unit, and is still attached to the State Planning Unit.

Gregor Dumbrell:  Oh wow that is terrible. So sad to hear. Great guy. Haven’t seen him for a few years. Fellow 242 member. Thanks for sharing xx
David Draper:  Gregor Dumbrell – good bloke. Another of our class
Mick Holmes: Really sad news, always a real character, liked by everyone, would like to get in contact, can anyone please PM me with a contact No.

Tracey Kearns:  What terrible news for him and his family. Thinking of him x
Ian Logue:   Sad, sad news, Richard was a real nice bloke to work the truck and the station with. Please keep us informed.
Greta Rae: That is very sad news, sending him all our love. X
Robert Gillespie: Dicky is a champion and doesn’t deserve this. Very sad news.
Kevin Stewardsen:  Sorry to hear the news. Always a laugh with dick on the shift.
Margo Starr-Sizzle:  Such sad news , one of the greats , thoughts to him and his family at this hard time
Mick Lee:   Bloody Hell ????
Champion bloke to work with.????
Lee Howell:  Saw him just over a week ago walking very slowly through the SPC. A bit bent, a bit slower but same cheek and laughter about a few things. Facing it unbelievably strong with a lot of the ‘it is what it is’ attitude and a laugh. Great guy and I like many just hope he is as comfortable as is possible. Tough on his mum as well, lost Dicky’s older brother when we were all teenagers. Not supposed to happen this way.
Garry Law:   So sorry to hear that news. A great bloke and he was often my Reserve Constable. He had me enthralled one Night Shift telling me about his time working at Spendthrift Stud Farm in Kentucky and all the famous American racehorses he saw. We had some great young Police in those days and he was one of them.
Steve Papworth:   That’s terrible news Dicky is one of the nicest guys you’d ever meet.
Brett Farragher:  I am shocked and saddened by the news that Dickie is sick. I always wondered what happened to him. I always thought I would catch up to him again one day and talk about the old days. He was always such a good guy to be around and he made me laugh. I have some great memories of our time at Kogarah. Shitty, shitty news.
Ford Scarelane:   Shit I only saw him the other week … a true gentleman… always had time for a chat …. that sucks big time …. fuck cancer!!!!
David Longfield

David Longfield that’s crap mate
Rebecca Carven:  So sorry to hear this devastating news …. will pray for him and his family. Thank you for sharing xx
Da Vid Mudds:   Such sad news, top bloke, loved working with Dicky in those Kogarah days, thoughts with him and his family.
Carl Reburg: Terrible news. Please pass on my thoughts if speaking with him. Groobs.
Gra Naps:  That is terrible news. Thanks for passing this on. I have some great memories of working with him at Kogarah.
John Green: Sad to hear – such a short time from diagnosis to palliative…! I remember Dick well from Kogarah days and then the Mounties when I was in City East and OSG. Thanks for sharing the information.
Lee Greenstein:  Sorry to hear this need I know the name can’t put s face to him any one got any pics of him
Gregory Moose McMahon:

Thanks for the information. I contacted Craig MELVILLE. He is aware. He has spoken to Trish. But does not want to bother here too much. If you get any more news please let everyone now. Ta.
Sandra Parriott Thanks for the update.
John Elfes: Terrible news, please keep us posted.
David Draper Very sad news. Good bloke.

Sadly Dicki passed away during the evening of Thursday 10 October 2019.

Now at peace and out of pain.

May Trish, family and friends accept our condolences.