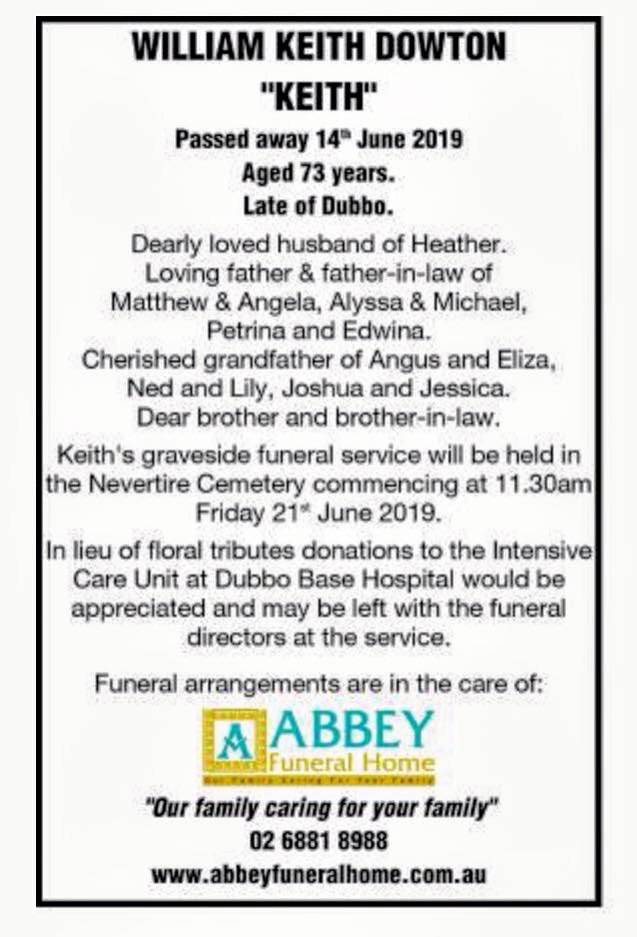 June 21, 2019
Rest In Peace Keith, we had lots of fishing trips together and I have many memories. I am a bit shocked to read this, may the family live and love with your memory of a fine chap.
Kind regards Des Roberts,
from Sunshine Coast Queensland

My brother Keith Dowton formerly of Nevertire passed away on the 14/6/19.Keith grew up in Nevertire son of Keith and Kitty Dowton and his 6 brothers and 2 sisters.Attended Nevertire Public School then Warren Central.
Worked on the telephone exchange in Warren before joining the Police force in 1967 and retiring in 2001 .

AS NOTIFIED BY THE POSTMASTER-GENERAL’S DEPARTMENT

AS NOTIFIED BY THE POSTMASTER-GENERAL’S