After leaving NSWPF, moving to Sunshine Coast, Qld, Dave drove a truck until he joined the Queensland Police Force & Served until his retirement as a Senior Sergeant at Surfers Paradise, Qld.

Awards:  No Find on Australian Honours system – however:

He was in a nursing home for 12 months prior to his passing, in Qld. 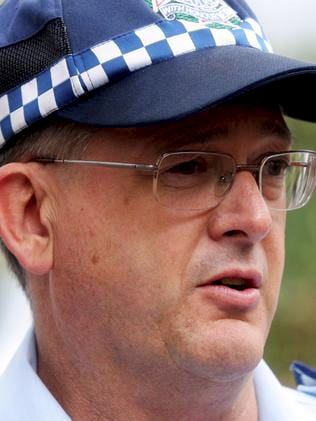 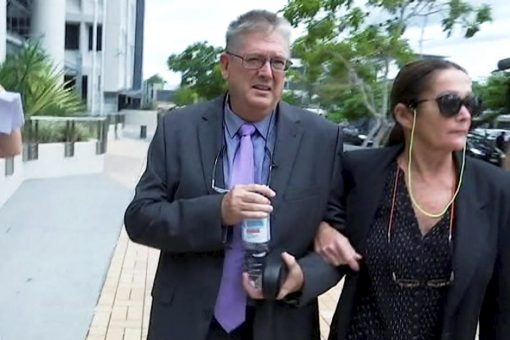 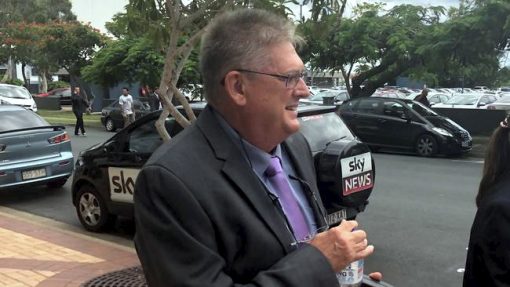 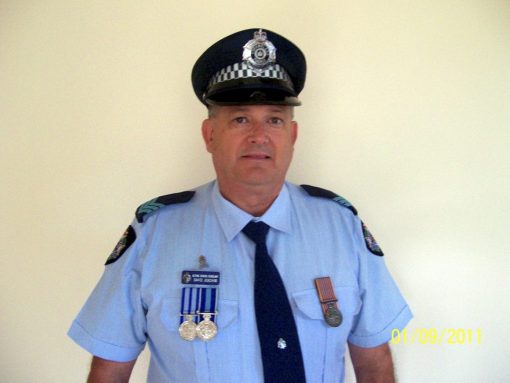 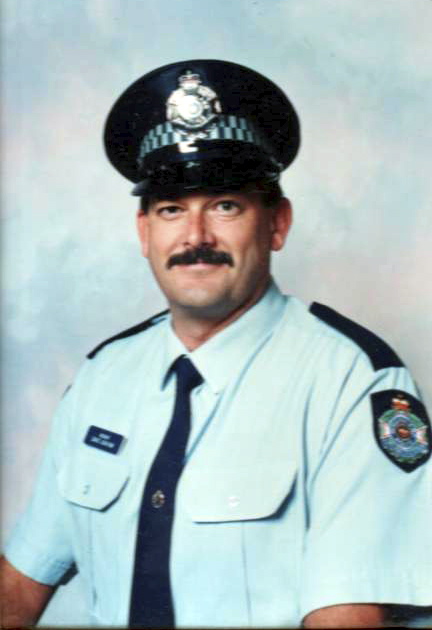 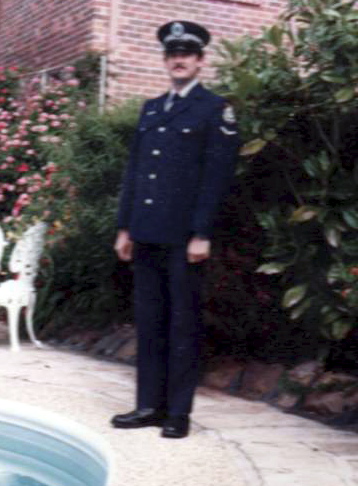 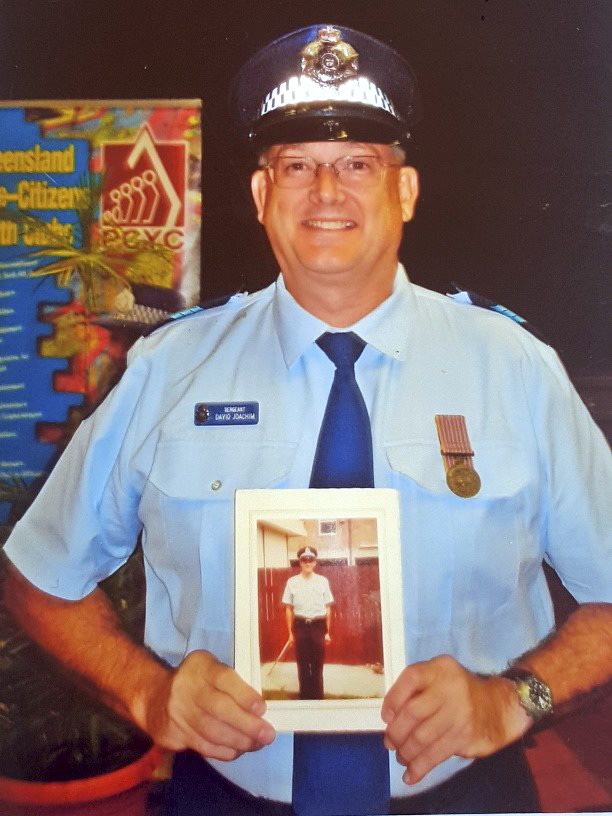 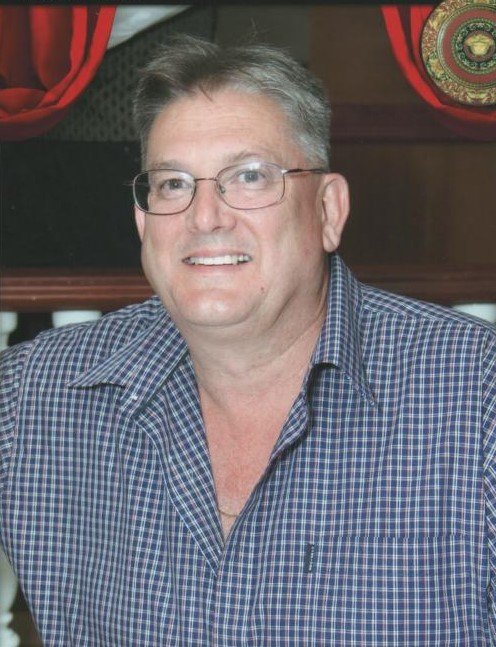 On Thursday 24th September we said our farewell to the love of my life, my husband David – Dave, Jocho, loving father to Lauren and Yvette, with our immediate family and friends.

Unfortunately, due to Covid restrictions we could only have 50 people attend David’s service.

Our family and I would like to thank you all for the most beautiful and respectful messages we have received. We are overwhelmed by the love and support hundreds of friends and work colleagues have shown David and our family.

David had been very ill for many years. The early signs that David was unwell commenced in 2012 and in August 2015, David was diagnosed with Early Onset Frontal Temporal Dementia.

David’s health deteriorated where he was losing his motor skills, unable to see properly and kept having numerous falls.

Among many other symptoms, his ability to speak, eat, swallow and to walk deteriorated.

I took him to many different medical specialists and he also attended the Frontier Brain and Mind Centre, University of Sydney in order to properly diagnose him.

David had the most tenacious neurologist on the Gold Coast, Dr Arman Sabet who completed his studies in the U.S.

Dr Sabet kept stating David has a more specific disease because David was still very cognitive and still had an amazing long term memory which he did up until he passed. He did have difficulty with his short term memory. He knew what he wanted to say but his brain wouldn’t allow his thoughts to be transmitted through his speech.

After many tests and bloods sent overseas by Dr Sabet, David was fully diagnosed with PSP, Progressive Supranuclear Palsy which is somewhat similar to MND Motor Neuron Disease. PSP is also like a Parkinsonian disease.

David suffered a horrible and cruel 5 years and on the 17th September, David passed into God’s eternal care. No more torment. No more pain.

I know that you will all miss David as much as we miss him. We all have wonderful and funny stories to tell but that would take forever and I’m sure you will all share those stories and memories.

You all know David was a good, loyal, caring man, always had everyone’s back and you all hold him dearly to your hearts. Our lives will never be the same again.

There are too many people for our family to thank individually. We thank you all very much.

The last thing I would like to say is: If anyone becomes ill from Dementia, PSP, MND, Cancer or whatever terminal disease, please don’t be frightened to keep in contact or visit that person as that person is still the same person you all knew and loved.

That person also remembers you all and also loves you.

Commissioners Commendation given on 17 March 1996

SUPPLEMENT TO THE LONDON GAZETTE,  page 10279

For services leading to the rescue of an injured woman from the blazing wreckage of a damaged car.

His Excellency the Governor, with the advice of the Executive Council, has approved of the undermentioned Commissioned Officer appointments, effective from the dates indicated: 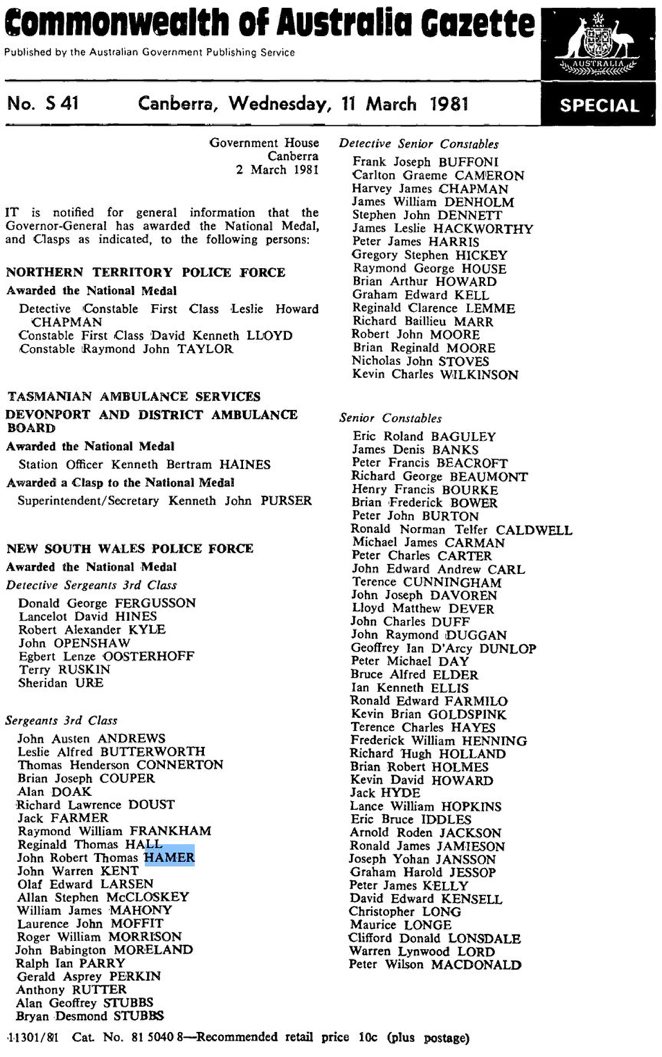 Les Dalrymple Sergeant Hamer was an instructor at the Academy when I did secondary training back in the very early 80s. A thorough gentleman — Vale John.

Ron Alexander I worked with John at the secondary training annexure Elizabeth Street Redfern during the late 80’s. John was admired by all and a true friend. RIP John.

Col Colman Thank you John Hamer for your fine and dedicated Service to our Community. We also thank you for you enthusiastic approach whilst performing instructional duties at the Police Academy, and on behalf of the many hundreds of Probationary Constables you instructed in class, and launching them into a wonderful career, we say thank you, you really did make a difference. As a new Instructor at the Academy, during John’s tour, I found him most helpful and informative, during those first few months. RIP………..
3

Phil Evans RIP John. Would anyone know if he lived at Gladesville prior to joining the NSW Police?

Barry Salter John was in my class of August 1964

NSW Fallen Police Do you have a Class number Barry? Also, do you recall the exact date you all walked into the Academy – I assume at Redfern? Cal

Warwick Saunders Rest in Peace, a class after me.

Belinda Dunn-Toemoe Thank you for your service. Rest in peace. ????

Ken Emms I was a student of John’s in the Methods of Instruction Course. A very competent teacher & all round good bloke. He will be sadly missed. Sincere sympathies to John’s family.

Glenn Stan Cam Stanley John was attached to Sutherland District Office when I was in SOGs and he was always a gentleman who also had a good sense of humour. Will be sadly missed RIP mate

Stewart McNeice Worked with John at Kogarah. A real gentleman. A dam shame.

Commissioners Commendation for courage & devotion to duty on 2 March 1982

There is ‘no find’ with a search via Trove – so, at this time, little is known about Scott, his life or career.
Please check back for funeral details which will be included over the next few days when details are known.
We send our deepest sympathy to Olwyn Pratt Edmonds on the loss of her husband of 51 years ( married 10 September 1966 ) after a long battle with Parkinsons disease.
Olwyn is also the daughter of deceased member, Edwin Oliver PRATT, who died on 19 November 1948.
Cal
10 August 2017
[divider_dotted]