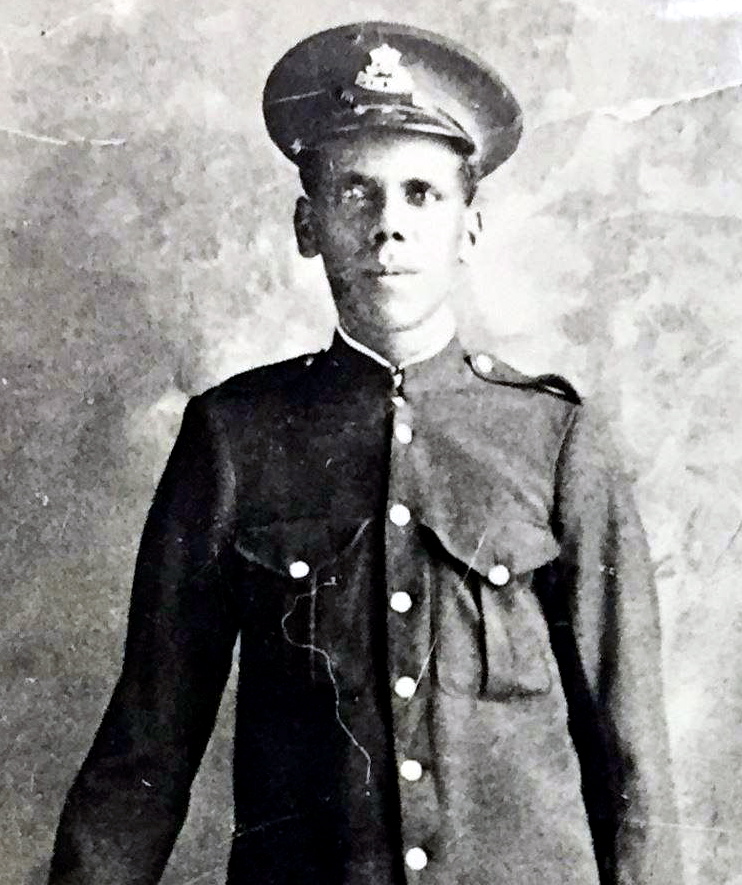 Walter Williams, a Bundjalung man, was born at Bonalbo in the 1890s to Lansbury Williams, a renowned stockman and tracker, and Emily Charles.  Lansbury Williams probably spoke the Gidhabal dialect of Bundjalung.  Walter was also the great-grandson of King Bobby and Queen Jinny Little who both had strong ties to Yulgilbar Station on the Clarence River.  Before taking the job as the tracker at Casino in about 1919, he worked as a bush labourer and horse breaker.  On one occasion, he drove 200 horses to Tabulam before breaking them all.  He was a master horseman.

Walter took over as the Casino tracker from his father-in-law Denny Joseph.  He continued to break horses for the police.  His other main jobs as the tracker were to look for people lost in the bush and trailing herds of lost or stolen cattle.  His tracking career was sadly cut short in 1930 when he suddenly passed away suffering from pneumonia, a condition he had first suffered from in 1919.  He was survived by his wife, Violet Joseph, and four children.[1]

The black-tracker, Walter Williams, who was attached to the Casino Police station, and who had been ill for the past few weeks, died on Sunday, after a severe bout of pneumonia and pleurisy. The deceased was 38 years of age, and besides his wife and family, leaves other relatives in the Tabulam district. . ” Walter Williams was a loyal and conscientious worker. ” said Sergeant S. L. McIntosh, when referring to Tracker Williams‘ death. ” He was with the police for 12 years, ” he added, ” and was most loyal in his work. ”

This article was published in Australian Dictionary of Biography, Volume 16, (MUP), 2002

Clive Andrew Williams (1915?-1980), Aboriginal leader, was born probably on 22 February 1915 at Casino, New South Wales, second of five children of Walter Williams, an Aboriginal tracker, and his wife Violet, née Joseph, from Queensland. Clive attended the public school and was one of few Aborigines accepted at Casino Intermediate High School. At the age of 15 he began work on the railways at Coonabarabran. He returned to Casino where he was employed in the butter factory. While still a young man, Williams planned to travel to Bellbrook on the Macleay River to participate in an initiation ceremony. He found, to his disappointment, that the ceremonies had recently been discontinued, as they had among his own Bundjalung people on the Richmond and Clarence rivers.

At St John’s Presbyterian Church, Coraki, on 26 April 1941 Williams married Ida Drew, who had been taken from her parents by the Aborigines Protection Board. He built a rough dwelling and continued to work in the Casino butter factory. The family then lived for a time on the Aboriginal reserve, but in 1962 moved to a cottage in the town. In the mid-1960s Williams accepted accommodation at Tranby Co-operative College for Aborigines at Glebe, Sydney, where his work with Rev. Alfred Clint and the Co-operative for Aborigines Ltd was highly regarded. He gained employment with the Department of Main Roads and brought his growing family to their new home at Rozelle.

Having joined the Aboriginal-Australian Fellowship, Williams attended the annual conferences of the Federal Council for the Advancement of Aborigines and Torres Strait Islanders. Before the 1967 referendum, he helped in the successful campaign for the removal of the two offensive clauses in the Constitution relating to Aborigines. A member of the executive committee of the Aboriginal Education Council, he was involved with the early leadership training schools and other community development programmes. His wise counsel was appreciated.

In the 1960s the Commonwealth government was promoting the doctrine of ‘assimilation’, while Aboriginal organizations, especially F.C.A.A.T.S.I., wanted increased recognition of Aboriginal identity. Caught between two worlds, Williams was fiercely proud of his Aboriginal heritage but remained gentle and non-aggressive. In 1967 he took the leading role in a film, One Man’s Road, produced by the Commonwealth Film Unit for the Department of Interior; in it he and Ida told of their life and struggles. He was dismayed to discover that the Department of Territories used the film as propaganda to promote assimilation.

Williams and his family returned to the North Coast where he quickly became involved with the community. He was a leader among a group of Aboriginal elders who worked with the administrators of the Northern Rivers College of Advanced Education towards the recognition of the interests of the Bundjalung and other Aboriginal communities in the area. Suffering from hypertension, Clive Williams died of myocardial infarction on 1 December 1980 at his Lismore home and was buried in Goonellabah cemetery. His wife, and their three sons and six daughters survived him.