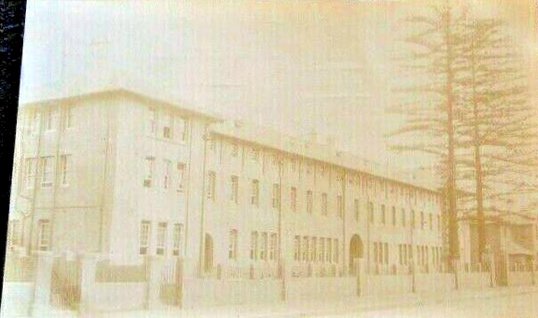 Time in Retirement from Police:  NIL

Awards:  No Find on the Australian Honours system

Certificate of Merit by the Royal Humane Society, NSW – Actions involving a drowning rescue at Bronte, NSW, on 11 November 1911

PERCY IS NOT mentioned on the Sydney Police Centre Memorial Wall, Surry Hills

POLICEMEN TO THE RESCUE.

At Bronte Beach yesterday a railway employee named Warrs got into trouble, and was carried outside the breakers.

Several police constables who were out for a swim and were dressing, went to the rescue.

Constable Conley tried to get out, but returned in an exhausted condition.

Then Constable Bebb made an attempt and reached Warrs, whom he got ashore after a hard fight.

Warrs was unconscious, but recovered under treatment.

SCROLL OF THE BRAVE AUSTRALIAN HEROES.

The Royal Shipwreck Relief and Humane Society’s 35th annual meeting and distribution of awards for acts of bravery will take place at the Sydney Town Hall on the evening of the 26th inst.

The list of those who are to receive either medals or certificates is comprised solely of Australians who have risked their lives in saving others. On this occasion five Australian mariners are to be presented with silver medals from the King of Italy for an act of bravery in rescuing men, women, and children at Messina at the time that, city was destroyed by earthquake. Another Australian is to receive a bronze medal and certificate from Lloyds, London, and a silver medal and certificate from the South Holland lifeboat institution. The acts of bravery performed by the following have been recognised, and each will receive the society’s award at the annual meeting.

On November 11, 1911, while bathing in the surf at Bronte a man named Maurice Maher became cramped and perfectly helpless a considerable distance from the beach, and was rapidly being carried further out. He shouted for assistance, and Constable Bebb swam out, partially dressed, with the line, which he lost in the breakers. He, however, swam on and reached Maher, and with the assistance of Constable Conley, who had also swam out, he was safely got to the shore.

Sergeant Charles Percy Bebb, of Waratah Street, Arncliffe, one of the most popular members of the metropolitan police force, died last Sunday at the North Sydney Hospital, aged 48 years.

A week previously he was operated upon for appendicitis, but peritonitis developed and he did, not rally.

Sergeant Bebb was only recently promoted to first-class rank.

As a member of the water police he saved many from drowning and by kindly care and aid prevented many distressed persons taking their lives.

During the deceased’s connection with the force he had been associated with nearly every branch of the service.

Starting at George Street North, he later joined the Water Police, and was familiar with every point of the harbour.

Then to the Traffic Branch, where he was well-known in connection with the issue of licenses and vehicle registration.

Back later to the Water Police figuring prominently in many of the unfortunate bridge tragedies.

Still, later as officer to Redfern division, and latterly to St. George as licensing officer.

At the time of his sudden illness he was on special duty at North Sydney.

The deceased, who is survived by a wife and two daughters, was Vice-President of St. David’s Church of England Men’s Society, Arncliffe, and also treasurer, synodsman, and parish Councillor of the church.

The funeral services at St. David’s, Church, Arncliffe, and at the Woronora Crematorium, on Tuesday, were largely attended.

The police band and 80 policemen in uniform were present.

Inspector Jones, of Kogarah, was in charge of arrangements, and was assisted by Sergeant Redding.

The large gathering present included many ex-policemen and colleagues and friends.

The services were conducted by the Rector, Rev. Pitt-Owen, assisted by the Rev, W. J. Siddens.

The WIFE and FAMILY of the late CHARLES PERCY LLOYD BEBB, of Arncliffe, wish to return THANKS to the many kind friends and relatives for letters, cards, and floral tributes in their

God has him in His keeping, We have him In our hearts.

Inserted by his loving wife, and daughters, Maggie

BEBB.- In loving memory of Percy, who departed

A memory of his loving, kind ways Shall linger with us all our days. By Mrs. Garden, daughters, John.

Inserted by his loving wife and daughters, Maggie and Esther.

BEBB – in loving memory of Percy Bebb who passed away October 21 1934.

Dearly loved and ever remembered Mrs Gordon daughters and John

BEBB. — In loving memory of Charles Percy Lloyd Bebb who departed this life October 21 1934. Always remembered. — Inserted by his loving wife and daughters Maggie and Esther.

Not Just today, But every day,

In silence we remember.

Their families lived in Glebe; they both attended St John’s Church there.

Both were given their albums by their parents – Percy on his 20th birthday in 1886.

The cards date from the beginning of their friendship in 1904, continue through their courtship until their marriage in 1909; after that, they are mostly Greeting types for birthday and Christmas.

They follow Percy’s path from Glebe Fire Brigade to CSR at Broadwater Richmond River and finally to NSW Police Force.

Mostly these cards date from 1904 to around 1910. A lot are between Maggie and Percy – in their courtship they seem to have written very frequently. A lot of the messages are concerned with their own and the other’s health – perhaps there was nothing else to write about. Or fishing; both families seemed to be very keen fishing people.

Unfortunately a lot of these cards are age spotted from being stored in the old albums with porous green paper; or damaged through posting or handling.

While I have discarded the worst ones, some that otherwise seem historic or attractive I have retained, hoping they will still be appealing to someone. So please let the photos been your guide as to description. Always happy to combine.

Constable Charles Percy Lloyd Bebb was awarded a Certificate of Merit by the Royal Humane Society of NSW for actions involving a drowning rescue at Bronte on the 11th November 1911.

From a newspaper report  of 25 April 1932 he is mentioned as trying to revive a man who had jumped from the Sydney Harbour Bridge. Unfortunately he was already dead when his body was retrieved from the water.

One shows the front façade of the Police Barracks, the other has several small vignettes showing Mounted Police on horseback, undergoing training, in formation etc. One is dated 18.3.08. As Percy only joined the Police Force 7 March 1908, it is possible this was his first posting. Both photos are faded. 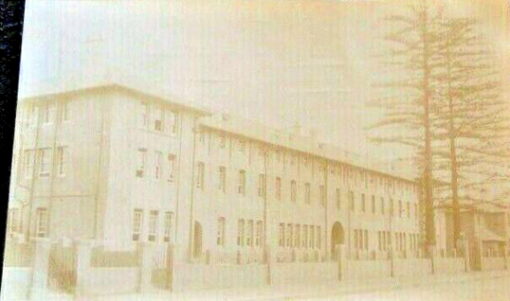 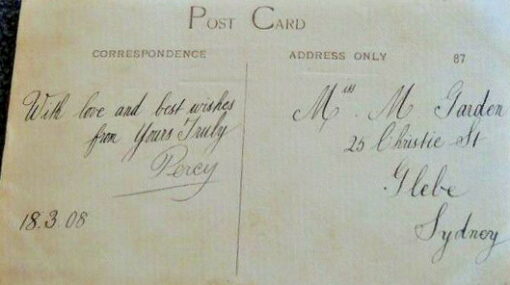 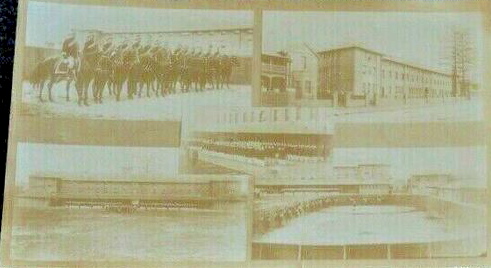 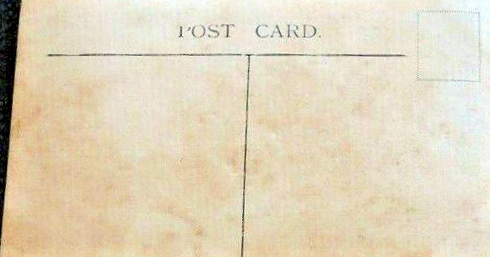 All are cremated with the Ashes of all being in the same niche’ at Woronora Cemetery, Sutherland, NSW.

Another good article. It gives us an idea about the expolice them selves. RIP Mr BEBB