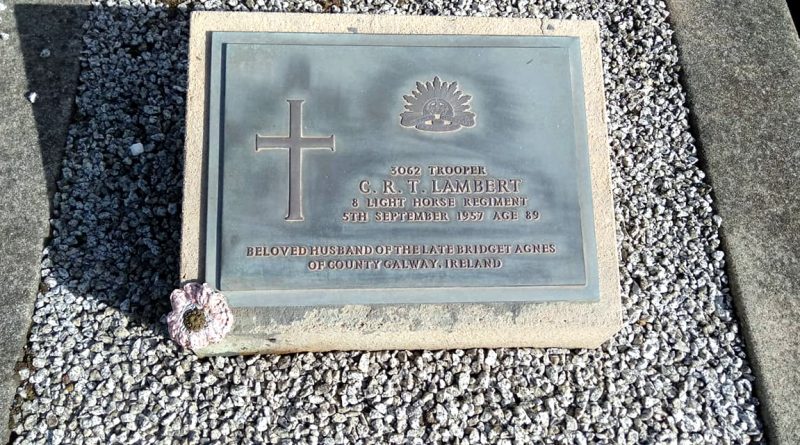 Christopher was allotted, Lot 63A which consisted of 47 acres, 1 rod & 4 perches of land on 9 April 1923 in Blackwood Park Estate, the Parish of Scoresby, Victoria.

At this time he was residing at 17 Vaucluse St, ?, .  He is married and 53 years of age at this time with no dependants.

When asked what his occupations was before the war ( WWI ), he stated ‘ Station life as Coufser? in Queensland.

He further states he has ” Practically lifelong since 1890, done farming, in Australia and also farmed in Ireland.”

In a report to the Secretary, Closer Settlement Board, dated 20 March 1929, it is stated that Lambert is not doing all that is desired under the Act.  Lambert does as little as possible to comply.

Lambert was summoned to the Ferntree Gully Court for failure to obey the Act on the 30 November 1928 by keeping his holdings clear of blackberry bushes.