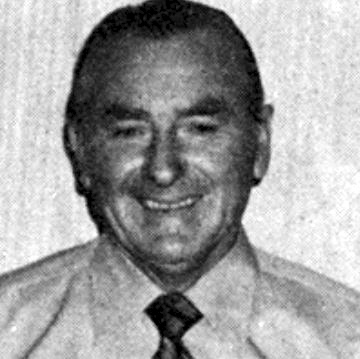 As his father before him, he was a staunch unionist with a longstanding commitment to protecting the rights of workers.

HIS Excellency the Lieutenant-Governor, with the advice of the Executive Council and in pursuance of section 270D of the Local Government Act, 1919, has been pleased to approve the appointment of Sergeant 3rd Class James William Byers, Police Department, vice Sergeant 2nd Class Claude Richardson, as deputy member of the Parking Advisory Committee for the Municipality of Woollahra, for a period expiring on 19th February, 1975. (P.A.C. 120, pt 2)

Municipality of Waverley: Appointment of Members and Deputy Members of Parking Advisory Committee

HIS Excellency the Governor, with the advice of the Executive Council and in pursuance of section 270d of the Local Government Act, 1919, has been pleased to approve of the appointment, as from 3rd April, 1967, of the following gentlemen as members and deputy members of the Parking Advisory Committee in respect of the Municipality of Waverley:

The City Coroner, Mr. F. L. McNamara, was told yesterday that a man had lain for 30 to 45 minutes with a broken hipbone at the corner of Oxford and Moncur Streets, Waverley, while nine or 10 trams passed him.

Mr. McNamara found that the man, Arthur Reginald Townsend, of Nelson Street, Woollahra, had died accidentally at St. Vincent’s Hospital on February 26 from shock following an operation for a fractured femur, accidentally received when he fell from a moving tram on February 24.

He said: “I find it almost impossible to believe that no person saw the unfortunate deceased lying on the ground during the half to three quarters of an hour he must have been there.”

Constable Claude Richardson, of Paddington Police Station, said Townsend had told him he was getting off at Moncur Street and had one foot on the ground when the tram started off and he fell over.

Townsend had added: “The tram didn’t stop and I lay there while about nine or 10 trams went past before anybody came to my assistance.”

Bruce Carter, 6 years, of Suffolk Street, Paddington, was seriously injured yesterday when he fell off the back of a lorry in Glenmore Road, Paddington.

Central District Ambulance took him to St. Vincent’s Hospital, where he was admitted with head injuries.

Constable C. Richardson, of Paddington police is in charge of inquiries.