No find on It’s An Honour.

Cause:  Melanoma of the Brain 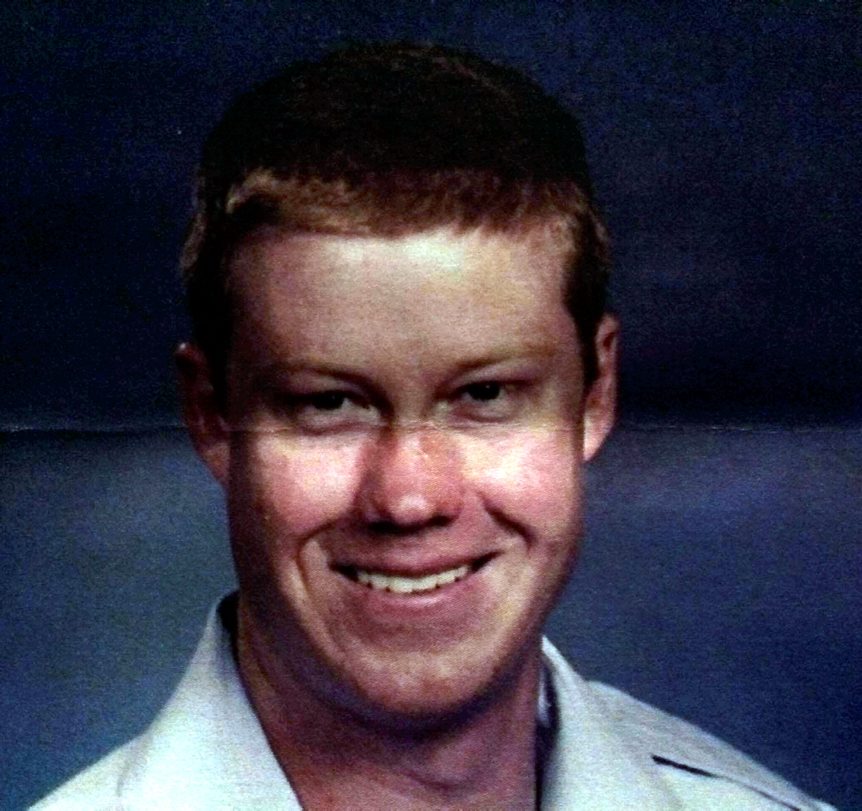 Passed away suddenly and unexpectedly

Dearly loved husband of KIRSTY and adored father of JARVIS, and SYBELLA.

Much loved son and son-in-law of DON and MARGARET WILLIAMS, ANNETTE and GEORGE HAMILTON.

The Family and Friends of CLINTON are warmly invited to attend a Celebration of his Life to be held in Pettigrew’s Chapel, 984 Hunter St., Newcastle West THIS FRIDAY 23/9/2016, Service commencing at 2.30PM.

In lieu of flowers donations to NSW Police Legacy may be made at the Service.

[divider_dotted]
September 24, 2016
I can’t believe that you have gone. I wish we had spent more time together as adults. I have good memories of us as children. Life pulls us in different directions. I promise to always check in on your Mum and Dad and look out for them.
Rest in peace Clinton,
Love Amanda, your cousin xx
Amanda Williams, Newcastle, New South Wales
[divider_dotted]
R.I.P Clinton xx
Heidi Power, Mount Hutton, New South Wales
Published in The Newcastle Herald on Sept. 21, 2016 –
http://tributes.theherald.com.au/obituaries/theherald-au/obituary.aspx?n=clinton-travis-williams&pid=181468844&fhid=31483#sthash.QJ6p7zV3.dpuf
[divider_dotted]

FOR the past year, Margaret Williams has been asking herself “what if”.

Mrs Williams lost her son, Clinton Williams, a respected police officer with the Brisbane Waters Local Area Command, in September last year to brain cancer, leaving behind a wife and two children, and sorrow between the thin blue line.

But as the grandmother has found, thanks to NSW Police Legacy, the thin blue line gets thicker in times of heartache.

Families of NSW Police Force personnel, including those killed in the line of duty, came together on Thursday at Newcastle police station for the legatee lunch – an initiative that is more than just breaking bread, but recognition that personal sacrifice has not been forgotten.

Mrs Williams, who was attending her first legatee lunch, said the value of a sympathetic ear had been “absolutely fantastic”.

“They [Police Legacy] have been very, very supportive,” she said. “It’s been a tough year on the family – a lot of those what if questions – but you realise you’re not alone.”

“That’s something that will continue,” he said. “We will continue to fundraise because it’s all about caring for the police family, one that you’re always part of. We say the thin blue line gets thicker in times of adversity.”

NSW Police Legacy said the luncheon was one of many services provided to the families of fallen Hunter police officers.

The organisation also runs holiday programs and hands out more than $250,000 in education grants per year for Legacy children.

A recent challenge has been responding to what happens after police leave the force and the effects of post traumatic stress disorder.

Mrs Williams said her son’s illness probably went unnoticed because he maintained a high pain threshold as a police officer.

“We need to recognise the sacrifices, and if only we could do it more often,” she said.