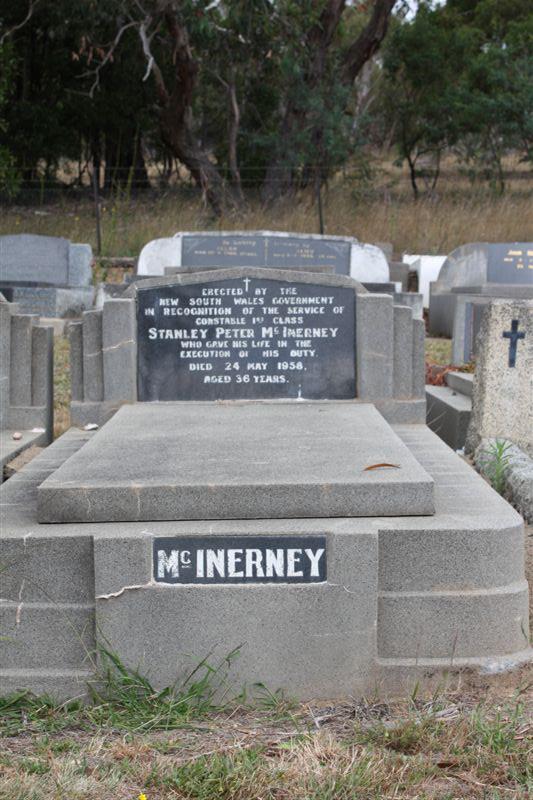 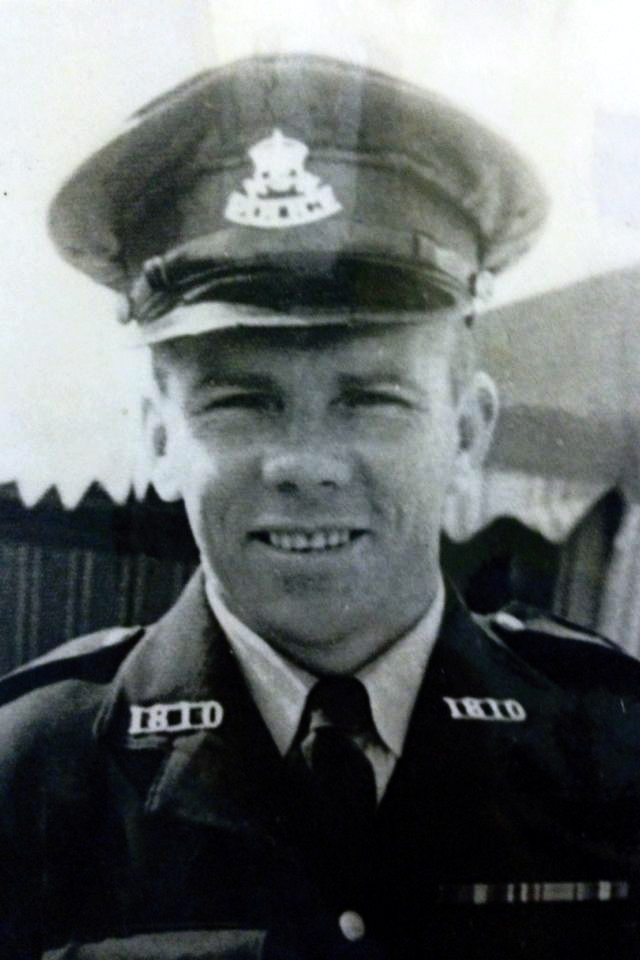 About 10pm on 24 May, 1958 Constable McInerney, the lockup-keeper at Bombala, was asleep at his residence. He was awakened by the telephone and when he arose to answer the call he heard a noise coming from the street. Looking out his bedroom window he saw Constable Southam and a member of the public struggling with an offender who, he later learned, had been arrested for offensive behaviour. Constable McInerney quickly dressed and went to assist. When the offender was subdued he was taken into the police station to be charged. When he had settled down his handcuffs were removed, however he then attacked Constable McInerney, punching him in the solar plexus. Later that night the constable began to experience difficulty breathing and a doctor was called. Unfortunately he died before receiving medical attention. The cause of death was found to have been acute heart failure caused by an effect on his nervous system from the punch delivered by the offender.

The constable was born in 1922 and joined the New South Wales Police Force on 18 October, 1948. At the time of his death he was stationed at Bombala.

He nominated Simon McInerney as his next of kin.  Stanley was discharged from the Army on 30 May 1946 as a Corporal and was Posted at 55 Dental Unit at the time of his Discharge.  He was NOT a Prisoner of War nor did he receive any Honours.