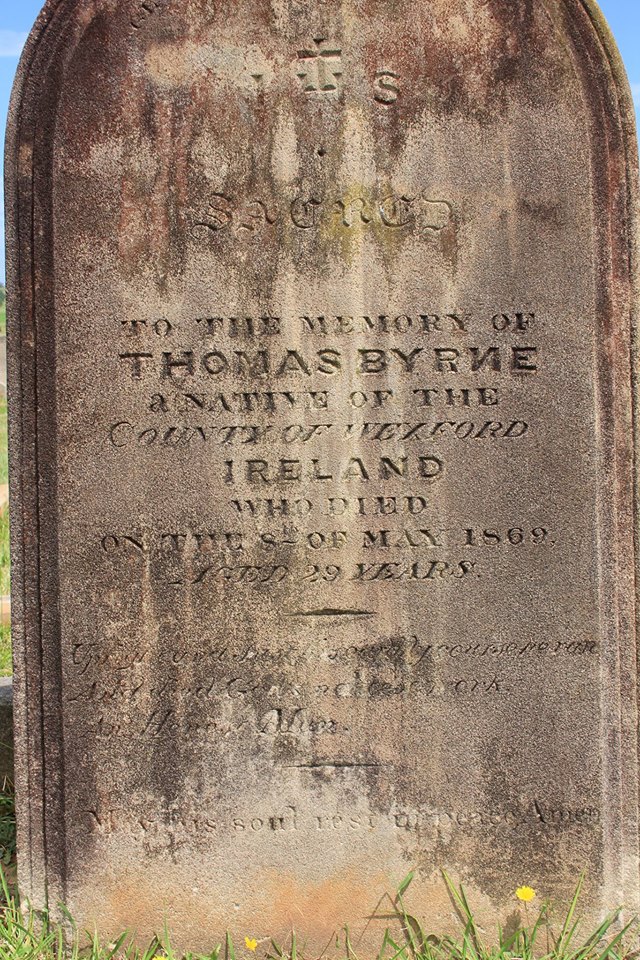 On Saturday 8 May, 1869 Constables Byrne and Beck launched the police boat on the flooded Cowpasture River near Camden. The mail coach from Campbelltown, waiting on the far side of the river, had been unable to cross. The two constables rowed across and collected the mail and a number of passengers before attempting to return. Nearing the bank of the river on the return journey, the boat suddenly overturned, casting the occupants into the water. Constable Byrne, unable to swim, weakened by rowing on the flooded river, and heavily clothed with a cape about his neck, sank beneath the surface and was drowned.

The Empire newspaper dated 11 May, 1869 informed its readers that â€œIt is my melancholy duty to record the deaths by drowning, on last Saturday morning, of Mr. John Lakeman, of Camden, and Constable Byrnes, while crossing the river in a boat with the mails from Sydney. It appears that there were five people in the boat, when by some accident, not yet explained, it overturned. The constable sank at once, and was seen no more; three of the party succeeded in reaching the shore, and Mr. Lakeman managed to get to a log or tree, where, it is said, he remained for more than an hour, when the people got a rope to him which he tied round himself, but sad to relate, in drawing him towards the land, the rope became fouled in a tree and broke, and the unfortunate gentleman perished close to the view of many of his friends, who were unable to offer the least assistance.

The constable was born in 1841 and joined the New South Wales Police Force on 25 February, 1864. At the time of his death he was stationed at Camden.