Cause:  Motor vehicle accident – stationary motor cycle rider hit from behind by truck 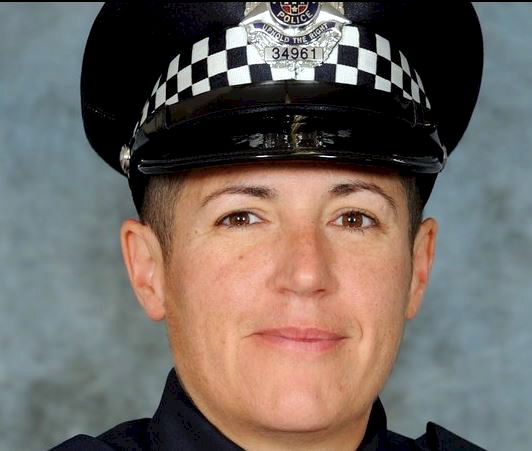 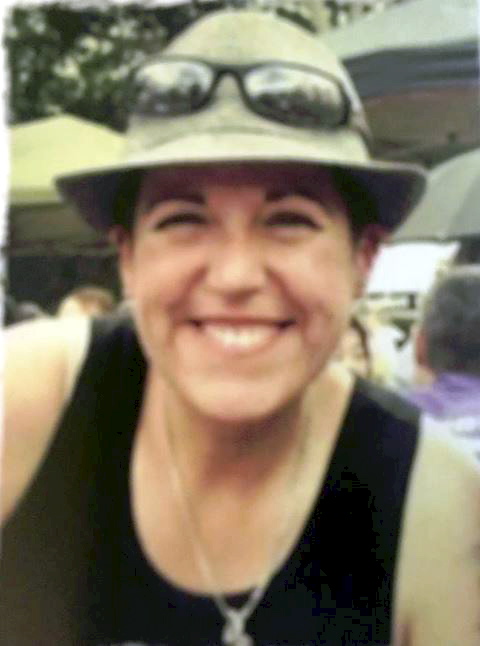 DE LEO. D’Arne (Dee).
In loving memory of Dee De Leo. Passed away on Jan. 12, 2017.
Taken from us too soon.
A dedicated member of Victoria Police.
Loving partner of Krisztina, daughter of Jann and Pat and sister of Sharna.
Time was not on our side to kiss you goodbye, but you will live on in our hearts and memories forever.
Obituaries
Published in Herald Sun on 17/01/2017

DE LEO. D’Arne. First Constable 40129 And we that are left shall never forget; rest in peace friend and colleague for the sun has now set. You will be sorely missed by all at Fitzroy Police Station. Our condolences go to Krisz, family, friends and colleagues.
Obituaries
Published in Herald Sun on 17/01/2017

DE LEO. D’Arne (Dee). First Constable 40129 A valued member of Victoria Police who will be sadly missed. Our sincere condolences to her partner, family, friends and colleagues. The NWM Divison 1.
Obituaries
Published in Herald Sun on 17/01/2017

DE LEO. Dee. The ‘Pocket Rocket’ You may have had a small footprint, but made a big impression on all who knew and met you. Our sincere and deepest condolences to Kris and family. Will be sadly missed Benalla Police Colleagues and friends.
Obituaries
Published in Herald Sun on 17/01/2017

DE LEO. D’Arne (Dee). First Constable 40129 A valued member of Victoria Police who will be sadly missed. Our sincere condolences to her partner, family, friends and colleagues. The NWM HQ.
Obituaries
Published in Herald Sun on 17/01/2017

De LEO. D’Arne. The President, Executive and Members of The Police Association mourn the passing of First Constable De Leo and extend their deepest sympathy to her family. At Rest
Obituaries
Published in Herald Sun on 17/01/2017

De LEO. D’Arne (Dee). First Constable 40129 The Chief Commissioner, Officers and Employees of Victoria Police regret the passing of their Colleague and offer their deepest sympathy to her family.
Obituaries
Published in Herald Sun on 17/01/2017

DE LEO D’Arne (Dee) You were my best friend. I trusted and respected you and will be forever grateful for the support you gave me over the last four years. I miss you – but will never forget you Rest In Peace Craig, Riikka and Kai.
Obituaries
Published in Herald Sun on 17/01/2017

A mechanical investigation will be done on the truck that killed a Victorian police officer while she was on her way to work on her motor bike.

Samandeep Singh, 26, appeared in the Melbourne Magistrates’ Court on Friday charged with culpable driving over the death of the officer on Thursday morning.

Victoria Police identified D’Arne De Leo as the woman who died in the crash at an EastLink freeway on-ramp in Wantirna just before 9am.

She was hit and trapped under the truck, dying at the scene despite the efforts of emergency services.

Singh was also charged with driving a motor vehicle in a manner that was dangerous to the public, thereby allegedly causing Ms De Leo’s death.

His lawyer Chen Yang said a 10-week mechanical investigation needed to be done on Singh’s truck, and CCTV footage would be prepared formatted for the court.

Singh, who was dressed in hi-vis clothing, did not apply for bail and he was remanded in custody to reappear for a committal mention on May 4.

Former Benalla police officer First Constable D’Arne De Leo had only moved to Melbourne three months ago, before she was killed in a motorcycle crash.

The truck driver accused of causing her death after running a red light has been assessed as suicidal, a court has heard.

Police allege Ferntree Gully man Samandeep Singh, 26, drove through a red light at Boronia Road, Wantirna and crashed into the back of the woman’s motorcycle on Thursday morning, trapping her underneath his truck.

Singh has been charged with culpable driving causing death and dangerous driving.

He appeared in the Melbourne Magistrates Court on Friday.

Defence lawyer Chen Yang said a forensic medical officer diagnosed his client as having “suicidal ideation” after he was arrested.

It was Singh’s first time in custody.

Fairfax Media understands police have not yet interviewed Singh, who will be re-assessed by a psychiatrist or psychiatric nurse to determine whether he requires medication.

He did not apply for bail. Magistrate Andrew McKenna remanded him to appear in court on May 4.

First Constable De Leo worked at Benalla for two-and-a-half years before a transfer to Fitzroy three months ago. She was aged in her 40s and lived in the eastern suburbs.

Benalla Acting Inspector Ash Mason said First Constable De Leo was a well-respected and valued general-duties member who was only at the beginning of her career. “She had a huge career ahead of her and it’s a huge loss,” he said.

“She just wanted to get in, do her job and do it really well.”

Police Association assistant secretary Bruce McKenzie said the union was thinking of her family and the officers who had to attend the crash.

“One of our members has tragically lost her life simply by travelling to work,” he said.

“We have the greatest sympathy for her family at this time.

“We also feel for her police family and for her colleagues who attended (Thursday) morning’s tragic scene. She had only been in the force for a relatively short time.”

If you are troubled by this report or experiencing a personal crisis you can call Lifeline 131 114 or beyondblue 1300 224 636 or visit lifeline.org.au or beyondblue.org.au

Last Thursday our member, First Constable D’Arne De Leo, was tragically killed in a crash while riding her motorcycle on her way to work.

Our thoughts and greatest sympathies are with her family, friends and colleagues – please know that we will always be here to support you.

If you wish to do so, please feel free to leave a message of support for First Constable D’Arne De Leo’s loved ones, in the comments below.