Buried at:   Buried at the cemetery 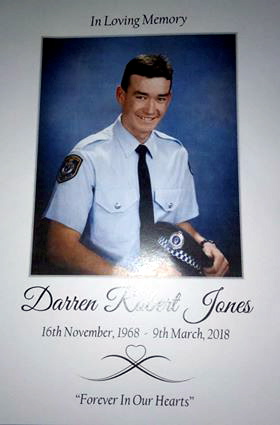 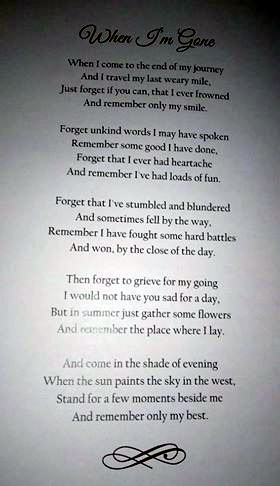 Sergeant Darren Jones is a serving member of the NSW Police Force based at Parramatta Local Area Command.

Darren was diagnosed with Stage 3 Bowel Cancer in June 2015 which he successfully treated with Chemotherapy. He was in remission in August of 2016 when Doctors found metastasised cells in Darren’s abdomen. He underwent further Chemotherapy and all was looking good until mid-February 2017, when he received a Stage 4 Liver Cancer diagnosis.

Darren and Trish, also a serving member of the NSW Police Force have twin 11-year olds, a boy and a girl, Ty and Charli. Ever since Darren and Trish had their children, they have dreamt of being able to take their family on a holiday to Disneyland. A goal that now seems more pressing to create special memories for the children, and to give the family some precious time away together.

With the assistance of NSW Police Legacy, Darren’s mates and colleagues are fundraising to support Darren with his medical expenses, and to give the family their dream holiday.