Buried at:  Cremated.  Ashes were scattered at Hope Banks in Moreton Bay, Qld.

Memorials:  Waterford West State School unveiled a plaque dedicated to his memory in their garden of conciliation and reflection.

Senior Constable David Andrew Shean
On 5 April 2001, Senior Constable Dave Shean’s life was tragically cut short when he was killed in a traffic accident while responding to a crime in progress.
It came as no surprise to those who knew Senior Constable Shean to discover he was among the first to respond to a call for assistance. This is a mark of his character and of the professionalism he consistently displayed in serving the people of Queensland.
Senior Constable’s Shean’s service commenced in 1977. He performed duty in both the Darling Downs area and Brisbane before realising an ambition to serve in the Brisbane Traffic Branch. His versatility and knowledge was exemplified in the various roles he performed while serving in the South Brisbane District Training Office, the Brisbane Traffic Camera Office and the Metropolitan South Regional Traffic Adjudication Office.
His commitment to the community was further showcased by his active involvement with Radio Lollipop and with many police displays at the RNA and Brisbane Motor Shows. His contribution since 1988 to the Adopt-a-Cop program was highlighted earlier this year when the Waterford West State School unveiled a plaque dedicated to his memory in their garden of conciliation and reflection.
The contribution of Senior Constable Shean to policing in Queensland is reflected in the words of Assistant Commissioner Freestone who said, “In representing the Service and the community he so faithfully served, David has made the ultimate sacrifice in the execution of his duty.”
The positive contribution to policing made by Senior Constable Shean stands as a testament to him. He too, will be sadly missed by his family, friends and colleagues and the community he so ably served.
[divider_dotted]
David was a “sparkie” ( electrician ) pre Queensland Police employment.
[divider_dotted]

In 1988 Senior Constable Shean volunteered for the ‘Adopt a Cop’ program with the Waterford West State School. Following his death the staff and students of the School unveiled a plaque dedicated to his memory in their garden of conciliation and reflection.

On the 5 April 2001, while a member of the South Brisbane Traffic Branch, Senior Constable Shean responding on urgent duty to a crime in progress was killed when his police motorcycle collided with a truck at Eight Mile Plains in Brisbane. 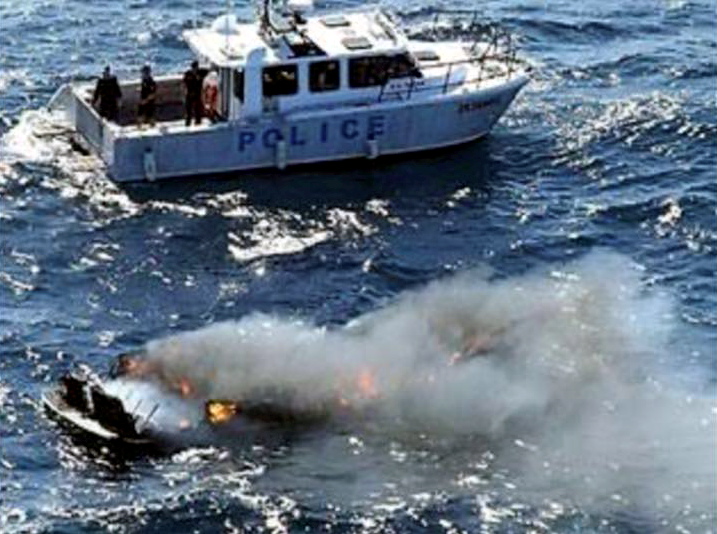 Ashie Dave We at the Gold Coast Water Police are proud to have the Water Police Vessel named in his Honour. The Police Vessel D A Shean is our rescue vessel and has saved many lives. In Memory of Dave. I’m proud to say I have been its Master on many rescues.