Commissioners Commendation for the Emergency Response Management of Thredbo Landslide in July 1997. Award received in 2000

Event date:  Sunday  28 April 2019 during the morning – surrounded by family

there will be NO formal Police involvement at the funeral although family and friends are invited to attend. 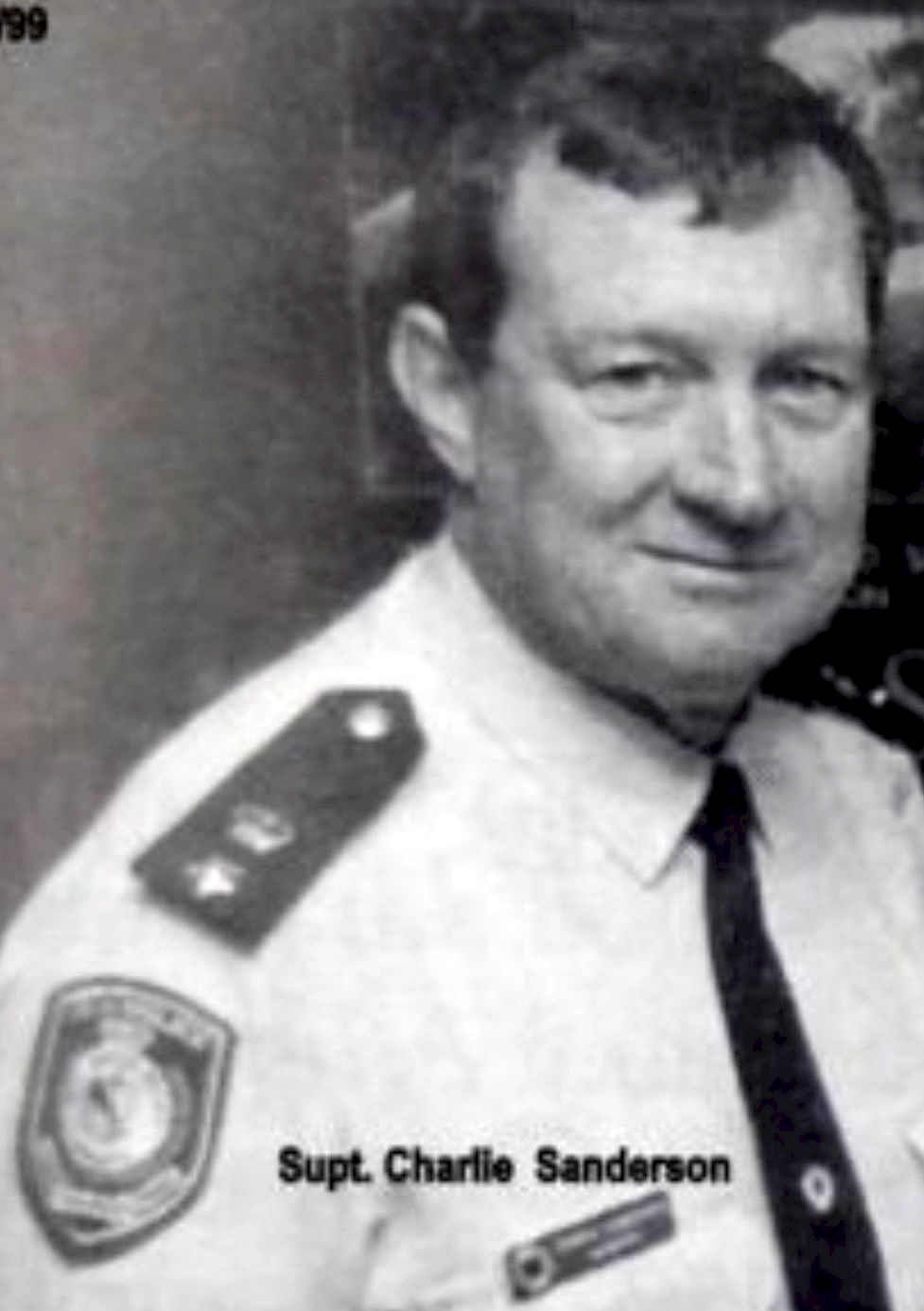 Charlie was a former school teacher & quite academically gifted together with being an all round nice guy.
He was also the Forward Commander at the Thredbo Landslide and the ‘face of’ the Police during that event and a legend as the Commander.
We give our deepest condolences to Sue and his 7 kids.

Passed away peacefully the morning of Sunday, 28 April surrounded by his family.

Charlie will be remembered as a loving father, a dedicated Police Officer and a great mate to all who knew him.

The funeral service for Charlie will be held at St Raphael’s Catholic Church, Lowe Street, Queanbeyan on Thursday 2 May 2019, commencing at 1:30 pm.

May 4, 2019
Dear Sue and family, we were both saddened and shocked to read of Charlie’s passing in our church bulletin at Mass tonight. We have fond memories of family connections in Queanbeyan and beyond. Charlie will be remembered as a true gentleman, wonderful family man and exemplary policeman. I hope we can make contact in the near future. You are in our thoughts and prayers and we send you our love.
The de Jongh family.
Pauline de Jongh, Queanbeyan, New South Wales
May 2, 2019
To Sue and family. I arrived in Canberra yesterday 1 May, as part of the Salvation Army Australia Red Shield Ride from Sydney to Melbourne. I hoped to catch up with Charlie while here, so to find he has just passed away is terrible news. We leave to ride south to Cooma today so will not be able to attend his funeral and pay my respects to the family.
I valued the friendship of Charlie and Sue during our time on Mornington Island and since, and still remember how easily he made friends during our time together on the Great Vic Bike Ride.
Rest in peace Charlie. You left a wonderful legacy in your family and your industry and we are the better for knowing you.
From Robert Cooper and Sharon Donald.
Robert Cooper, Darwin, Northern Territory
May 1, 2019 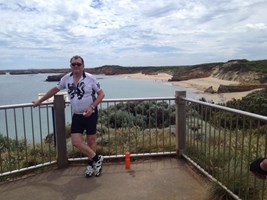 Robert Cooper
May 1, 2019
You were a bloody good bloke Charlie.

Rescuers eased aside dirt and rubble Saturday to reach a man found alive nearly 2 1/2 days after 20 people were buried by a landslide.

“A miracle has occurred,” New South Wales police inspector Charlie Sanderson said after Stuart Diver was heard by rescuers about 54 hours after the landslide swept over a ski resort. The discovery raised hope that others may have survived. The confirmed toll so far is one survivor, three bodies located and 16 people still missing. Hours earlier, police had warned relatives that there was no hope of finding anyone alive.

Diver was conscious during the ordeal but had little feeling in his body, police said.

Officials said Diver, a ski instructor, was in peak physical condition, which would have aided his survival as temperatures plunged to 16 degrees over the past three nights.

Despite the threat of another landslide, rescue crews – at times using their hands to avoid sending rubble into the excavated area – worked their way through debris to within three feet of Diver.

An oxygen cylinder and mask and what appeared to be a foil space blanket were passed to workers trying to reach Diver. A medical helicopter was waiting nearby to take him to a hospital.

Sanderson said police were very confident of getting him out some time Saturday.

The threat of another avalanche prompted the area to be evacuated temporarily Saturday.

“In this case two ambulance people stayed in the tunnel at great peril to themselves in proximity to where this person is,” Sanderson said.

https://www.deseretnews.com/article/575684/Survivor-found-in-resort-rubble.html
We talked about community service and community policing. I told him of the success of Sgt Neville Plush in Nimbin and how much love and support he gets and how different that was to the corrupt crew who occupied the Nimbin Police Station before Inspector Charlie Sanderson took over as Lismore Area Commander. “Community is the eyes and ears of policing,” said Callum. Later Callum came by again because he was interested in the progress of the cardboard jail.
http://www.peacebus.com/freedomride/lithgow.html
Liverpool Police History
Liverpool ( NSW ) Police Time Line ( 1788 – 2016 )
June 1973:  Police Serving in the Citizens Military Forces (C.M.F.)
March/April, 1973, the 1/19th Battalion, Royal NSW Regiment, CMF, completed the last of its 3 day camps, which had been designed for the training of National Service personnel, and the first camp in which the Unit was entirely composed of volunteers.
The unit was often referred to as the ‘1/19 th Police Battalion ’, due to the number of Police who served in the Unit.
Members of the NSW Police Force in camp were :-
Captain R. R. Lidden, a Senior Constable at Scarborough Police Station; Lieutenant D. C. Sanderson, a Constable at Liverpool Police Station; Warrant Officer Class II K. W. Jones, a Constable 1/c at Bega Police Station; Sergeant P. Delamont, a Constable at the S.T.P North Sydney ; Corporal R. N. Deards, a Constable 1/c at Lake Cargelligo Police Station; Corporal J. Gibbs, a Constable at the S.T.P. North Sydney; and Private P.E. Graham, a Constable 1/c at Orange Police Station.

Interesting story about a defining moment in Emergency Rescue in Australia, the Thredbo Landslide. I was transferred to Monaro LAC a couple of months after it happened as the A/Crime Manager (I still wonder about that title, but Crime Coordinator sounds even worse

🙂 ). The Commander, Supt Charlie Sanderson was still working on the Coroners Brief. It was one of the most amazing documents I have ever read in policing. Charlie was a great detective.

Training for a nightmare: How first responders prepare for the worst

As rescuers scanned for life in sub-zero temperatures after the Thredbo landslide, the dangerously unstable site and freezing conditions stalled search efforts and caused equipment to seize.

One of Australia’s most popular holiday spots became the site of one of our greatest tragedies when 18 people died in the landslide in 1997.

It marked a turning point in the way authorities responded to natural disasters in Australia.

“We’ve gone really from a system that was ad hoc and everyone was doing the best they can to a system that’s well-maintained and regulated,” Fire & Rescue New South Wales Chief Superintendent Paul Bailey said.

In 1997, Fire & Rescue NSW had about 30 urban search and rescue trained staff — now the figure is almost 10 times that.

Training and technology have both vastly improved in the past 20 years.

Australia now has two internationally accredited urban search and rescue teams, meaning they can deploy anywhere in the world at a moment’s notice.

Six hours to get in the air

The NSW team is one of two in Australia to hold classifications with United Nations International Search and Rescue Advisory Group.

“When we’re told there’s an incident we need to be up and out of the here in six hours,” Chief Superintendent Bailey said.

“So that means getting a team of 72 people, all our equipment, which is over 36 tonnes of equipment, all together onto a cargo plane and anywhere in the world within six hours.”

They’ve been tested too. Firefighters say in 2011, Australian crews got to the Christchurch earthquake before some teams from Auckland.

The NSW team was deployed to the Japan earthquake and tsunami and also Tropical Cyclone Pam in Vanuatu in 2015.

To remain permanently prepared, the search and rescue teams train in gruelling and realistic scenarios.

“What we do is simulate a pancake collapse — so that’s when building floors topple on top of one another,” Fire & Rescue’s Manager of Specialised Operations Darryl Dunbar said.

“Then our crews have to make entry through those floors to gain an entry underground to access that tunnel network.”

Once teams arrive on the scene, they use an array of gadgets to search for life — including vibration sensors that can detect the slightest bit of scraping or tapping on metal or concrete.

“[Vibrations] can actually travel more than 50 metres through a structure depending on how a building has collapsed,” station officer Daniel O’Dea said.

“These crews, that’s their job to identify that sound, work out what it is exactly if it’s in fact a distress call from someone.”

“We’ve got cameras that can snake down into a void, a tiny gap that was a wide as your finger and go down through that gap to manoeuvre that to locate any signs of life.”

When the ABC visited the Ingleburn training facility, search and rescue teams were running a refresher course for firefighters.

The idea is to get as many firefighters as possible around the state trained because they are likely to be the first responders.

It begins with the basics — cutting through tonnes of concrete and then using timber as a lever to create access.

One of the firefighters on the training course was Scott Featherstone, son of Paul, the paramedic who helped Stuart Diver for 12 hours until he was freed from the concrete after the Thredbo landslide.

He said his dad’s efforts in part inspired him to become a firefighter.

“I always wanted to do something where I could [help people],” he said.

I used to teach at Junee High School with Charlie, before he left to join the police force. Lost touch, and now hear of his passing. I’m so sad. Sympathies to Sue and all the family. A man to be proud of.