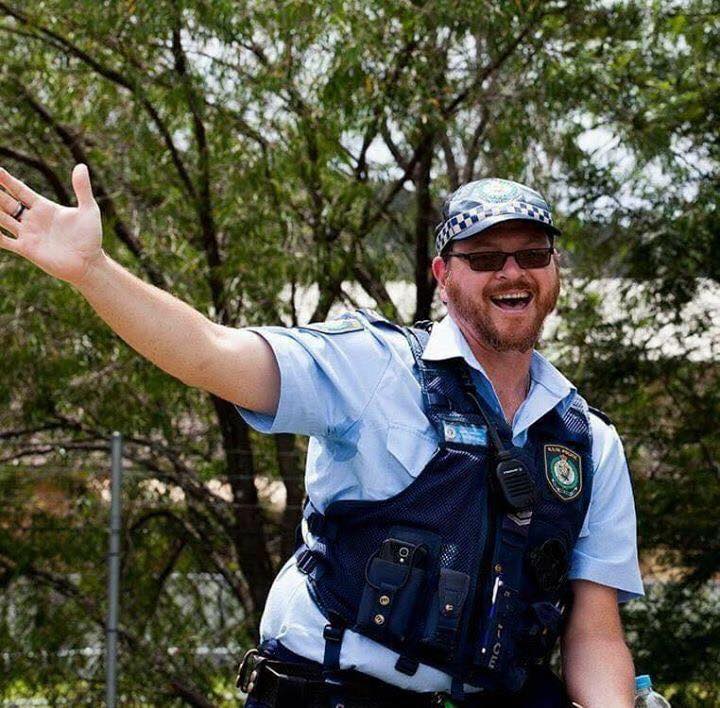 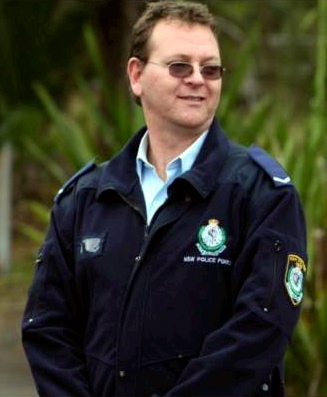 Dave has lost his battle with Bowel Cancer and passed away on Wednesday 7 August 2016.

We pass on our deepest condolences to Dave’s wife and three children.

May you forever Rest In Peace Dave.

The Funeral is at 2pm with the Service commencing at 2.30pm by Reverend Mark Watt, Police Chaplain, and the Service will be a full Police Funeral.

Thos wishing to march in the Marching Escort Party are to be at the Memorial Park at 1.30pm for rehearsal in full uniform.

The family have invited all, after the service, to Central Leagues Club, Bula St, Charlestown to celebrate Dave’s life and it was on of Dave’s last wishes that those attending the funeral ( not in uniform ) wear a Hawaiian Shirt and bright colours to ‘celebrate his life’ and not mourn it.

Passed away peacefully surrounded by His loving friends & family

A good friend to many.

At DAVE’S request, bright colours & Hawaiian shirts to be worn.

The Family & Friends of DAVE are warmly invited to attend a Celebration Of His Life to be held in The Chapel of Lake Macquarie Memorial Park, Cessnock Rd, Ryhope this TUESDAY 13th September, 2016 service commencing at 2pm.

In lieu of flowers & In Memory of DAVE donations to the ‘Starlight Foundation at JHH‘ may be made at the service.

WHEN Senior Constable Dave Mansfield was diagnosed with bowel cancer at the start of the year, he had many colleagues willing to literally jump to his aid.

As a fundraiser for the father of three, officers from Tuggerah Lakes police are preparing to set a new Guinness Book of World Records mark for continuous jumping on a jumping castle .

The record stands at 37 hours and 14 seconds, and the group is determined to blow that time out of the water at Mingara Recreation Club, Tumbi Umbi, on May 29-31.

Such was the interest in assisting the Mansfield family, organiser Senior Constable Jay Stewart had to knock back some prospective jumpers as only eight are required.

While there is no strict training schedule planned, Sen-Constable Stewart said they had a plan of attack for their record attempt.

“We’re going to try half an hour stints,” he said.

“We were going to try an hour at a time but I don’t know if you could do it for that long.”

The group have set up a Facebook page and are seeking support from businesses in the lead-up to the event.

Sen-Constable Mansfield was speechless when his colleagues told him of their plans, although he confessed to having a laugh when he was told about the jumping castle.

“I thought it was hilarious to begin with,” he said.

“But I’ve been speechless at how much support has been generated.”

Hunter Valley Amusement Hire has donated the use of a jumping castle.

Eight officers from Tuggerah Lakes Police will begin a world record attempt for the longest marathon bouncing on a jumping castle at Mingara Recreation Club on Friday, May 29.

The attempt is to raise funds for their Tuggerah Local Area Command colleague, senior constable Dave Mansfield, who was diagnosed with bowel cancer at the start of the year.

SC Mansfield is a married man and a father of a young family, so, according to the Police Association of NSW, his “police family” is banding together to raise funds to assist the Mansfield family.

The current marathon on a jumping castle world record stands at 37 hours and 14 seconds.

“We believe we can blow that record out of the water by jumping well into Sunday,” said Ms Alison McLaughlin, spokesperson for the Police Association.

A family fun day will be held on Saturday, May 30 as part of the world record attempt including raffles, barbecue, NSW Police Dog Unit, POLAIR landing and “Dunk a Cop”.

Finally tonight, a group of Central Coast police officers has set a new world record for the longest team marathon on a jumping castle, by bouncing for 43 hours and 25 minutes.

They smashed the previous mark by more than six hours.

It was all about raising money to support fellow Tuggerah Lakes officer, David Mansfield, who was diagnosed with bowel cancer in February.

“I… I truly am speechless. How do you thank so many people? I guess you keep fighting. This is the most humbling experience I think you could ever have.”

The longest marathon on a bouncy castle by a team is 43 hr 25 min 1 sec and was achieved by Tuggerah Lakes Police (Australia) in Tumbi Umbi, New South Wales, Australia, on 29-31 May 2015.

A quick-thinking driver and two alert off-duty police officers saved 32 foreign tourists from the smoke, flames and explosions of a burning tour bus in Sydney.

The group were travelling on the Gore Hill freeway at Artarmon about 6.30pm yesterday when the driver noticed an engine fire, prompting him to stop in a breakdown lane and quickly start evacuating his passengers.

Two off-duty police officers, Constable David Mansfield and Senior Constable Bryon Williams, happened to be travelling in a car nearby and decided to follow the bus after noticing smoke coming from its rear.

“As the bus pulled over we got out of the car,” Senior Constable Williams told reporters yesterday.

“The back of the bus was engulfed in flames and smoke.”

By the time the officers got to the front of the bus, passengers were scrambling to get off.

“Obviously there was a lot of chaos,” Senior Constable Williams said.

“Within minutes the whole bus was alight.

“There were numerous explosions … the windows on either side were blowing out with the heat.

“I thought, if we don’t get these people off there’s going to be a big fatality.”

None of the passengers were injured. The officers and the bus driver suffered smoke inhalation.

All that remains of the bus is a burnt shell.

The freeway at Artarmon was closed between Willoughby Road and Reserve Road for nearly an hour while firefighters fought the blaze, causing traffic problems.

Two off-duty police officers who had just seconds to save passengers from a burning bus on Sydney’s North Shore last night say they feared the bus would explode.

Senior Constable Bryon Williams and Constable David Mansfield were travelling behind the bus when it caught on fire while carrying 32 tourists on the Gore Hill Freeway in Artarmon about 6:00pm.

The driver pulled over and the officers only had seconds to get the passengers off before flames engulfed the bus.

“It was out of control. Within a minute, the whole bus was nearly alight. The windows on either side of the bus were blowing out with the heat and the amount of fire and that coming from the bus,” he said.

“It was close… I actually thought this thing’s going to blow up and if we don’t get these people off, there’s going to be a big fatality.

“It was very scary from my point of view, from the point of view of the people on the bus and the poor bus driver himself.”

The fire started in the engine bay of the bus.

The southbound lanes of the freeway were closed for more than an hour, causing traffic problems.