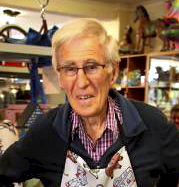 NO FURTHER SEATS AVAILABLE AT FUNERAL.

Condolences to his daughter, Katherine.

Patricia (Patsy) Browne, 91, couldn’t believe her eyes when daughter Yvette Graf took her on a surprise visit to the Sutherland Shire Toy Restoration Centre at Jannali. 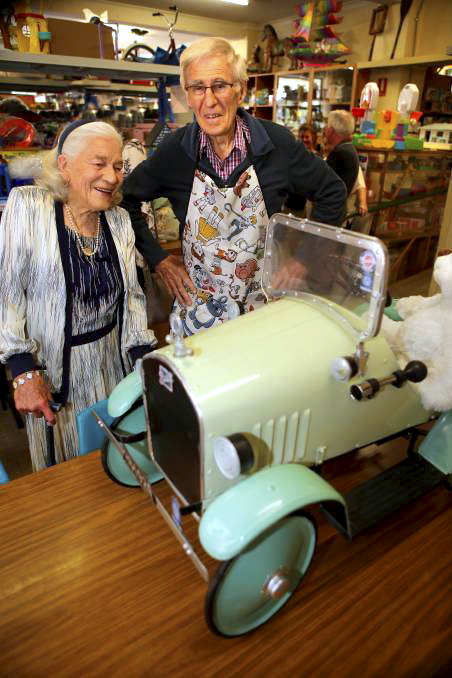 Waiting to be picked up was the toy pedal car Mrs Browne adored as a child, beautifully restored to its original condition by volunteer Dennis Neate, a retired policeman and former panel beater.

The pedal car, which was made in 1929 – the same year Mrs Browne was born – was a present from her grandfather Herbert Cato, who was a car dealer, mechanic and served petrol at Cato’s Garage in Clare, South Australia.

The car was painted light green, the same as Mr Cato’s Buick.

Mrs Browne, of Caringbah South, has very strong memories of pedalling her little car around the large garage and parking it next to her grandfather’s vehicles within white lines, which he had painted on the concrete floor specially for her.

“I used to be able to go backwards easily when parking it,” she recalled.

“I used to check the readings as I knew one should. There were transfers on the dashboard for fuel level, battery charge and speedo.”

Mrs Browne said the pedal car had been “almost around the world since then”.

“It’s been shared with everyone in the family and now it’s back with me.

“Yvette had it last and I noticed it was missing.

“I thought someone might be trying to fix it up, but had no idea of what she was organising.

“Then, one day she said to me, ‘I am going to take you out on Saturday and you have wear something that’s better than your gardening clothes.’

“It was a wonderful surprise and I am very grateful.”

Mrs Browne’s recollections of the car of her childhood were written down, along with her mother’s other memories, by Ms Graf and guided Mr Neate, who also did a lot of independent research.

“It had strong celluloid windscreen with a transfer on the corner, a fake light on one side and a magnificent horn with a trumpet and rubber squeeze tube,” the notes said.

“I think it had a new bumper bar and a pedal set up which included the two rods to the rear wheels.

“There was a mascot on front of the bonnet, some sort of cross, I think. It was a soft moss green with thin strip paint lines on the ventilators, at side of engine, and also along the bonnet body and the outer ridges of the mudguards and wheels.”

Sutherland Shire Toy Restoration Centre, which is operated by volunteers, reopened in June in an amended arrangement after the COVID-19 shutdown.

Takings have recovered to the extent that the centre recently gave $10,000 to charities assisting with food support because of Covid.

There have been many great artists and observers, from Da Vinci to Darwin, who have drawn nature from life by observing it in its natural habitat. Here we have a previously undiscovered collection of life drawings of NSW cops in their natural surroundings (you really need to read this in a voice that sounds like Sir David Attenborough). Many thanks to Kade May for loaning these excellent drawings by her father Senior Constable Dennis Neate. 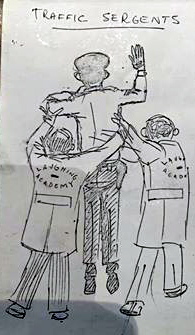 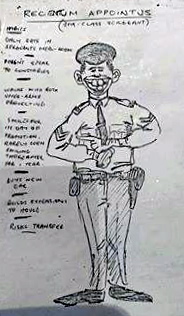 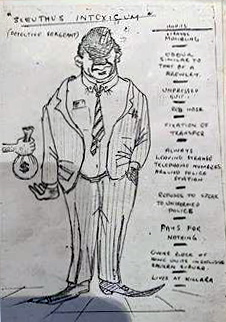 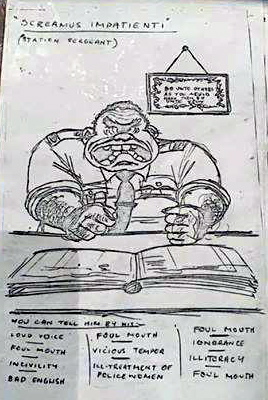 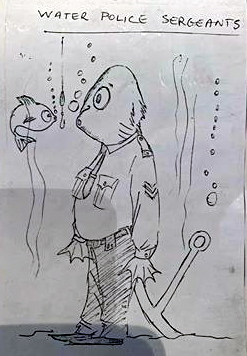 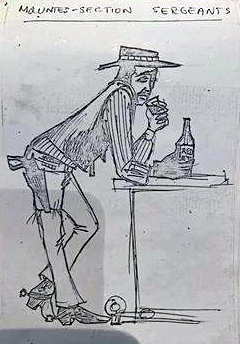 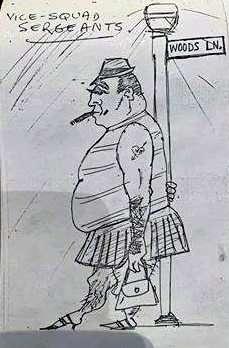 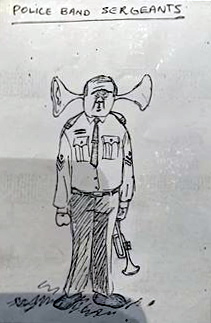 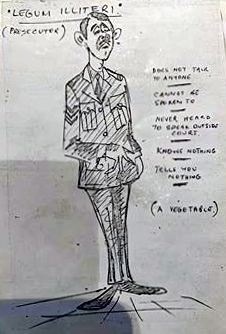 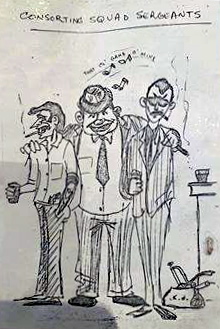 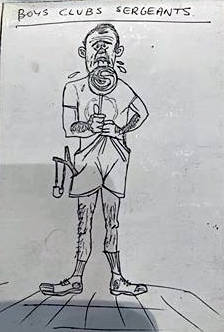 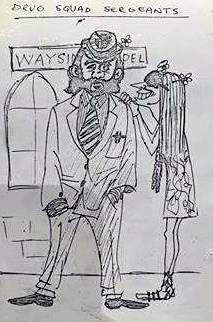 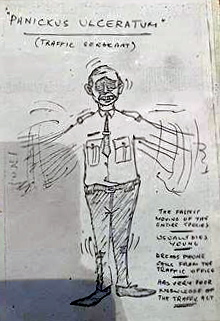