In lieu of flowers please consider donating to the medical helicopter
service at The Rose Chapel on the day or online at
https://westpacrescue.com.au/donations 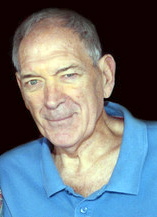 There will be no formal police involvement at the funeral service however the family do invite all friends and former colleagues to attend if they wish.

The thoughts and prayers of the New South Wales Police Force are extended to the Davidson family and friends at this sad time.

Des is remembered as a ‘big man with large hands’ and with a great sense of humour.