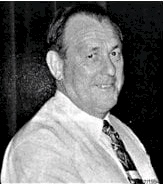 Commendation for Good Team work and tenacity during a high speed chase in the Liverpool area resulting in the arrest of an offender charged with robbery whilst armed in July 1969.

Cause:  Cancer of the throat

The family would appreciate if former Police, attending, wore their Medals as a mark of Respect.

Condolences to his wife, Joyce and daughter Robyn and family.

Family and Friends are invited to attend a Service for Fred on Tuesday 20th April at 11am Castlebrook Memorial Park, Rouse Hill.

Stephen Reeves
Thank you Rod Sheraton for passing on my message. As you know I have been chatting with Freds wife Joyce.
Fred won the Best and Fairest with the Bulls in the early years.
Sadly both of his sons Warwick and Perry passed away many years ago.
His daughter Robyn has been a rock in their family.
Fred joined the Cops as a Mounted Police Officer at the Redfern Academy before being transferred to GDs at 22 Division, settling in at Green Valley.
He was a keen fisherman and loved taking mates outside on his boat.
I remember in the 70s we went fishing down south. We saw a buoy and I pulled up a trap that felt like it was full of cement. I finally got it on board and it contained the biggest lobster known to man.
We made a deal that he would have Joyce cook it and we would share the bounty.
Not long after this we went to Fred’s for Robyns 21st birthday. I asked about the lobster he said he would go inside and get it.
I was looking forward to a good feed.
Well he came back with the bleached shell!! and said it was the best lobster he had ever eaten.
At least I had the chance to see its red shell.
Yes it was a great 21st with all the Valley boys present. We drank the place dry.
I think I played a game with Fred in 1972. Tough man.
Plenty of good times with Fred and the boys at the Valley when there were 7 of us stationed there just across from the Valley Pub..
God bless you mate.
RIP.
Wok.
PS If anyone had Roger Fords, Neil Foremans or Errol Montefiores details please let them know.