Cause:  Depression – Suicide – hanging – ON DUTY

GABBY is NOT mentioned on the Police Wall of Remembrance – Canberra

GABBY IS mentioned on the Police Wall of Remembrance – NSW Domain 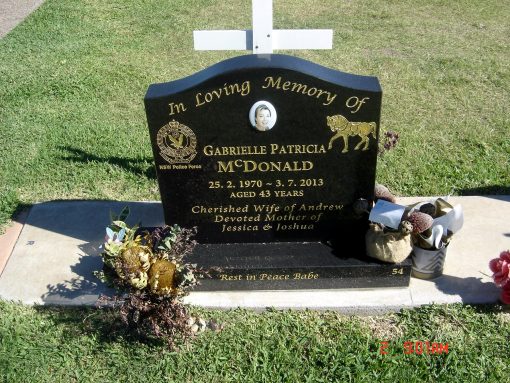 Her funeral is proposed to be held at 11am on Thursday 11th Instant at Our Lady of Victories Catholic Church, 262 Sandgate Road, SHORTLAND.

Dearly loved wife of ANDREW, loving mother of JESSICA and JOSH. Loved daughter and daughter-in-law of CARMEL and NORM (dec’d) EGGLESTON, FRAN and WARREN McDONALD.
Sister and sister-in-law of PETER and MAREE, MEL and JULIE, MARIA and MARK, ANDREW and AREEYA, ANGELA and MARK, SUE and STEVE, PATRICK and CAROLINE, NICOLE and NIGEL, GREG and loved aunty of their FAMILIES.

The Relatives and Friends of GABRIELLE are warmly invited to attend her Funeral to be held in Our Lady of Victories Catholic Church, Sandgate Rd, Shortland on THURSDAY 11/7/13 Funeral Liturgy commencing at 11am. An interment will follow at Sandgate Lawn Cemetery.

What would we give to hear your voice and see your face again.

In our hearts is your memory and there you will always be.

Published in The Newcastle Herald on July 3, 2015

The family of a policewoman who took her own life is suing the state of New South Wales for millions of dollars, for allegedly failing to protect her from harm.

She took her own life on July 3, 2013, the day after a police medical officer had declared her as fit for duty.

Her husband Andrew McDonald has filed three negligence claims against the state of NSW on behalf of himself and his two children, Jessica and Joshua.

His statement of claim, filed to the NSW District Court, said over the course of her career, McDonald attended numerous traumatic incidents, including domestic disputes, assaults, car accidents, suicides and murders.

She was particularly distressed by the drowning of a 17-year-old boy in 2009 and a double road fatality in 2010, but did not receive any counselling, debriefing or monitoring after the incidents, the statement of claim alleges.

In late 2010, she was promoted to Detective Sergeant in the Professional Standards Unit, Northern Region. But she struggled with the heavy workload, which included two stints relieving for her supervisor.

In 2012, McDonald attempted suicide in an office at the Newcastle police station, but police never investigated the incident.

“It’s investigation 101,” Mr McDonald, who was also a police officer, told the ABC.

“That’s what police do and it’s appalling that it was never done.” 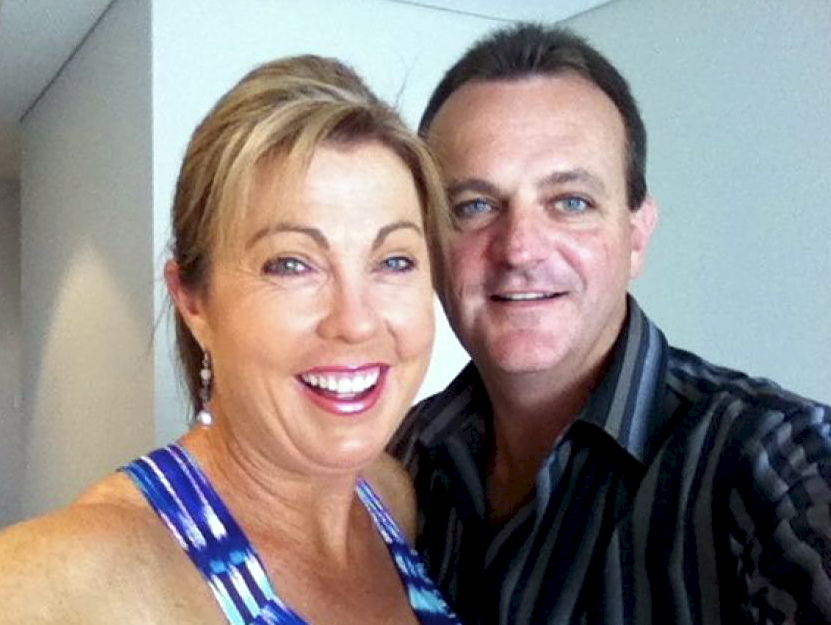 The day before McDonald took her own life, she was sent to see a police medical officer, Dr Naresh Verma.

Mr McDonald told the ABC, Dr Verma determined her previous suicide attempt was not genuine and he did not believe she had PTSD.

“All the staff thought well, OK, things must be on the improve, maybe Gabrielle is not sick at all, maybe she’s pulling the wool over our eyes and that was clearly wrong,” Mr McDonald said.

Dr Verma did not respond to repeated requests for comment. 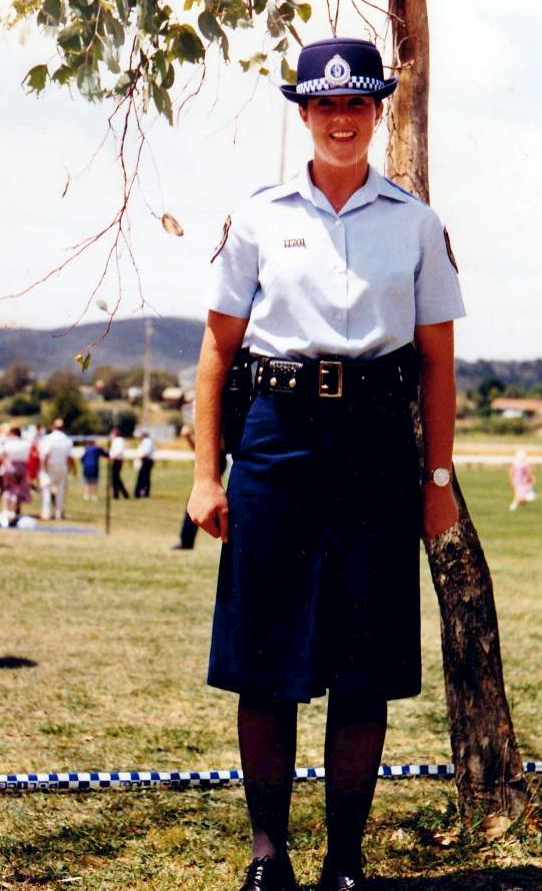 The police force determined that McDonald should be transferred to another police station the next day.

According to the statement of claim, she was summoned to a meeting without warning and without a support person to be told she was being moved.

McDonald left the meeting in a distressed state, drove to a state forest and took her life.

Mr McDonald said he had one last telephone conversation with his wife.

“She said I can’t go on any more. I’m not getting better. I’m such a burden. They keep kicking me down at work. All I’m trying to do is keep my hours up. You know, this is hopeless,” he said.

“And I said: ‘You can’t do this’. I pleaded with her and begged her not to.

“She said I love you and the kids. We talked about all the things we’d done together, but nothing I said would make sense to her, she was just that determined to do it”.

McDonald ‘did not receive proper monitoring’

Mr McDonald’s lawyers allege that the police service ought to have known the meeting would cause her distress and that she was at risk of self harm.

They allege the NSW police force was negligent because it failed to maintain a safe system of work to avoid injury to McDonald.

It had also allegedly failed to provide her with adequate training to perform her duties and to take precautions for her safety, “putting her in a position of peril”.

The service is also accused of failing to provide adequate training on how to recognise the symptoms of psychiatric injury.

“The deceased did not receive any or proper monitoring of her condition while she continued to work in a stressful environment,” the claim states.

The claim also alleges the police force had failed to devise a system for the flagging of police officers involved in numerous distressing or traumatic incidents.

As a result of its negligence, McDonald had suffered a major depressive disorder, chronic PTSD, alcohol abuse and death by suicide, it is alleged.

Mr McDonald said he now suffered from an adjustment disorder with depression and anxiety.

He was on track to become a superintendent, before he was medically retired.

He is claiming about $900,000 in future lost earnings, in addition to damages and interest. He is also seeking damages on behalf of his two children.

Damages are limited to $750,000 in the NSW District Court, but it does have the discretion to lift the cap.

In a statement to the ABC, the NSW police force said it could not comment specifically on the tragic circumstances which led to the death of a serving officer.

“NSW police continues to improve its practices and procedures, having made significant advances over many years to minimise the psychological impact of policing duties on our officers, who frequently undertake stressful and difficult work,” the statement said.

“As a major priority, NSW police encourages the reporting of these impacts and offers a range of services to support, guide and educate our staff.

“These support services are comprehensive and effective.

“It is well understood that every officer’s circumstances are unique and most often extremely complex with regard to the impacts of psychological injury.”

Scott Perrin   18 May 2020
Gabby was my partner Newtown D’s. She was rock solid, loyal and supportive. She spoke her mind and was honest in opinion and views.
Gabby was from the Eggleston family of the Hunter & loved horses and racing. She taught riding to kids with patience & care. Gabby also helped place horses with the Mounted Section NSW Police.
Along with Gabby & Deb Hayton, we had a tough feminine perspective to our office in the 90’s.
Sad to know when she was in need, Gabby felt alone.
Gabby was loved by many and will be missed by all!
Please follow and like us:

Unbelievably sad. Such a traggic loss. PTSD occurs when people care about others. My husband who suffers with PTSD was told by a doctor that it didn’t exist. He prescribed some medication and told him, “this will either kill you or fix you”. One of the side effects was suicide. Needless to say he didn’t take the medication and changed doctors. My heart goes out to this ladies husband and children and I wish them much success in their quest to claim recompense.

Dear Gabby, I recognised you recently as you were walking out of the psychiatrist’s office and I was walking in. Even though I had not seen you for over twenty years I immediately remembered you from Newtown. I never had much to do with you as you were in the detectives and I was in general duties. What I remember about you is how beautiful and professional you always looked. You also had a reputation as being a hard worker. It saddens me deeply that you have killed yourself. I received the ‘ NSW Police News’ journal today and read… Read more »