IF YOU CAN, PLEASE WEAR SOMETHING GREEN

& any Hibby’s out there, if you want to wear strips or scarves – please feel free to do so. 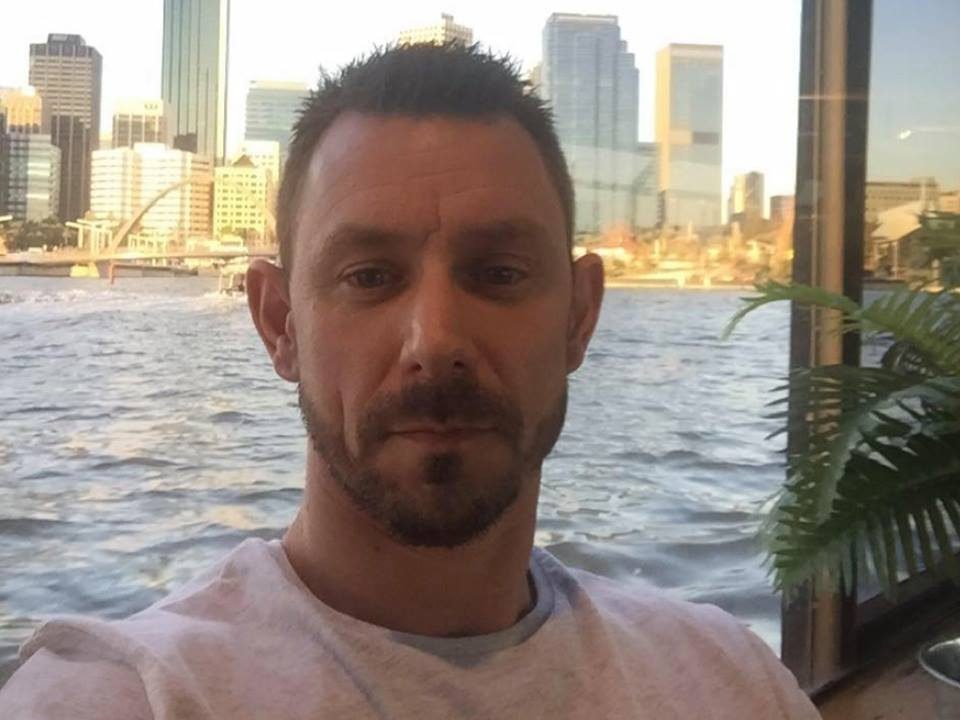 Its with heavy hearts that we advise of the passing of highly respected former WAPOL Senior Constable Garin Collins 11141, who sadly took his own life at Joondalup in Perth’s north earlier this week.

Our deepest and sincere condolences to Garin’s family, friends and to his life long blue brothers and sisters.

Lets not dwell on how he died, but rather how he lived…

Joondalup United is saddened to hear news of the passing of former midfielder Garin Collins earlier this week.

Edinburgh native Collins was an integral part of the JUFC team which won the 2014 State League Division Two title without losing a game. 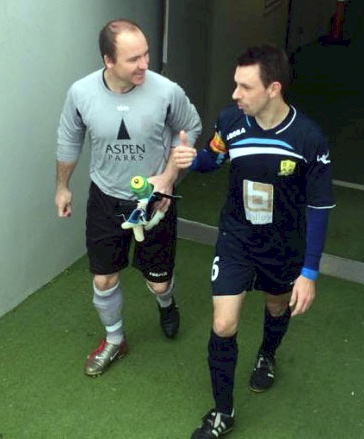 Dubbed ‘The Invincibles’ for their achievement, the talented side conquered the Division at the first attempt following their promotion from the Amateur League, and Collins was the Coach’s Player of the Year.

“Garin was different class the year we went unbeaten in State League Division Two and he easily won our Coach’s Player of the Year,” said JUFC NPL Operations Manager Rudy Proctor, who was part of the first team coaching staff at the time.

“His quality on the ball and will to win were on another level; when he crossed that white line all that mattered to him was winning and he dragged his team mates along with him.

“He would run through a brick wall for his team mates and coaching staff to get three points.”

As well as JUFC, Collins played for a number of Perth clubs, including Floreat Athena, ECU Joondalup, Quinns and Cockburn City, during an excellent career at State League level.

“We are all gutted at JUFC, and we especially gutted for his young children and his family in both Scotland and Australia,” said Proctor.

“Our thoughts are also with his best mate and current JUFC player Ross Edwards, I have no idea how those close to him must be feeling but we are all thinking of them and will do what we can to make things easier in any way possible.

“Rest in peace, Garin, you will forever be a JUFC Invincible.”

JUFC’s NPL first team will wear black armbands as a tribute to Collins for this Saturday’s game against Bayswater City, and everyone at the club offers their condolences to his family and friends. 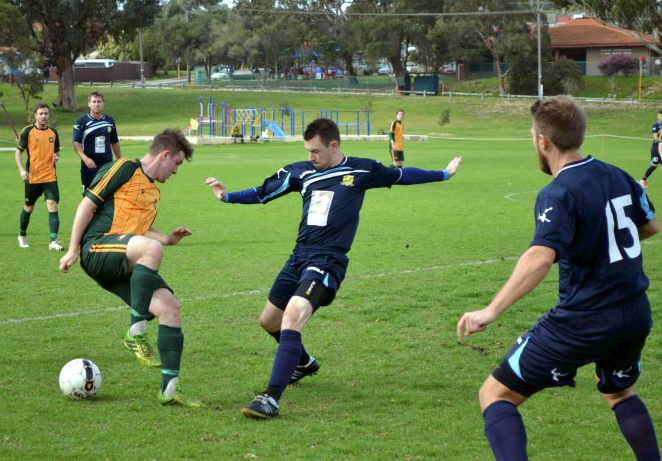 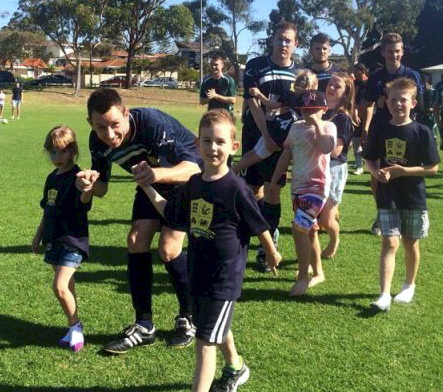 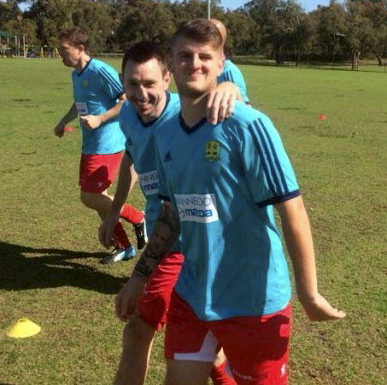 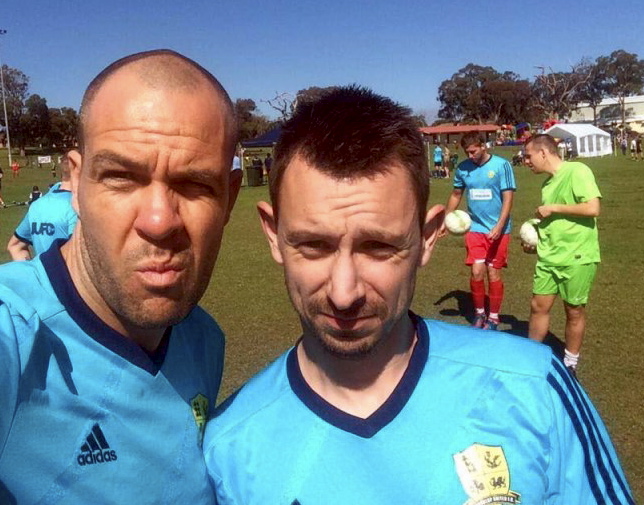 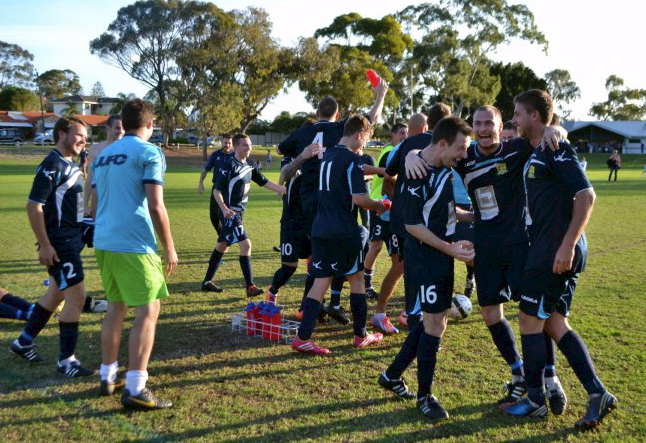 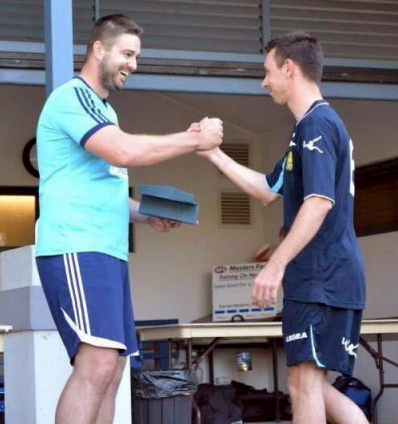 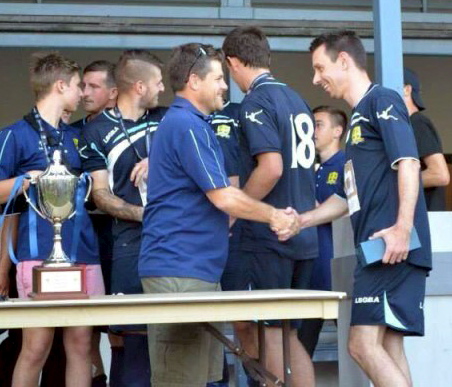 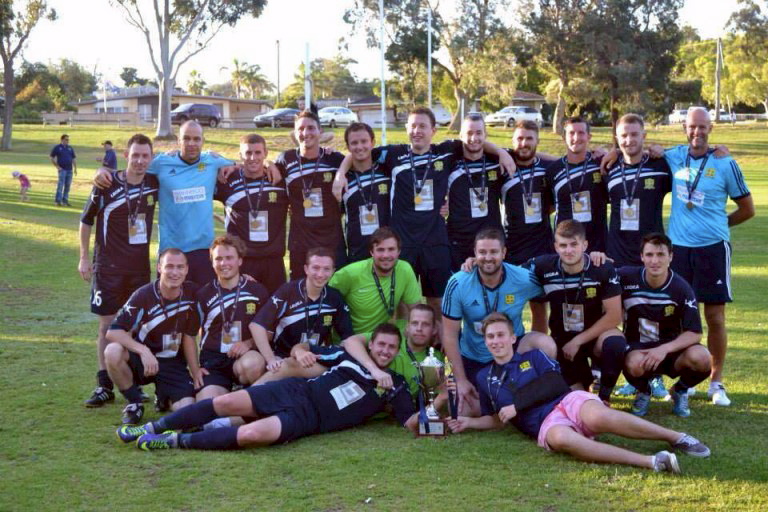 RIP GARIN COLLINS
West Australian football is in shock following the sudden death of the likeable Scot Garin Collins.
The left-sided frontman first played for Sorrento in 1994 and over the years turned out for such clubs as ECU Joondalup, Bassendean Caledonian, Floreat Athena, Mandurah City, Wanneroo City, Joondalup United, Canning City and Quinns winning many awards along the journey.
He was an integral part of ‘The Invincibles’ when Joondalup United clinched the 2014 State League D2 championship without defeat – after shifting from the amateur ranks the season prior. Proof of his impact came in the form of the Coach’s Player of the Year award.
“His quality on the ball and will to win were on another level,” said Rudy Proctor, Joodalup’s NPL Operations Manager.

A Hibbees fan from Edinburgh, Garin passed away earlier this week – he had turned 38 last month. 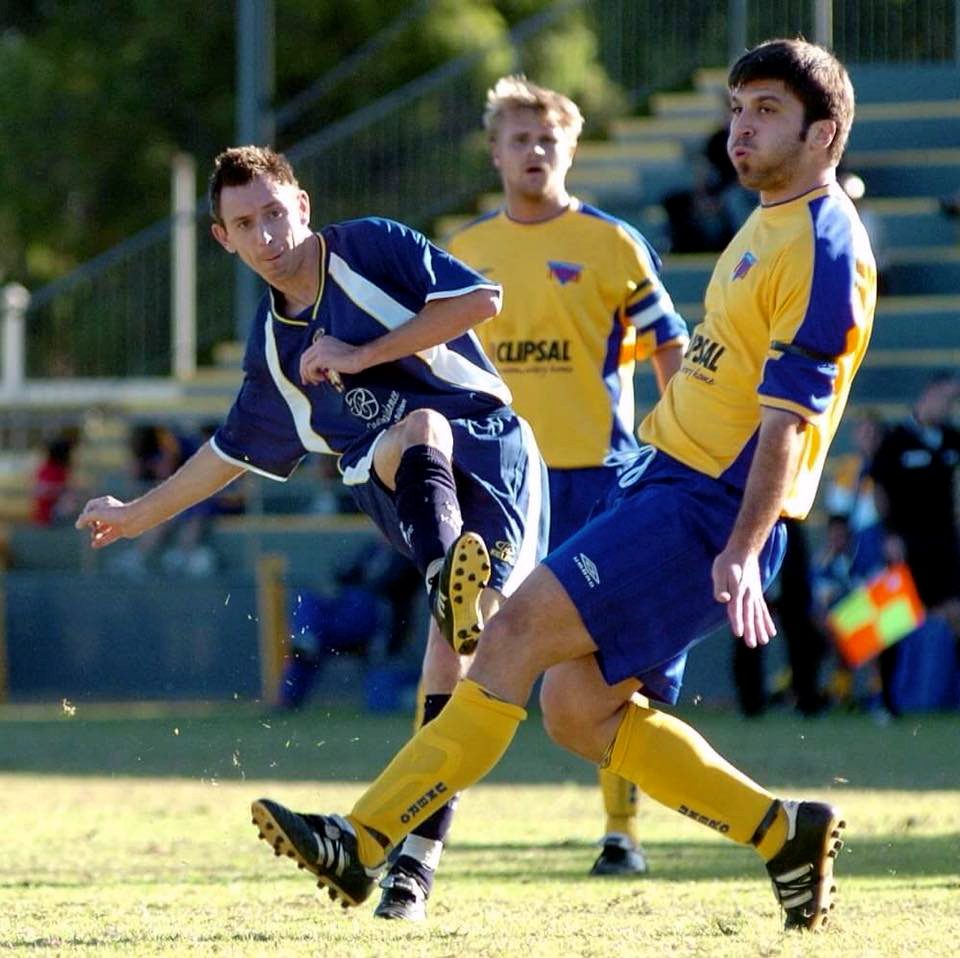 The University of Western Australia

‘Look out for the vest: we’ll do the rest’ could be the motto of the new contract security staff who are now patrolling the Crawley campus.

The University now employs security guards 24 hours a day, seven days a week. They wear blue vests with bands of red and white checks to ensure staff and students notice them and know they can ask them for help.

Garin Collins, a UWA staff duty officer and field supervisor, said there was a fine line between providing a presence and unnecessarily interrupting people as they work.

“But we want everybody to know we are here to help,” he said. “I think, at first, people weren’t approaching us because they thought we were parking inspectors!”

The contract staff constantly patrol the campus four at a time – in two pairs. They are part of a complete security upgrade being implemented by Bob Leaver.

Mr Leaver has been the Manager of Security for 18 months and is completing a new master plan for the University.

“It started with a lot of staff training, then we got the Wilsons Security contract guards on board,” he said. “We are in the process of creating improved response services and hoping to get an electric vehicle to make our night time escort service quicker and more efficient and enhance response capabilities to incidents and emergencies.”

The most visible change is that security guards are now also on duty during daylight hours.  There were only night shifts before the new regime.

“We’ll find that our incident statistics will increase,” Mr Leaver said. “But that doesn’t necessarily mean more crime on campus. It means we are detecting more incidents and dealing more efficiently with crime and problems.”

He said the guards recently made a citizen’s arrest of a man who was trying to break into a vending machine near the Maths building recently.

“The evening patrol noticed the locks had been tampered with and they assumed whoever had done that would come back. So we put on extra patrols the next day and the man came back with a drill to drill out the lock – and he was arrested.

“That could not have happened last year, without security staff working in daylight hours,” Mr Leaver said.

The contract staff provide the foot patrols; the UWA staff supervise and help them, and are available for emergencies.

Mr Collins said he thought students were slowly getting used to seeing the uniformed guards around the campus and even inside some areas such as libraries. “At first, it was like seeing police walking through your work area.  You ask: What’s happening?  Now they realise nothing’s happening, but I hope they are feeling safe.”

Mr Leaver said the new guards were high quality employees who had a focus on customer service, had good education and experience, and were able to deal with any incidents.

He said he anticipated that the new security plan would eventually include improved closed circuit television cameras, ‘Help’ points and lighting to make the campus even safer.