*The Govt. site – It’s An Honour has Garry receiving the National Medal twice.  It would appear that the issue of the 2nd Clasp to the National Medal is not recorded correctly on their website and an email has been forwarded to them. 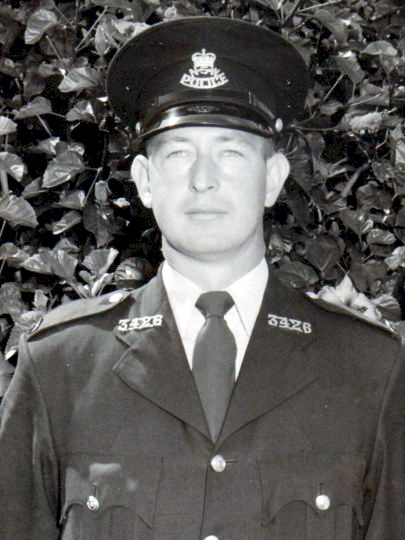 Past personnel put on their badges for this morning’s tour where they viewed the cutting edge resources available to today’s officers.

Garry Clancy, a former Coffs Harbour Police Senior Sergeant, was one of many past personnel who during the tour described the station as “an eye opener.”

“The technological changes in the past few decades have been enormous,” Mr Clancy said.

“Crime has advanced and technology has had to keep up with that.”

Mr Clancy joined the police force in 1960 and served for 30 years in stations including Sydney, Albury and Narrabri.

In 1983 he joined the Coffs Harbour Police Station under the rank of senior sergeant.

“We only had around 40-50 officers here at the time – it was very different from today, that’s for sure,” Mr Clancy said.

As well as changes in staffing levels, differences also include the equipment available for forensic investigations.

“We had the “scientific man” and the “fingerprint man” – that was it,” Mr Clancy said.

He recalled highway patrol methods before the days of speeding cameras.

“We would follow a car, check their speed in the odometer and if they were above the limit we would stop them and give them a ticket.”

A similar “eye patrol” method was applied to drink driving before the introduction of breath tests.

The tour was facilitated by officers at the station and included a look at vehicles and forensic equipment.