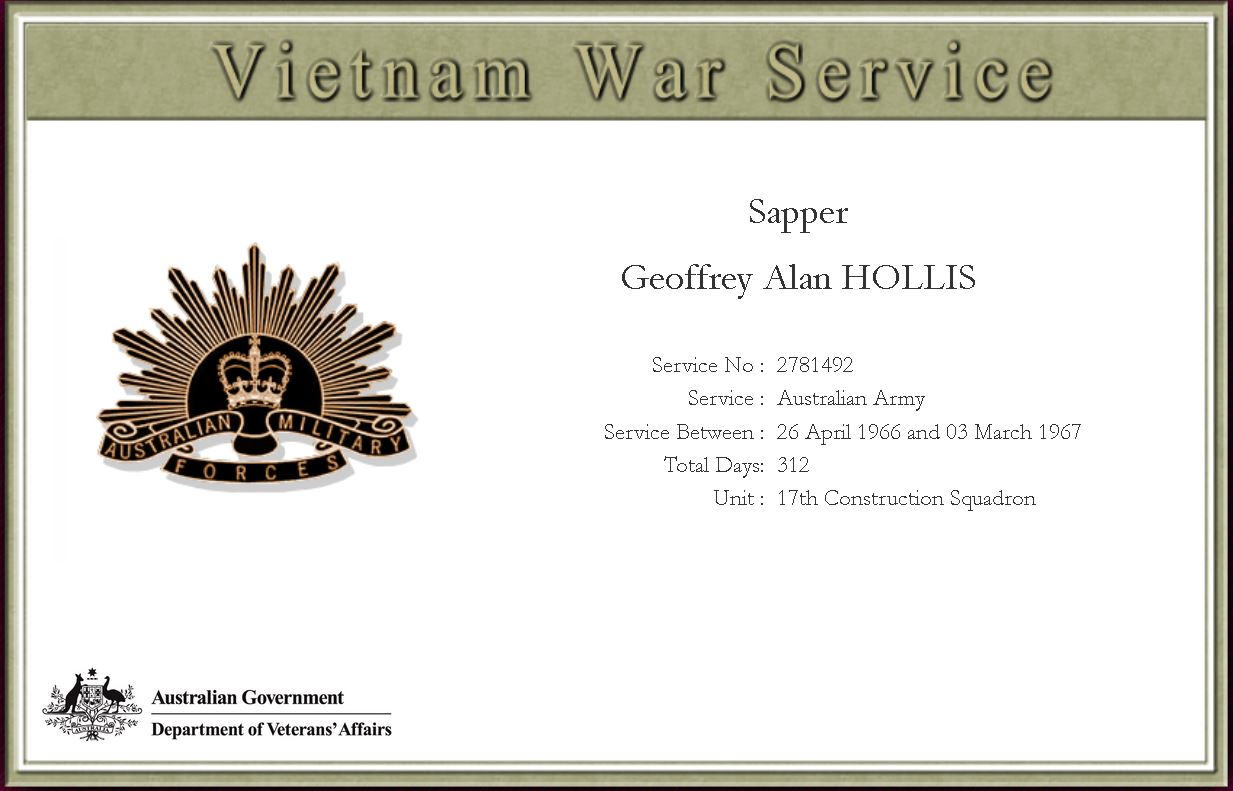 SYDNEY: Homicide detectives said last night they were satisfied there were no suspicious circumstances surrounding the deaths of two 14-year-old boys found at the bottom of a hollow bridge pilon near Picton, south-west of Sydney.

Detective Sergeant Geoff Hollis said homicide would hand over investigations for the coroner to Camden police after post mortem examinations today found the boys’ injuries were consistent with a fall.

The bodies of Jamie Egner and Matthew Kelly, both of Pheasant’s Nest near Picton, were found on Wednesday morning by a Department of Main Roads employee.

Geoffs funeral will take place at 10am Friday 28 September 2018. A Requiem Mass will be celebrated in Our Lady of the Way Chapel, 3 Marian Grove, 3 Marian Place, Toormina. One of the good guys, a good police officer.
Rest in Peace Geoff.
Peter C