May have been working with the Transit Police after Retirement

Event date:  Wednesday  19 April 2017 about 3am surrounded by family 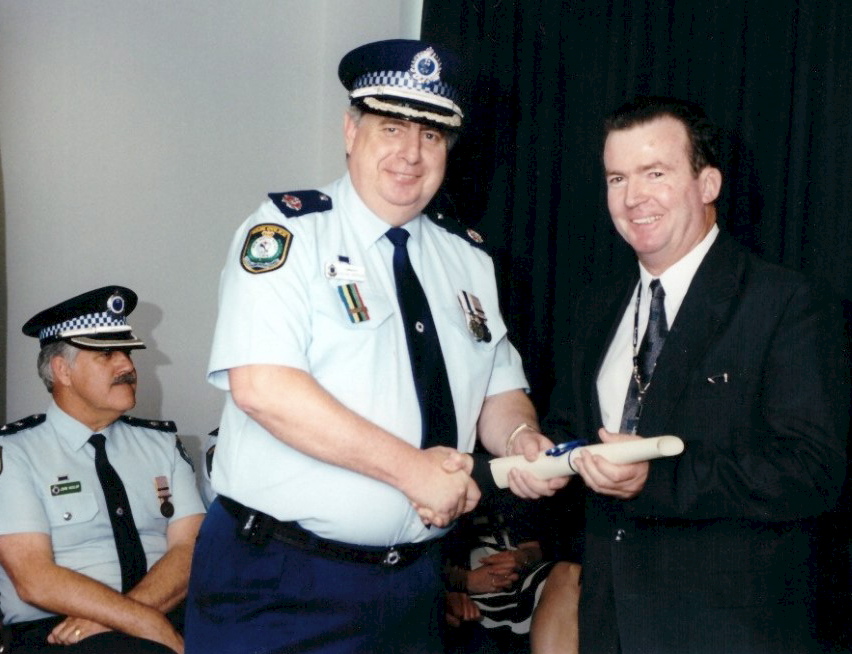 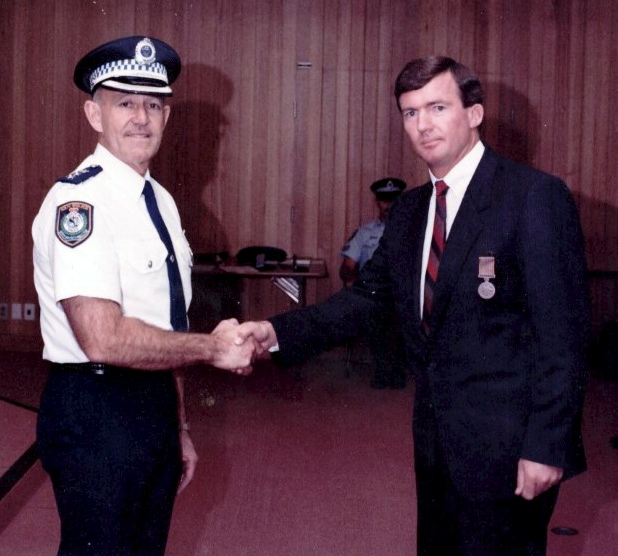 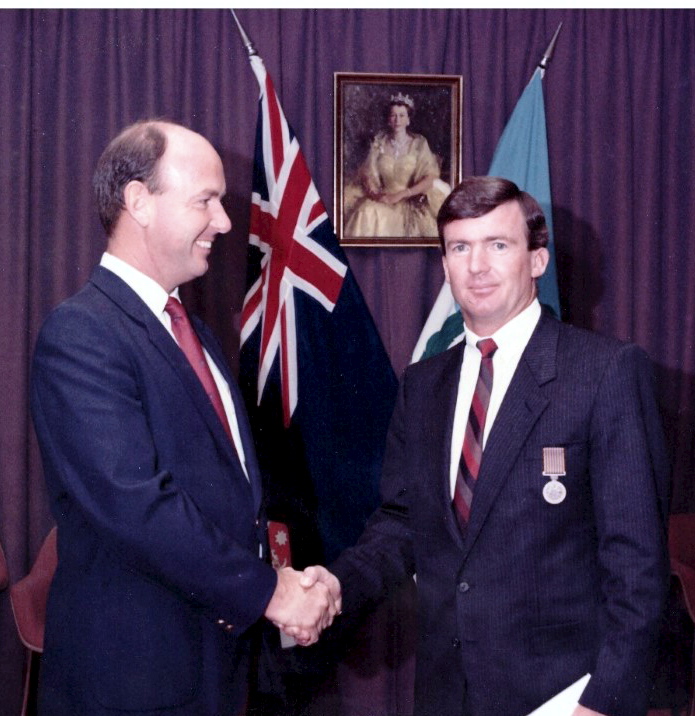 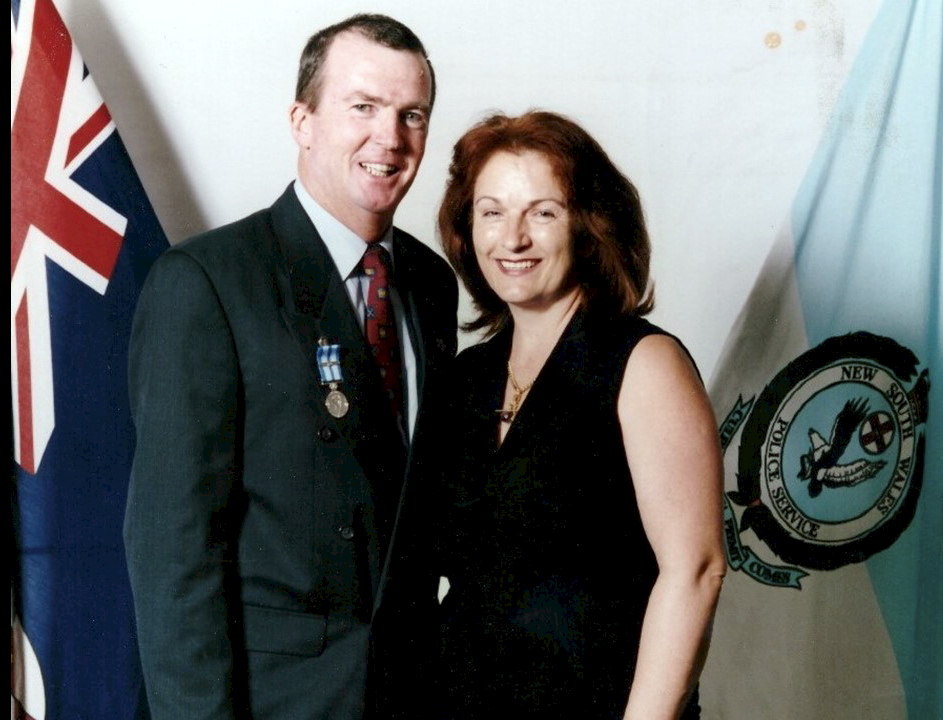 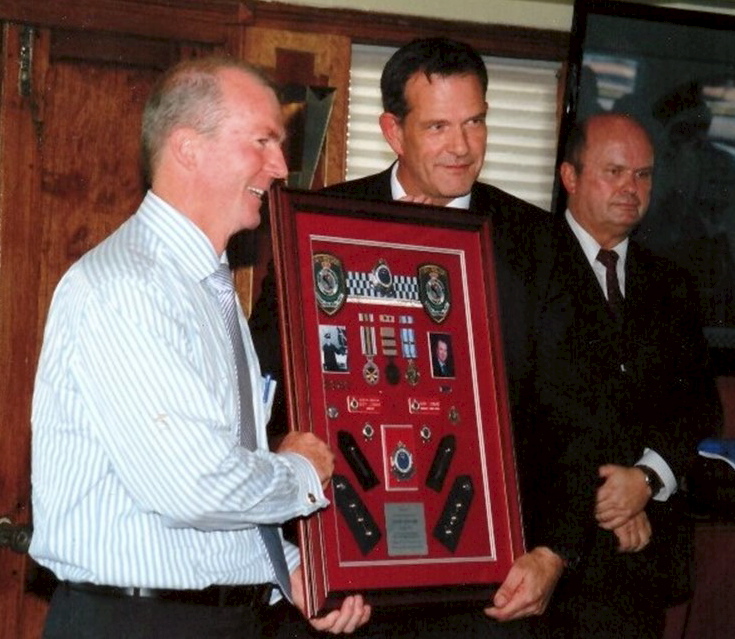 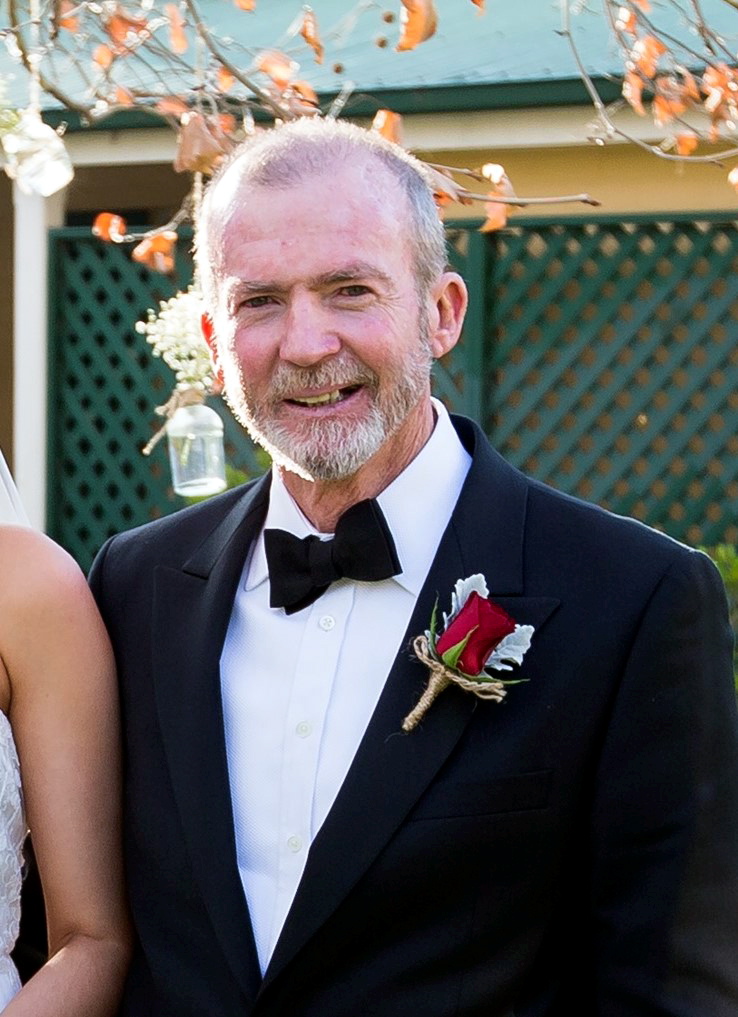 It is with a heavy heart and sadness that I inform you of the passing of Detective Inspector Geoffrey Louis LEONARD, Reg. No. 15832, who faithfully and loyally served the NSWPF and the community of NSW from the 21/05/1973 to 24/11/2011
I spoke with his wife Ave this morning and she told me that Geoff passed away peacefully in his bed at Taree Hospital about 3.00am this morning surrounded by his family (Ave, his daughter Kate, son Geoff Jnr and his three brothers).
Ave said that Geoff was prepared and at peace with himself. I passed on all your best wishes and sympathies to her and her family.
I am sure you will join me for a minutes silence in recognising a decent man and a bloody good cop.
Ave has indicated that Geoff and she would like to have Police involvement in his funeral and I will advise you when I have the details.
I have attached a couple of documents to the email from Geoff‘s farewell and I am hoping it may raise a smile.
Please feel free to pass on to those that knew and worked with Geoff.
He was, as I said, a decent man.

(The email was written by Det Insp Andy Waterman)
[divider_dotted]
Carolyn
I was 7 months pregnant with my daughter when Geoff and I had to embark upon a country trip to interview a colleague in relation to an Ombudsmans complaint (that went on and on and on) in early 1997.
The interview was in Lismore – however Inspector Leonard was convinced by Sergeant Me to stay at Byron Bay (as he should have).
We shared a twin room and the snoring between us both was a competition. The darling man soon realised that eating well, stopping at every single antique shop or basically anywhere I wanted was the priority that trip. I concede that because his son collected golf tees we visited a few golf courses – including beautiful Bonville in Coffs Harbour … He clearly adored his son as he even suggested to me (in all seriousness) that we travel ‘slightly out of area’ to some bloody golf club in the Gold Coast!! True to his beautiful nature … Geoff Leonard listened to the wise words of his junior colleague – and instead finished the interview and stopped at Timbertown, and even Morpeth in the Hunter Valley because of the needs of a pregnant woman.
This man was a legend putting up with me that trip. Beautiful, wonderful man…… this has come as such a shock to me. I seriously thought of him last Thursday morning after a Police Reunion… wondering how he was going.
The post was beautifully written Michael Lewis…. I’m so glad that he was at peace – he and his beloved family deserve it.
Xxx
[divider_dotted]
Please follow and like us:

I attended Chatham High School in Taree with Geoff, he was one of the nicest, well mannered, respectful guys at school and grew into a respected, fantastic man and cop.
A lovely human being gone to soon, and its not fair.
May he rest in peace.
Regards and sympathy to all his Police colleagues and his family.

Hi,
I went to Chatham High School in Taree with Geoff, he was one of the nicest, well mannered, respectful guys at school and grew into a respected, fantastic man and cop.
A lovely human being gone to soon, and its not fair.
May he rest in peace.
Regards and sympathy to all his Police colleagues and his family.