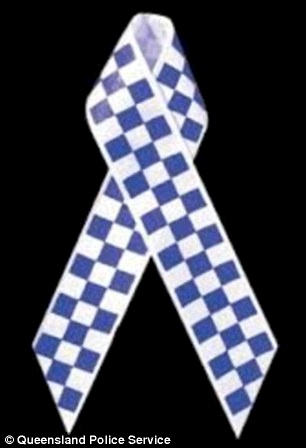 After leaving NSW Police, George continued a career in ‘Security’ & co-owned a restaurant, owned taxis, service stations & was a Research Adviser for the NSW Minister of Police at some point.

Born:   Wednesday 1 February 1933 in Newtown, NSW but of Creten heritage

No details about George’s death can be found via Google other than a Live Stream of his funeral Service – as attached above.

There is a George SARRIS mentioned as having Resigned, as an Inspector with the Department of Consumer Affairs on the 28 March 1985.

A constable said yesterday he had signed an antedated order form for liquor at the Roosevelt nightclub.

The constable, George Sarris, of the Vice Squad, was giving evidence in Central Court against Victor Sidney Vernon, 33, waiter, of Liverpool Street, Paddington.

Vernon admitted having, at the Roosevelt nightclub on March 18, sold three bottle’s of beer to Constable Sarris for 18/6.

Constable Sarris said when he asked Vernon for a drink Vernon took him to the office and asked him to sign an order form dated March 16.

He signed the form and Vernon sold him the beer.

A constable who obtained liquor at about 12.30am at the Roosevelt Restaurant, Potts Point, on March 18, told the Licensing Court today that he had given a false name and address, and had made a false statement to secure the liquor.

The constable, George Sarris ( Headquarters ), was giving evidence against Roosevelt manager, Ronald Aljo Middlin, 36, of Beach Rd, Bondi, who is charged with being the manager of the restaurant when it was open for the sale of liquor, not then holding a licence.

Constable Sarris said that he had gone to the restaurant on instructions, had filled in a predated order form, and a waiter named Vernon had supplied him with two bottles of beer for which he paid 12/-.

Later he bought another bottle for 6/6.

Mr. McDonald ( for Middlin ) argued that the purpose of the Liquor Act was that “a single sinner may be forgiven.”

In this case, there was no evidence of continued offences and, he said, the case should be dismissed.

Middlin said he was appointed manager of the Roosevelt when Stattler and Co. Pty. Ltd. took it over, in March.

He was given instructions in writing that under no circumstances was he to commit a breach of the Liquor Act, and he passed on these instructions to the staff.

Middlin said he told his staff to give two bottles of beer “with the compliments of the house” to customers who did not have an order.

Constable George Sarris, of the Vice Squad, said that he bought two bottles of beer from a man on the first floor of 161 Castlereagh Street.

Sergeant William Dickson, of the Vice Squad, said that a man named Keher had told him that the Slovak Association was holding a dance there.

Placko said that he was working at the dance voluntarily. He had thought Constable Sarris was of Hungarian nationality, and a member of the club.

A charge against Anton Keher, 34, labourer, of Chalmers Street, Sydney, of having the management of a room used for selling liquor without a licence was dismissed.