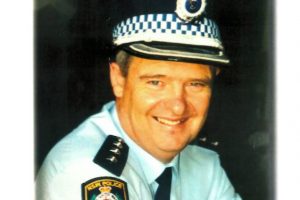 A.P.M. BARTON Glenn Robert
Prayers for the Repose of the Soul will be held in St Michael’s Cathedral, Johnston Street, Wagga Wagga on Thursday 7th March 2019 commencing at 10.30am.
Following prayers, the cortege will proceed to the Wagga Wagga Lawn Cemetery.
Relatives, friends and NSW Police Service personnel past and present are respectfully invited to attend.

March 4, 2019
Sad to have to say that one member of the company has departed – only two members left of the Martin, Barton and Pharton group. Forever missed.
Kaybell
KAY HYDE, MAIDA VALE, PERTH
March 2, 2019
May you forever Rest In Peace.

A truly great and gentle fellow, and a former colleague and neighbour. RIP my friend!