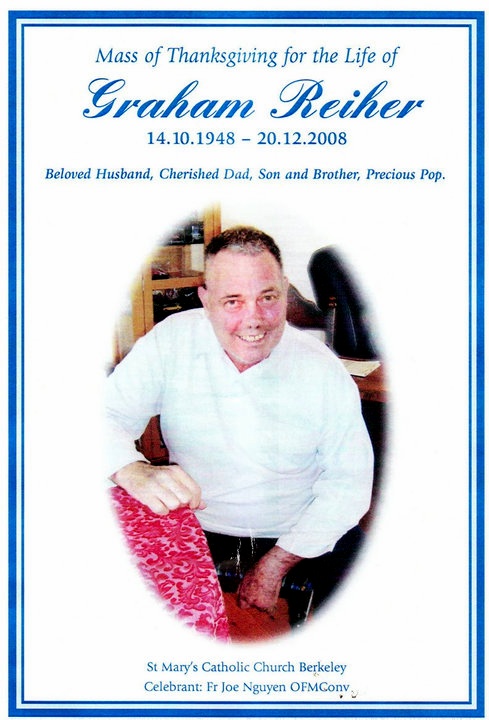 Graham Reiher passed away on 20.12.08.  He had a huge funeral with a “Guard of Honour” made up of the guys and girls of the S.E.S. in their orange overalls and looked quite impressive.

Graham was a Policeman pre 1980 in the Illawarra and worked at the Wollongong HWP.

He later became a Ranger with the Wollongong Council and, in 2008, developed a tumour in the brain – which was diagnosed in South Australia whilst he was on holiday down there, forcing him home and back to N.S.W.