PENN system, in honour of one of the key architects of targeted programming – Greg PENN 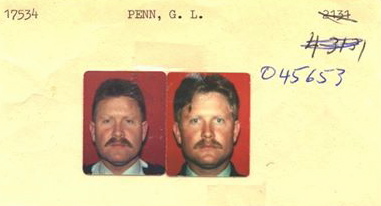 With the help of NSW Police Legacy, Lauren gave everything:

Thank you for visiting my page. My name is Lauren Penn. To do city 2 surf has been on my to do list for over 10 years. As a young teenager my Dad would come in and wake me up at the crack of dawn to go for a walk with him, we talked about anything and everything on our walks and we would often talk about doing city 2 surf together.

Unfortunately we never were able to as my Dad pasted away from cancer when I was 15. My Dad, Senior Sergeant Greg Penn joined the NSW police force when he was only 21 and served 27 years. My Dad served in almost every duty as a police officer, from radio, blue light unit, highway patrol, PCYC. He worked at a number of stations, Rosebay, Mascot, Corrimal and Lake Illawarra.

Throughout his career he was highly commended and received a number of honors and medals. My Dad also created a computer program to track youths at the PCYC clubs and I remember visiting different clubs with him when he went to install the program.

Every choice and decision I have my in the last ten years I would stop and ask myself “what would dad say”, “what you he do”. So being ten years, I wanted to do something with a lot of meaning; I choose to do city 2 surf, like we always talked about. At the time of registering, I hadn’t exercised properly for 3yrs, since registering I have started boot camp and eating correctly and have lost 10kgs so far, my goal is to be able to do city 2 surf in 2 hours and 20minutes.

After Dad passed away Police Legacy had a benefit night in my Dads honor which raised money for my sister and I to receive when we turned 25. With Police Legacies help I have been able to complete 4 TAFE certificates which have help me hugely in returning to work after having my daughter.

So as a small token of my appreciation towards Police Legacy, my goal is to raise $500.

I also believe that Greg PENN did a lot of computer work in relation to the macro system in WordPerfect 5.1 in making shortcuts to the forms that were used in everyday police work – especially in relation to traffic matter and developed the system which was widely used throughout NSW Police Stations around the 1990’s.

Police Officers working within PCYC tackle juvenile crime through what is known as “Targeted Programming”. The work of the Officers in 2004 was again instrumental in preventing and reducing youth crime.
Targeted Programming consists of three program areas:
1. Case Management of individual young offenders referred to PCYC Officers by a Police Local Area Command or local Magistrate, identified as Priority One work, or P1s;
2. High visibility policing in juvenile crime of anti-social behaviour locations or ‘hot-spots’, referred to as Priority Two work, or P2s;
3. Community Policing projects such as involvement in driver education or school visitation.
Targeted Programming is supported by a software planning and evaluation program developed within PCYC, and now known as the PENN system, in honour of one of the key architects of targeted programming, S/Sgt Greg Penn (see story page 35).
All 57 Clubs throughout NSW received Young Offender and Youth Crime ‘Hotspot’ referrals from Police Local Area Commands and the Crime Management Units throughout the year.
At the end of the 2004, PCYC Police had received 1951 young offender (Priority One) referrals since launching Targeted Programming in July 2001, of which 433 were Aboriginal & Torres Strait Islander (ATSI) young people.
By the end of 2004, there were 575 Priority One young people being currently case managed by PCYC Police.
The Priority One results as at December 2004 were extremely positive with young offenders reducing their offending behaviour collectively by a staggering 68.9% over a nine month period.
In regards to Priority Two referrals and Youth Crime ‘Hotspots’, PCYC have received a total 336 referrals since July 2001, with 207 current Priority Two Referrals being targeted by PCYC Police in 2004.
There were a total of 24 807 ‘other’ young people involved in community policing conducted by PCYC Police.
PCYC’s work in crime prevention was recognised in 2004, through the Australian Violence and Crime Prevention Award Scheme.
During 2004, the PCYC Board funded a review of the PENN system to determine its validity and reliability. The evaluation focused on 861 referrals between 2001 and 2003, which were compared with a control group of all other young offenders not referred to PCYC Targeted Programming (92, 237 young offenders).
Some specific findings of the evaluation were:
8% of Targeted Programming participants reduced incidents by five or more in the three months immediately after referral;
29% of Targeted Programming participants reduced incidents by two or more.
Another interesting finding of the evaluation was that 9.9% of the non-PCYC group were Aboriginal or Torres Strait Islander (ATSI) young people, while ATSI young people made up 34.2% of the PENN referrals studied.
This shows that PCYC Targeted Programming has been particularly beneficial to many ATSI young people.
Other findings of the evaluation were:
That offence rates amongst those involved in the program drop significantly as reported;
That PCYC manages some of the State’s more difficult young offenders; and
The next stage in the evaluation of Targeted Programming could be a focus on long term behavioural change by persistence with young offenders.
PCYC looks forward to the further development of PENN in 2005 and congratulates the many dedicated Police Officers and their civilian colleagues in PCYC who, on a daily basis work with young people in their local community. The work they undertake is extremely important and challenging; their reward is the satisfaction of knowing they have a real impact, and they are positively changing the direction of the lives of young people.

In April 2004, PCYC lost one of its most respected Police Officers, when Snr Sgt Greg Penn lost his long battle with cancer. With the movement for about 10 years, Snr Sgt Penn began as the Inner Metro Zone Commander, served as Zone Commander for the Southern region and was acting State Co-ordinator when illness struck.
Despite his battle with cancer, Snr Sgt Penn dedicated himself to the progression of Police computer systems such as PASS (Programs And Services System).
The success of Targeted Programming and the PENN system were recognised by the Federal Government in the 2003 National Crime and Violence Prevention Awards.
After his passing, Snr Sgt Penn was honoured by the NSW Police for his work in the areas of computer software design and youth crime prevention, by being
awarded a Commissioner’s Commendation. The commendation recognised his outstanding commitment and dedication to duty throughout his career, particularly the vital role he played in the design and implementation of computer systems that have enabled enormous benefits to operational Police and the community. His wife Joanne gratefully accepted this award in his honour.
PCYC State Coordinator, Insp Paul Macmillan, said Snr Sgt Penn’s commitment in this most important area of policing merited acknowledgement at the highest level.
“His work has brought tangible benefits to the community and the NSW Police and is an example for others to follow in the best traditions of policing,” Insp
Macmillan said.
“Greg was extremely popular with a great sense of humour and warm personality. He will be enormously missed by his many friends in PCYC and the NSW Police.”
Sadly, Snr Sgt Penn leaves behind his wife Joanne, and two school aged daughters, Lauren and Alexandra.
PCYC hosted a benefit night for the Penn family at the Illawarra Master Builders Club which featured a performance by the NSW Police Swing Band, with
funds raised going towards his family.