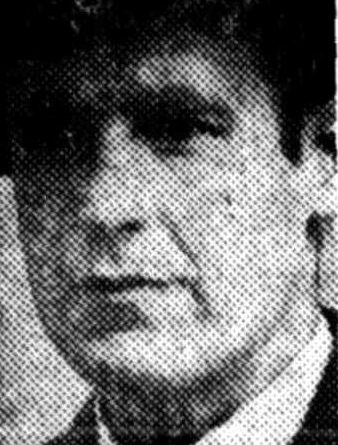 LISMORE, Wednesday: Two men were arrested at Byron Bay and charged with having in their possession goods reasonably suspected of having been stolen or unlawfully obtained.

It is alleged that the goods were portion of a cargo of an American vessel which went aground at Byron Bay in heavy seas about a fortnight ago. Some of the articles have been recovered by the police. They include motors, barometers, compasses, ships’ clocks, wire ropes, butter, tea, army blankets, general fittings and accessories. Police estimated the value of the recovered goods at £400. The investigations were carried out and the arrests made by Detective Constable H. Jenkings, of Lismore, and Detective Constable A. Brookes, of Sydney, who, in conjunction with American provosts, interviewed about 100 people between Monday and yesterday. The men charged were allowed bail and are to appear at Byron Bay Court on July 19.

BREAKING AND ENTERING AT M’BY ALLEGED

The defendants are alleged to have broken into the cafe in the early hours of the morning and taken goods to the value of £13, including money, chocolates, soft drinks, tobacco and cigarettes.

Charged with breaking and entering the Popular Cafe, Burringbar Street, Mullumbimby, on June 24 and stealing money, chocolates, cigarettes and tobacco of a total value of £12/13/4, the property of Constantine Karazeris, three men were committed for Trial by Mr A. J. Bryant, PM, at Mullumbimby Court yesterday.

They will appear in the Lismore Quarter Sessions on July 31. Each was granted bail at £30.

Detective-Constable H. Jenkings, of Lismore, stated that in company with Constable Taylor he arrested the three men on the banana plantation where they were employed about seven miles from Mullumbimby: When questioned the defendants, he alleged, admitted the offence, which they regretted, adding that they were under the influence of liquor at the time.

Mr P. Street, who appeared for Hill, said that Hill was an ex-member of the AIF with a number of years’ service to his credit. He had been mentioned in dispatches for gallantry. Allen and McIntyre were undefended.

Former Bondi swimmer, Constable Harry Jenkings, who has also played for Easts’ Union and League clubs, was recently married at Lismore, where is now stationed, to Miss Barbara Sullivan (AWAS), of Bondi.

The long-odds chance came off this week when a youth walked into a Paddington dealer’s shop and asked about pawning a gold sovereign case with chain attached. The dealer made an excuse, slipped out the back and rang the detectives. The case and chain belonged to a friend of his who had it stolen from an auction sale at Petersham. The dealer remembered it because he had repaired it a week before. Dets. Harry Jenkings and Eric Rankin were quickly on the spot, but the youth had ” smelt a rat ” and bolted. *

A policeman yesterday captured an exhausted man at Woollahra after a mile-and-a-half chase.

The man fell in a state of collapse. ” I’m done; you can take me, ” he said. Constable Harry Jenkings, of Paddington police, arrested him. Jenkings is a former Eastern Suburbs firsts grade Rugby Union forward and Bondi surf life-saver.

Constables Jenkings and Jim Watts were patrolling in Thorne Street, Edgecliff, at 5 p.m.

They saw a man enter a house, and recognised him as a man for whose arrest police held a warrant.

A woman invited Constable Jenkings into the house, where the man denied he was the one the police wanted. He agreed to accompany Jenkings to Paddington police station.

As they were leaving the house, the man pushed Jenkings backwards and slammed the door in his face. He had more than 30 yards start when Jenkings opened the door.

The man ran from Thorne Street on to a large, vacant allotment and crashed through dense bushes and scrub. Constable Jenkings and the man fell and rolled through the bushes and down steep, rough slopes during the chase.

Just as Jenkings over took him, in a thick clump of scrub, the man fell exhausted and surrendered. Constable Watts reached the spot shortly afterwards.

The two policemen had to assist the exhausted man — a 27-years-old meat lumper — a mile and a half back to the car.

Samson, named by Constable Jenkings, strayed into the yard of the police station on Tuesday.

Samson was wearing a collar and chain which supports Constable Jenkings‘ view that he is the ” mobile lawnmower ” of someone in the Watsons Bay – Vaucluse area.   He seems quite content to browse in the long grass at the station, but Vaucluse police are anxious to find his owner.  Samson is carrying about £3 worth of wool. 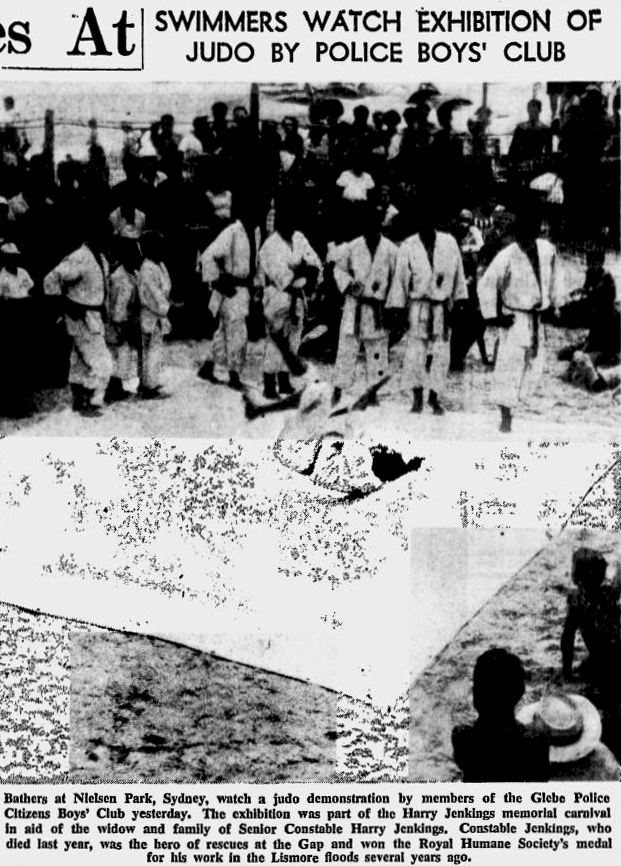