Henrys’ AIF files have not been scanned for public exhibition as of the date of his death. 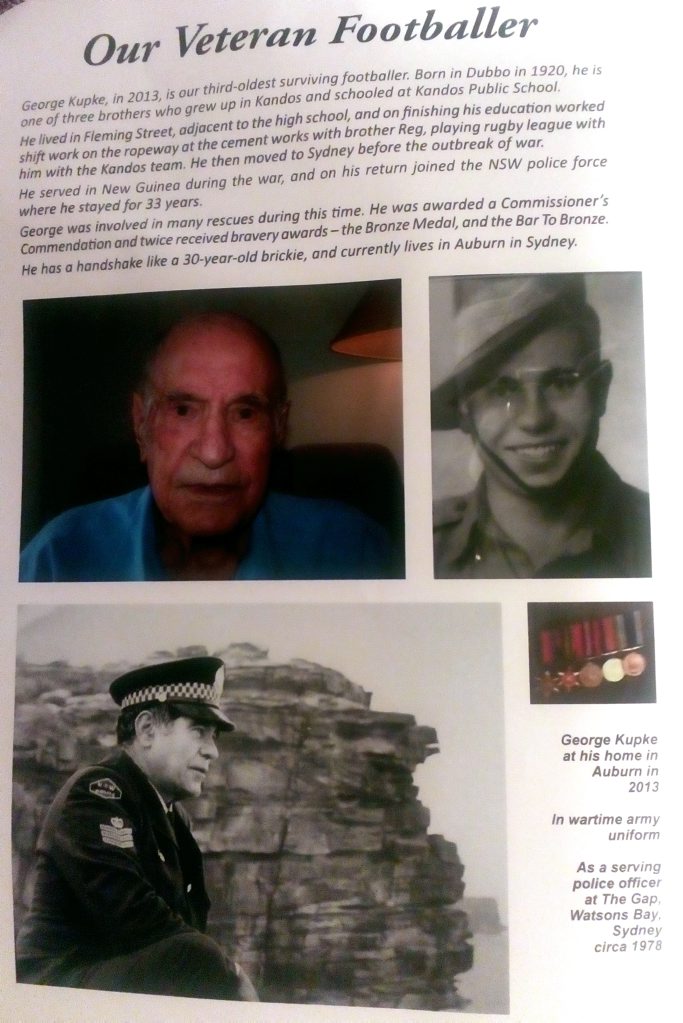 SYDNEY, Sunday, – Police last night. arrested two men and recovered a 1949 Rolls Royce car about 10 minutes after the car had been reported stolen.

A message was flashed over the police radio( at 10.52pm ) and five minutes later, Sergeant W. Smith and Constable G. Kupke saw a Rolls Royce pass them as they were driving into Rose Bay police station.

They halted the car at ( at 10.57pm ) at Vaucluse. Sergeant Smith said: “The car was so large we could not lose sight of it.”

Two men were charged with having illegally used the car.

……… Mr. George Kupke, a well known ex-Kandos resident and now a member of the N.S.W. Police Force, paid a visit at the week-end. ………

Word has been.’ received that Pte. George Kupke, son of Mrs. Kupke, of Kandos, has been wounded in action. ( Keep your chin up, Georgie ). …….

George Henry Harold Kupke, of 42 Fleming-street, Kandos, was refused exemption from military training duties by the S.M.. Mr. Bromhead, when he applied on the grounds of his call-up imposing hardship on his parents, at the Bathurst court, yesterday.

Kupke was previously granted exemption until the end of last month, in evidence he said that his father is bed-ridden and weight 17 stone. He has to be lifted into and from his bed, and his mother is suffering from a weak back. Kupke‘s brother, Trevor, had left school and was working.

A tournament to assist local war funds was held at the Park Courts on Sunday, 15th June. The event was won by George Kupke and Mrs Rex Kupke.

On Sunday last many entries were received for the gent’s doubles. A ? of the patriotic tournament ?, ? owing to ? ? J. Sparks and L. Ford will do battle against A. ?

George Kupke and Fred Beatson, two very well-known Kandos residents employed by the Kandos Cement Coy., collapsed during the week at the works and were admitted to the Rylstone District Hospital for treatment.