Stations:  ? & Cyprus as part of the 11th Australian Contingent of UN Peacekeeping Mission

Cause of death:  Murdered – Land Mine Explosion

Event location:  near Lefka, Cyprus ( 5 days after arriving in the country ) 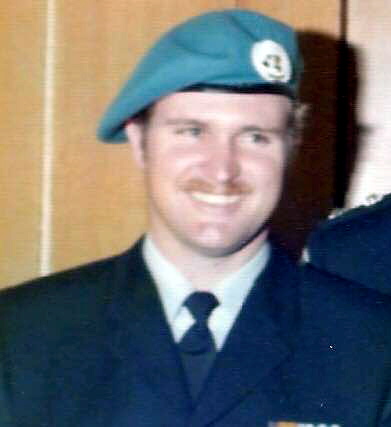 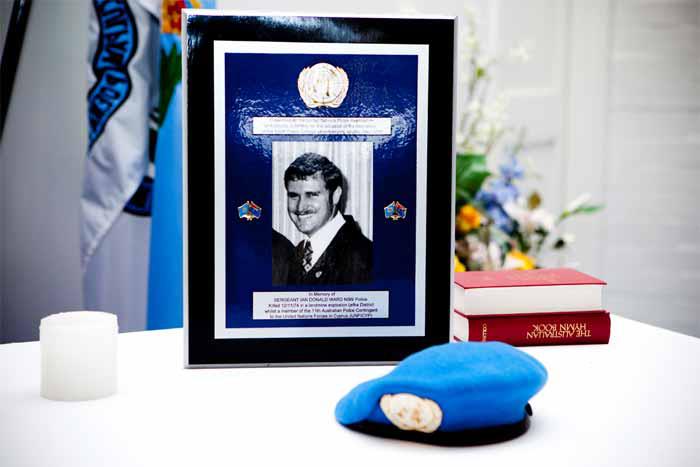 On 12 November, 1974 Constable Ward was serving with the Eleventh Australian Police Element in Cyprus. Whilst travelling in a Land Rover near Lefka the vehicle hit a landmine in the buffer zone. As a result Constable Ward was killed and Constable 1st Class John Woolcott was seriously injured.

Constable Ward is the 3rd and last Australian to die in Cyprus.

The constable was born in 1949 and joined the New South Wales Police Force on 12 April, 1968. At the time of his death he was stationed in Cyprus and an Acting Sergeant.

John Woolcott recovered from his injuries and ” Wooly ” later retired from NSW Police Force either as an Sergeant at Manly Police Station or an Inspector at North Sydney / Mosman.  This, is yet, to be confirmed.  ( 10 August 2017 ).

p 105
The closure of Nicosia Airport meant a circuitous route to Cyprus for the second half of the eleventh contingent led by Merv Beck.
Although it was not known at the time, conditions on the Island and consequent reduction in UNFlCYP strength would make this the
last November rotation.
The group left Sydney on 6 November and were welcomed some days later at Akrotiri after flying with Qantas to London then busing to
the Brize Norton RAF Base near Oxford and thence via Malta to Cyprus.
RAF flights were ‘dry’ and the seats faced the rear, so the Australians appreciated the traditional welcome at Limassol Headquarters.
The newcomers ‘pumped’ the old hands for news of the war while they themselves were pressed for information about events in Australia.
The new arrivals were soon split up.  Ray Leister was assigned Control Room duties while others went to Ktima and Polis.
After only five days on the Island the unthinkable happened near a road-block approaching Lefka.
Ian Ward, a replacement from New South Wales, was killed and John Woolcott injured when their Land Rover detonated a land-mine in an unmarked field.
The Australians were conveying a Turkish Cypriot family from Ayios Nicolaos to the Turkish Cypriot controlled area at Lefka and one of the four passengers was killed and the other three seriously injured.
The fatality cast a pall over the contingent.
A number of moving ceremonies were held before his body was flown home to Australia.
Twelve months later a cairn was erected to commemorate the tragedy and each twelve months a short service is held near the memorial.
Geoff Baker was a member of the Board of Inquiry convened under British military regulations to investigate the incident.

Land-mines were the major component of fortifications along the confrontation zone.  UNFICYP had lodged a number of protests about mine-laying procedures and the fact that many fields were neither marked nor adequately recorded.  UNFICYP began a special programme to remedy the deficiencies, but two UNFICYP soldiers were killed in similar circumstances during the following twelve months.

LONDON, Tuesday (AAP). – Representatives of all United Nations peace keeping forces in Cyprus will take part in a memorial service today for Sergeant Ian Ward, 25, a Commonwealth policeman of Sydney, who was killed in landmine explosion last week. His body will later be flown to Sydney for burial.

The Peacekeeping Display honours all members of the NSW Police Force who have served in peacekeeping operations throughout the world and houses the Dag Hammerskjold medal belonging to the late SGT Ian Donald Ward who died in UNFICYP. This was donated to the NSW Police College on the 29th May, 2010 from Mr Ken Ward, OAM, father of SGT Ward.