Enlisted: 18/08/1914, Sydney. Due to his previous military service he was sworn in as Colour Sergeant

Embarkation: on board Transport A14 Euripides on 20 October 1914

Cause:  died of wounds received on 3 May 1915 at Gallipoli Peninsular. Gun shot wound to the left leg

From his Father – “Came of a Border fighting clan, the Homes of HOME, very many of whom fell in Scotland’s wars, notably around their king at FLODDEN – vide Scott’s “Marmion.”” Details from Father. 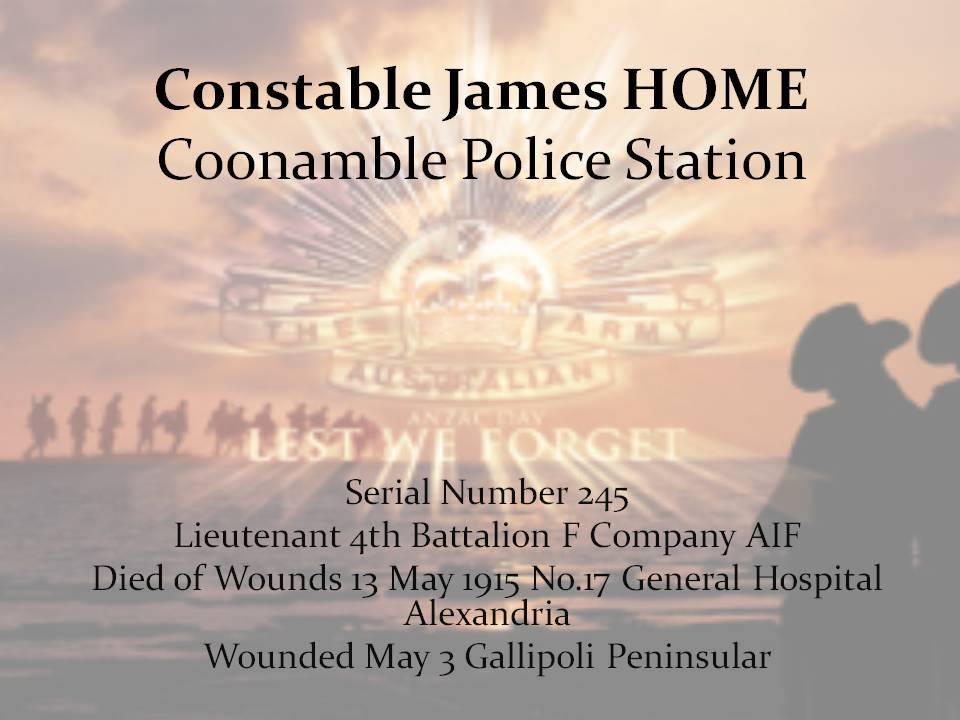