( whilst a ProCst ):- Newtown ( Beats ), MO Unit ( Modus Operandi Section from May 1951 and one of the FIRST Police Officers to be trained in Identikit ( manual sketching / facial system )

The MO section moved 3 times during his tenure there.  Central to Redfern then to Smith & Campbell St ( the old hat factory / CIB and the last move was to Parramatta ).

His last Posting was Publication Unit from where he Retired on 17 February 1988.

Cause:  Aspiration Pheumonitis  – this was following a fall where he fractured his left arm & femur.  He passed away 6 days following the fall 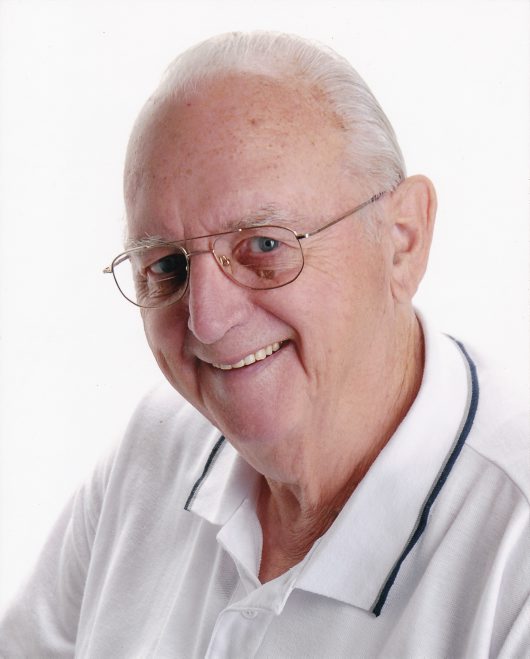 Nothing further can be found about this man, or his Service, other than documented below.
Cal
18 May 2017
***Further information will be forthcoming from his daughter. ****
[divider_dotted]

Police constructed this Indenti-kit picture from descriptions of the boy said to have been seen in the area where Alan Redston was killed. The picture was issued to newspapers and television stations yesterday.

Police searching for the killer of six-year old Alan Geoffrey Redston issued yesterday an Identi-kit drawing of a youth wanted for questioning.

The identi-kit picture was shown on television yesterday and will continue to be shown during the week. The description was broadcast also.

The description of the youth, as given by police, is 13 to 15 years of age, about 5ft 6in tall, with blond hair which possibly falls over his forehead when untidy. He may have a scar over his left eye.

A statement issued by Canberra police said, “It is believed this person can assist inquiries and resides in or frequents the Woden Valley area.

“When last seen in the Curtin dump area on Monday, September 26, after school hours, he was described as wearing a white pullover or T-shirt with blue jeans and riding a bicycle which had a spade attached to it”.

Yesterday two boys whom police believe might identify this youth were interviewed in Canberra by Senior Constable John Schmidt of the modus operandi section, CIB, Sydney.

Constable Schmidt flew to Canberra for the day to help compile a composite picture of the youth from descriptions.

He said the identi-kit had been used successfully by NSW police investigating crimes. It contained 525 slides, and was capable of producing 62 billion variations of the human face.

The body of Alan Redston was found, bound and wrapped in a house coat and in pieces of felt, in the bed of Yarralumla Creek at Curtin on Wednesday morning. An autopsy showed he had died of strangulation caused by a rope looped around his neck and tied lo another rope binding his hands and feet.

Detective Constable B. W. Baulman, of Canberra, one of the 12 detectives on the case, said yesterday police had discontinued inquiries in the northern suburb of Hackett after questioning several boys.

Investigations in that area had failed to produce any new information.

Police have been working 18 hours a day interviewing children and householders. They have called at homes, and have stopped boys in the street in the Woden Valley seeking information. They attended Alan Redston’s funeral at the Methodist National Memorial Church, Forrest, on Saturday afternoon with several boys.