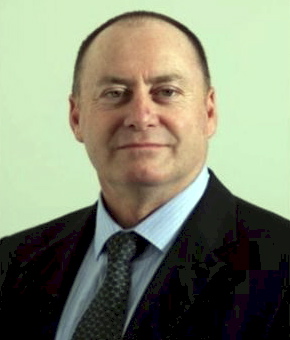 No flowers by request.
Donations to Pancare would be appreciated.

Published in The West Australian on May 4, 2017

[divider_dotted]
BALLANTYNE:
WA Police Union
Members are invited to attend the Memorial Service for our Member John Ballantyne 6147 at KARRAKATTA Cemetery on MONDAY (08.05.2017) at 10.30am.
Published in The West Australian on May 5, 2017
http://www.westannouncements.com.au/obituaries/thewest-au/obituary.aspx?n=john-ballantyne&pid=185290561&fhid=14376&eid=sp_ommatch&eid=sp_ommatch#sthash.eGWDQ1tm.dpuf
[divider_dotted]
BALLANTYNE
(John Ashley):
I remember your smile, The things you would say, I treasured the hours we spent every day.
The laughs we had, the secrets we shared, The love you gave, the way you cared.
You left a place no one can fill, I miss you, John, and always will.
Life goes on; we know it’s true, But not the same without you.
Today, tomorrow, our whole life through, We will treasure the memories we have of you.

JB although I only had the privilidge of working with you for a short time, you become a great mentor to me. Despite what you were facing, you were always there for a chat, a vent or common sense advice to put things into perspective. A truly kind and selfless man, I will miss you. Deepest sympathy to Vicki and family and Mike and Ang.

Don’t forget your mobile phone, not the one in the dunny, the one I bought you from the toy store. I missed you when you left Northam.

Wishing you Peace to bring Comfort, Courage to face the days ahead & Loving memories to Forever hold in your Hearts. REST IN PEACE John. Jules Ursh Renee & Simone

BALLANTYNE (John ): In memory of happy times with one of life’s special people. Our deepest sympathy to Vicki and Family and Peter.

BALLANTYNE (John ): In memory of our former colleague Detective Superintendent John Ballantyne former State Manager of the ACIC WA Office. He will be remembered.
Rest in Peace friend and colleague.

BALLANTYNE
(John Ashley):
Regimental 6147. Fond memories of my partner in crime at the illustrious CIB. JB, we shared a lot of experiences, always challenging, sometimes dangerous, and you faced it all with a wry smile and sense of humour. Heartfelt sympathy to Vicki and family on the loss of a true gentleman.

BALLANTYNE (John):
JB, you were a best friend, a mentor and a brother to me and Godfather to my Son. What greater honour that when a man moves forward, he leaves behind in each of us, the best of what he was. A defender, protector, supporter, victor, a warrior. The last of the breed from a bygone era. Sincere condolences to VJ, Peter and families. RIP Digger

BALLANTYNE
(John Ashley):
JB, always with a smirk, always ready with a witty (or not so witty) remark. We had great fun JB, it was an honour.

BALLANTYNE (John ): Sincere condolences to Vicki and family on the sad passing of a fine gentleman. A wonderful mentor, colleague and friend who will be missed by many. R.I.P.
Col, Jo and Erin Johnson

BALLANTYNE (John ): The staff at Beaconsfield Primary School wish to send their deepest sympathy to Vicki and family on the loss of John. May you find comfort in your precious memories.

BALLANTYNE
(John Ashley) APM:
It was hard to let you go, given we’d had each others back for 20 plus years but I know you are in a better place. You fought courageously till the end and we will miss you greatly. We hope you’re enjoying the Police star that Henry chose for his “Big Good John”. We love you dearly and will meet again.

BALLANTYNE (John ): When the sun says goodbye to the earth, it leaves a beautiful sunset as a gift. When friends say goodbye to each other they leave mementos of everlasting memories. Goodbye my friend, I will miss you and remember you always.

To Vicki and family
With heartfelt sympathy to you as we remember a life so well lived. A life that leaves a legacy of joy, pride and pleasure, a loving lasting memory you will treasure always.Pat xx

BALLANTYNE
(John Ashley):
The Commissioner of Police and all members of the Western Australia Police regret the passing of our colleague John Ballantyne Registered Number 6147.
Deepest sympathy to all his loved ones.

BALLANTYNE (John):
Much loved nephew of Shirley and Bernard (dec), cousin of Tim.
Will be dearly missed.
Condolences to his family.

BALLANTYNE (John ): Sympathy and love to Vicki-May and family. John your battle is over, no more pain you’re at peace now.

BALLANTYNE (John ): Uncle to Ashleigh. Now at peace with your brother, David. He will care for you now. Trish and Ashleigh

BALLANTYNE (John ): In memory of our nephew and cousin. Taken far too soon.

BALLANTYNE (John):
Our little brother passed away 2nd May, 2017. He is now at rest at peace. His troubles are now behind him, his battles are over, may he rest in peace.

Published in The West Australian on May 4, 2017

WA Police have seized more than 150 packages containing illicit drugs, in a four day blitz in the lead up to Leaver’s week.

The packages contained mostly methamphetamine, but also ecstasy, cocaine, LSD, cannabis and a range of other drugs.

Acting Commander John Ballantyne said many of the intended recipients would now face charges including possession and possession with intent to supply.

“Some of the intended recipients have been identified as being 17 and 18 years old, so it is not unreasonable to suggest that some of those drugs could have been destined for Leavers,” he said.

“What I do know is that none of those drugs will make it to Leavers.”

The organised crime squad and canine unit were involved in the operation targeting drugs sent through the post.

Police said they were still trying to determine whether the drugs were purchased online and whether they came from interstate, overseas or a combination of both.

The purpose of the operation was to limit the amount of drugs on the street during Leavers, which begins on Monday.

The seizures ranged from small packages to larger ones, including 100 ecstasy tablets, 84 grams of amphetamine, 87.5 grams MDMA powder and 100 LSD tabs.

Acting Commander Ballantyne once again urged parents to talk to their children about the dangers associated with illicit drugs.

“It’s up to parents to talk to their leavers now to make sure they make the right decisions, not the wrong ones, a bad decision now could lead to implications into the future which could have far reaching consequences.”

FIVE of the State’s police officers have been recognised in this year’s Australia Day Honours.

Superintendent Ballantyne has served the WA Police with distinction for 37 years.

During this time he has led the way in metropolitan and regional community policing, state and

Ken Nicolson will be supervising police stations in West Pilbara.

They are replacing Inspector Craig Lockhart who has moved to Perth and Inspector Phil Clews who is moving to Broome.

Inspector Ballantyne has just returned from a stint with the Australian Federal Police in the Solomon Islands and East Timor.

His role in the Pilbara will be to “police the police”.

Inspector Ballantyne says his new role will provide a challenge.

“It’s to ensure that the police within the Pilbara adhere to the policies and the procedures of the WA Police Service and indeed the statute laws set by Government,” he said.