Cause:  Illness – off duty for six months prior to death 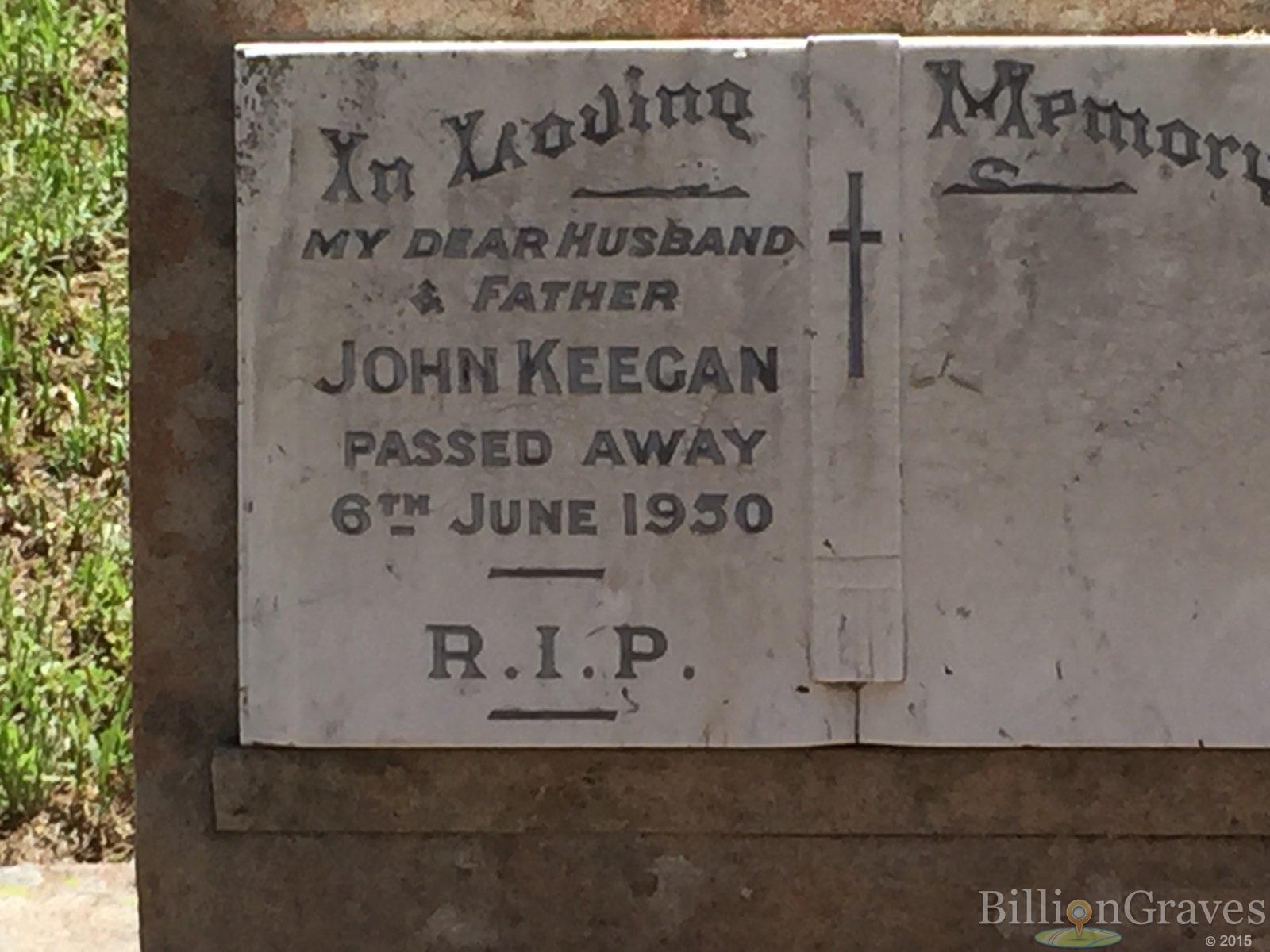 The death occurred at Narrabri on Tuesday last of Senior-Constable John Keegan, eldest son of Mr. and Mrs. Patrick Keegan, of Sydney Street, Muswellbrook. Deceased had been off duty for six months prior to his death, owing to ill-health.

The late Constable Keegan was born at Raymond Terrace 50 years ago. He had resided in Muswellbrook until the time of his marriage to Miss Minnie Galvin, 25 years ago. He was educated at Raymond Terrace and St. Joseph’s College ( Hunter’s Hill ) and at Springwood. He joined the Police Force on 14th February, 1926, and had since been stationed at Stockinbingal, Queanbeyan, Goulburn, Candelo, Cooma, and Narrabri since

Deceased is survived by a widow and five children, John, Patricia, Desmond, Kerry and Michael, all of Narrabri. He leaves also his parents and the following brothers and sisters:— Mrs Bush (Imelda), of Muswellbrook, Mathew (Toronto), Dominic ( Muswellbrook ), Mrs. Frank Neville ( Ellen ), of Liverpool, and Misses Cecilia and Mollie Keegan (Muswellbrook).

The burial took place to the Catholic cemetery at Muswellbrook on Wednesday, the Very Rev. Father Fitzgerald officiating at St. James’ Church and at the graveside. The Rev. Father Mahoney officiated at a servic

The late Constable Keegan was given a police funeral, the cortege being led by 1/c Constable Livermore

trained together at N.S.W. Police Depot. .

Floral tributes were received from:

NARRABRI. — A row about the death of a sheep was alleged to have led to a fight in which a man was killed. Mr. Thornton, PM remanded Henry Charles Legg, 68, teamster, to April 19 on a manslaughter charge, and jailed three other men for assault.

Legg is charged with having feloniously slain William James Dalton on April 3. Royal James Dalton and John Thomas Dalton were sentenced to two months’ jail, and Alfred Dalton to one month on charges of having assaulted Mounted Constable John Keegan, who was not on dut.

Royal and Alfred Dalton are sons, and John Dalton a brother of the dead man.

Constable Keegan said that in the yard of the Tourist Hotel, shortly before 6 pm, John Dalton accused him of having lied about the death of a sheep. Keegan said that when he told Dalton to go away or he would find himself locked up, Dalton said : “You are not game to put me in.” He replied: “None of you Dalton mob will bluff me.” Keegan said that Royal Dalton came out of the hotel, said, “You can beat the Daltons, can you?,” and attacked him. He knocked ” Royal Dalton down. Keegan added: “As I went to speak to Legg, who had asked to see me, Alf Dalton ran out of the hotel, and grappled with me. “Then Royal, John, Alf, and William Dalton were all on top of me, punching, and Alf was kicking me.

“I saw Legg pull William away and give him a sort of punch. William fell and struck his head on a concrete path.

” Legg said he saw the fight start, and tried to stop it.

Jean Elma Comber, barmaid, said that Keegan might have had two drinks that afternoon. He was sober.

Detective Chamagn: Was Legg drunk?— No. I don’t think so.