Awards:  a valuable gold watch and chain for the gallant capture of a convicted burglar, named Wright

Cause:  Assault with a Police Baton & other assaults 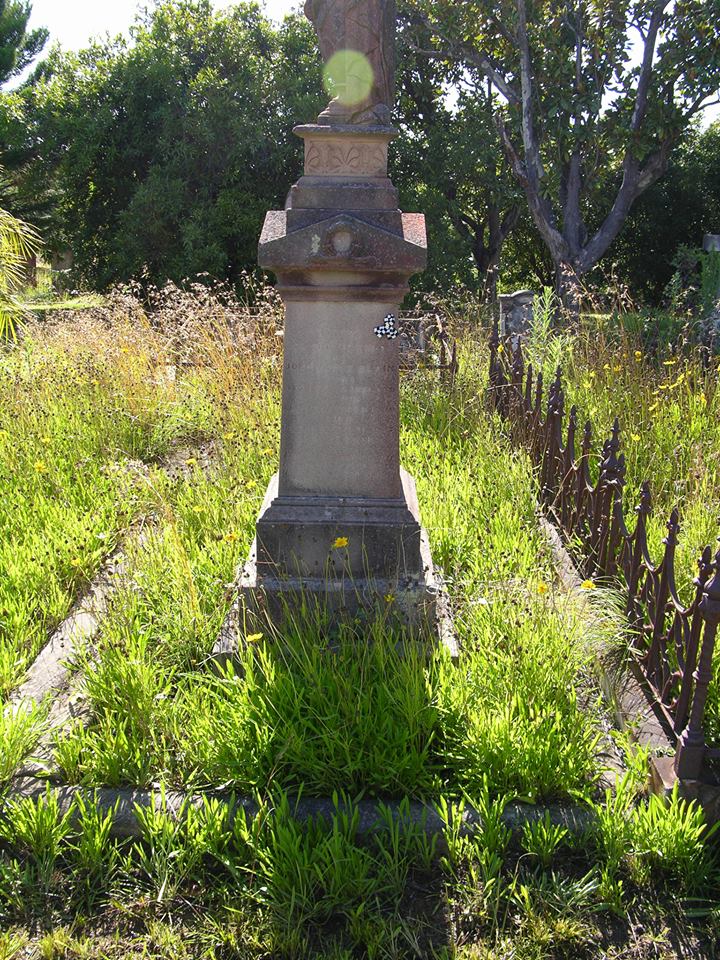 Just after 4pm on Thursday 22 March, 1877 Constable Blain was on duty in Bourke Street, Wooloomooloo when he saw two men carrying a “bundle” in Forbes Street. He called on them to stop, however they ignored him and ran off, quickly pursued by the constable. One of the men then stopped and threw himself at Constable Blain, whose baton unfortunately had dropped to the ground during the chase. As he grappled with one offender, another took up the dropped baton and struck the constable several severe blows to the head, inflicting terrible wounds. Blain bravely held his ground however, and succeeded in handcuffing one of his assailants before staggering a short distance to the home of Dr Pattison. The doctor assisted the stricken Blain and also quickly sent a message to the police for assistance.

Constable Williamson (  possibly Williams )  soon attended and spoke to Constable Blain, who told him that he had arrested and handcuffed one of his attackers before walking to the doctor’s home. Williamson then attended the site of the incident where he indeed found one of the offenders (John Wright) lying handcuffed and bleeding in the street. The courageous Blain had in fact arrested one of his own murderers (a rare accomplishment), as his injuries were to prove fatal.

Prior to his death the Mercury newspaper of Friday 23 March, 1877 reported the story of Constable Blain’s encounter with the offender John Wright and his unknown accomplice.

The article indicated that “The constable who was so barbarously assailed is suffering greatly from the wounds he received. His extraordinary courage and resolution in securing the man in the manner he did is worthy of lasting record.” And thus it is.

His headstone at Sydney’s Rookwood Cemetery reads: “A record of his brave conduct for arresting and bringing to justice a notorious burglar at whose hands he received such savage injuries as to ultimately cause his death”.

The constable was born in 1850, and at the time of his death he was stationed at Darlinghurst.

“SERIOUS ENCOUNTER WITH A BURGLAR.
Some time on Thursday night the premises of Mr J C W Hinsch of 160 Pitt Street, were broken into, and a number of Crimean shirts and other goods valued at about £20, were stolen. Shortly after 4 o’clock yesterday morning, Constable Blain who was on duty in Bourke Street, Woolloomooloo, saw two men carrying a bundle in Forbes Street. He called upon them to stop but as they took no notice he gave chase, and gained upon them. One of the men threw himself down in front of the constable who fell upon him. In running after the men the constable’s truncheon dropped out of his pocket, and the second man took it up and struck the constable several heavy blows inflicting very severe wounds on the back of the head. The constable, though stunned by the blow, bravely grappled with the man, and after a most desperate struggle succeeded in over-powering and handcuffing his assailant. Becoming weak from loss of blood he had just sufficient strength to reach the residence of Dr. Pattison, when he fainted from exhaustion. Dr Pattison sent information to the police that a constable was at his house who had been nearly murdered in the street. Constable Williams, who soon arrived in obedience to the summons, found Blain lying on a sofa bleeding from wounds on his head, and scarcely able to speak. Eventually he learned from him that a man whom he had captured was handcuffed in the street, and on proceeding to the spot indicated, he found the man lying and bleeding from the head. He was conveyed first to the Infirmary, and afterwards to the Darlinghurst Police Station.

Later in the day Detectives Wilmott and Camphin found one blanket and 31 Crimean shirts in a sack on a piece of waste ground near Judge Street, Woolloomooloo… The constable who was so barbarously assailed is suffering greatly from the wounds he received. His extraordinary courage and resolution in securing the man in the manner he did is worthy of lasting record.”

Then on Saturday 16 June, 1877 the Australian Town and Country Journal reported the death of Constable Blain, including the following information.

“It will be remembered that, a short time ago, the Inspector-General of Police, on behalf of various citizens, presented constable Blain with a valuable gold watch and chain for the gallant capture of a convicted burglar, named Wright, who brutally assaulted that officer when being arrested for the burglary at the premises of Mr. J. O. W. Hinsch, in March last. Wright was sentenced to six years hard labour.

Blain, who was assaulted on the head with a policeman’s baton, recovered somewhat from the effects of the affray; but three weeks ago was again brutally assaulted by some roughs in Oxford-street.

About a fortnight ago he went into the Infirmary for medical treatment, and typhus fever setting in, he expired early on Monday morning. It is alleged that his death was caused by the effects of the beatings he received. It is said that a foul drain under the bedroom which Blain had occupied, in Stanley-street, was the cause of his taking ill. Blain had been about three years in the Force. He was unmarried. His grade was first class constable; and he was a young man of superior intelligence and some promise, and a most efficient officer.”

The constable was born in 1850, and joined the New South Wales Police Force on 26 December, 1874. At the time of his death he was stationed at Darlinghurst. His headstone at Sydney’s Rookwood Cemetery reads: “A record of his brave conduct for arresting and bringing to justice a notorious burglar at whose hands he received such savage injuries as to ultimately cause his death”. He is not listed in the official New South Wales Police Honour Roll.

THE FRIENDS of the deceased Mr. JOHN VANCE BLAIN, late of the Sydney Police, are respectfully invited to attend his Funeral ; to move from the Infirmary THIS DAY, Tuesday, at a quarter-past 2 o’clock, to the Necropolis.

MONUMENT over the Remains of the late Constable JOHN VANCE BLAIN – SUBSCRIPTIONS received in aid of the above at the Central Police Station.

Yesterday afternoon, the remains of that efficient and lamented young police officer, constable Blain, were interred at Haslem Creek Cemetery. The funeral was attended by the Inspector General of Police ( Mr. Fosberry ), Inspector Read, Sub-Inspectors Waters, Anderson, and Johnson, and a large number of his fellow officers. The procession, as it moved through the city, attracted general attention, and considerable regret was expressed at the untimely end of a promising a young officer. The members of the force, as may be seen from an advertisement, intend erecting a monument over his grave.

It is satisfactory to learn that there has been a prompt and generous response to the proposal for a monument over the remains of that distinguished but unfortunate police officer, Constable Blain. It will be remembered that Blain had a desperate encounter with a burglar who had broken into Mr. Hinch’s establishment in Pitt-street, and that he received such severe injuries as accelerated, if they were not mainly

the cause of his death shortly afterwards in the Infirmary. The Inspector-General and his officers and the whole force accorded his remains every honor by following them to the grave ; but they thought something more ought to be done, A suitable monument over the grave was proposed, and the matter having been taken in hand by Mr. Smart, J.P., the necessary funds were subscribed in the course of a few days. We have been shown the design of the monument together with the inscriptions, and it deserves to be said that the selection has been dictated by good taste and judgment.

I would like to say thank you to the author of this site for the efforts taken to share John’s story, as a descendant of John, I have grown up understanding some of the circumstances around his passing, thank you for answering a lot of questions that I had. His sacrifice should never be forgotten and your work helps to share and maintain that memory- so once again thank you.