Awards:  no find on It’s An Honour – but was Awarded:  Police Long Service and Good Conduct Medal

Memorial at:  located at Leppington Rose Garden – where the Children’s grave’s are.  Both Joe and his wife – Colleen Mary BINGHAM nee Daley, have a plaque each ; on one head stone.  They both passed away 14 days apart, Colleen on the 25 February 2016 & Joe on the 11 March 2016 after being married for 58 wonderful years. 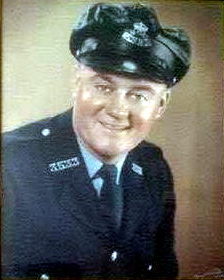 Joe & Colleen met in Wollongong whilst Joe was a Constable, stationed there.

Barry Jones:   Joe helped me with my first departmental over some shitty complaint. That night at Bankstown he showed me the power of the written report. His response was a pure work of art. The only thing missing was the words ……”Once Upon A Time” at the beginning. I still have that Roget’s Thesaurus he convinced me to buy in 1977 sitting on my desk. The other thing I remember about Joe was his stand up blues with Tom Gerdes, now they were different. Going to miss you big fella.

Ted Collins:  Barry Jones. He had that enigma about him. Very very good touch typist. Nothing for him to pitch in and type the synopsis or charge sheets on a wicked night shift. Jump in a car and whiz them into town if we missed the mailman. Never like some sitting there studying the stud book. Gee whiz didn’t he have some stand up blues. The office rocked . He never backed down.
[divider_dotted]
Please follow and like us:

Joe was a real person. He was out there. I remember my first contact with Joe in 1964.he took me for a ride in his motorcycle sidecar. I was a new cadet at campsie in those days. He tried to frighten me with his actions. As many would know if you go around a right turn in the sidecar it tips up.
His relationship with Tom gerdes was not good. Like most of us. I finished up also being the traffic sergeant at campsie in the early 80s.
Good bye Joe
Colin Irwin