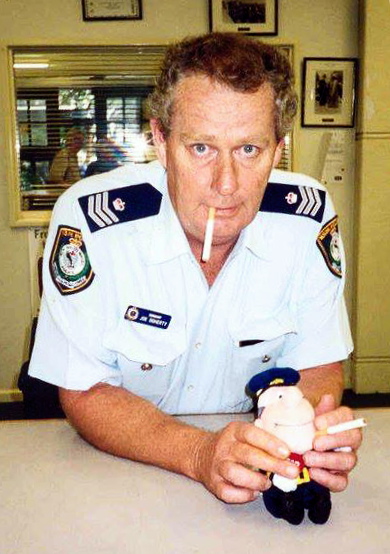 Senior Sergeant Joe DOHERTY was stationed at Helensburgh Police Station, Illawarra Region, for many years, being the Officer in Charge, until his transfer to The Rocks Police Station, Sydney.

He was a proud supporter of not Canterbury but.. “The Berries”.

Joe knew he was not going to beat the cancer & organised the pall bearers for his funeral by asking them personally before he finished up at work.  Gordon Kelly was one asked to do this & Gordon is still proud of that.

Joe was a great bloke & is missed by many in his blue family I am sure.