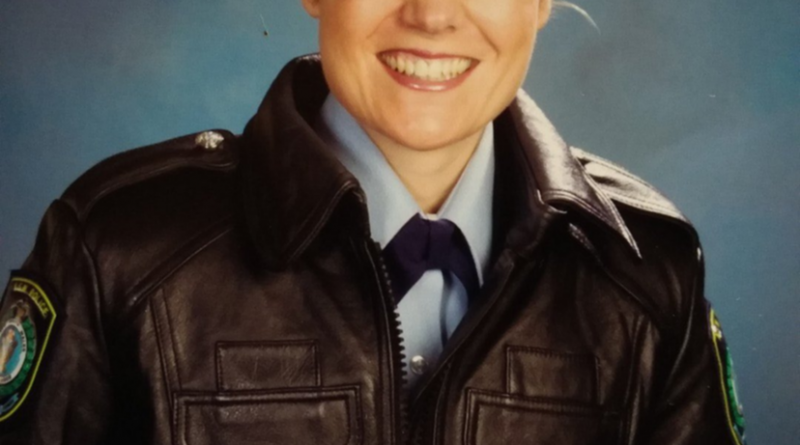 Cause:  Drowned – Off Duty – Rescue attempt in swift water

KELLY SHOULD BE mentioned on the Sydney Police Centre Memorial Wall, Surry Hills

Kelly, prior to joining the ranks of NSWPF was a Teacher.

Chifley Police District
21 January 2021  ·
From all of us at Chifley Police District, we would like to thank the community for their love and support in relation to the untimely death of Senior Constable Kelly Foster.
As you can appreciate, we are expecting a significant gathering to bid her farewell, and with the current COVID restrictions, not everyone who would like to pay their respects in person will be able to do so.
We are urging members of the public not to attend the church; instead, please demonstrate your community spirit by forming a socially distanced line along either side of Bridge Street (between Mort and Short streets) from 1:30pm tomorrow (Thursday) to view the procession as it leaves the church.
On behalf of Kelly’s family and the broader NSW Police Force family, thank you for your ongoing support.

Chifley Police District
ROAD CLOSURES FOR FUNERAL OF SENIOR CONSTABLE KELLY FOSTER-
THURSDAY 14/1/2021.
CHIFLEY PD
Police advise of a soft road closure of Bridge Street Lithgow at the intersection of Mort Street- the road will be closed all the way to the intersection of Short Street and includes closure of the Church St intersection with Bridge St. Residents will be able to enter and exit by advising Police at the traffic points. Road closed from 6 am until abut 4 pm. The funeral commences at 12.30 pm

Snr Cst Foster attested on 27 August 2010, after which she commenced duties as a probationary constable at Newtown Local Area Command.

She was confirmed as a constable in May 2012.

In May 2014, Snr Cst Foster joined the State Crime Command working as an intel analyst until May 2020.

She was most recently working at Chifley Police District, stationed at Lithgow Police Station.

NSW Police Acting Commissioner Mal Lanyon has extended his condolences to the Foster family on behalf of the NSW Police Force.
“It’s a very sad time for the NSW Police Force and Kelly’s death is a loss to the whole community,” Acting Commissioner Lanyon said.
“To hear reports that Kelly was trying to help another woman when she died demonstrates her commitment to the community she served and the ability to put the needs of others before her own.
“Kelly was a highly regarded and dedicated officer who will be sorely missed by colleagues across the force.
“Her policing career was put on hold when she was diagnosed with breast cancer, however, her strength to survive this and return to work is another testament to her strength and resilience.
“Above all, Kelly was a kind and loving daughter, sister and partner.”

Snr Cst Foster’s family have requested privacy at this time.

There has been a sad end in the search for two missing canyoners after they were sucked into a whirlpool in regional NSW.

The women had not been seen since disappearing beneath the water’s surface on Saturday in Wollangambe Canyon at Mount Wilson, north of the Blue Mountains.

But on Sunday, police divers joined the search and located two bodies around midday.

The other woman is believed to be an international student, aged 24, from Chiswick.

She is yet to be formally identified and police are waiting for confirmation that family members are notified.

Witnesses told police the younger woman fell off her inflatable lilo and it was swept into the whirlpool.

Snr Cst Foster was also swept out when she tried to rescue her.

The other members of the group were uninjured.

A report will be prepared for the coroner.

The Port Hacking High School community is saddened by the tragic news that former student, NSW Police Senior Constable Kelly Foster, who lost her life in a tragic canyoning accident over the weekend.

“Kelly graduated in 1999 and according to her peers was very smart, kind, had an easy going nature and always put others before herself,” a statement on the Port Hacking High School Facebook site said today.

“We send our deepest condolences to Kelly’s family and friends at this time.”